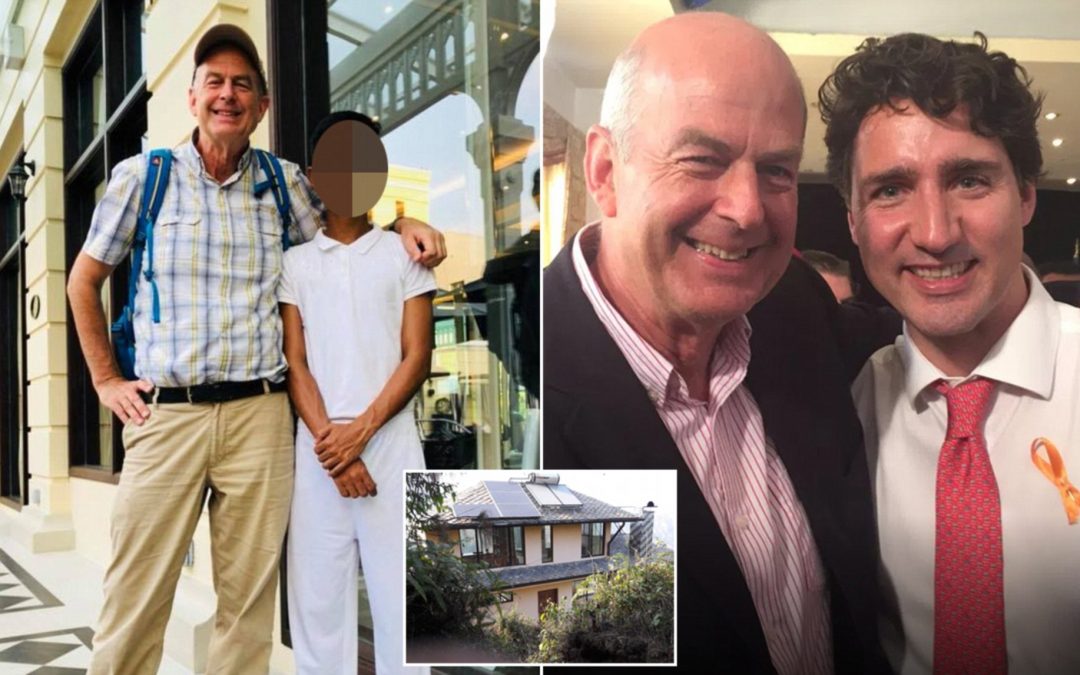 With Jeffrey Epstein and Prince Andrew making headlines across mainstream media around the globe, many people who weren’t aware of elite level pedophilia have now had their minds blown wide open. Despite the fact that there has been strong evidence of this activity for decades, many people dumped this topic in the conspiracy theory category, and many professionals actually categorized victims who came forward as having schizophrenia. It’s far from a conspiracy, and based on our years of research here at Collective Evolution, the trafficking of children and elite level pedophilia goes even beyond that and into the murder and ritualistic abuse of children. A large percentage of the global elite are implicated, in the royal families, the Vatican, and in the fields of finance, politics, and other places of great power. We are talking about the majority of people who set political policy, control our finances and people we are made to be idolized.

The latest example, apart from the Jeffrey Epstein stuff, comes from Peter Dalglish, an order of Canada recipient, and an Ex chief advisor for the United Nations Child Labour Program. He has quite the resume, apart from being a senior UN official he founded the charity known as “Street Kids International.”

The police force in Nepal took Dalglish from his home a couple of years ago in a district north of Kathmandu. The police said that two children, aged 12 and 14 years old, were rescued from the home. The police alleged that the children were lured with a promise of education, work and foreign travel before they were sexually abused by Dalglish.

Kabit Katwal, the deputy superintendent of the Nepal Police whose investigation led to the arrest of Dalglish, said the following:

We made several surveillances for several days and it is the outcome of our dedication. We’ve spent lots of time to bring Peter Dalglish into the frame of justice. We firmly believe he’ll be convicted because he committed the crime. We are pretty sure that the case will not fail…The evidence is there, the confession is there, the victims clearly told the story of how they become victimized. So everything is crystal clear. (source)(source)

His Canadian lawyer, Nader Hasan, said Dalglish’s family and friends are devastated by the verdict and that his legal team plans to file an appeal. Hasan said there is no clear timeline when the judge will issue a written verdict or when sentencing will take place — both of which have to happen before he can file an appeal. Dalglish, 61, could be facing a prison sentence of 10 years or longer, Hasan said.

An Associated Press investigation into the United Nations (UN)  revealed that over the past 12 years, there have been approximately 2,000 allegations of sexual abuse and exploitation by UN peacekeepers and other employees around the world. Over 300 of those cases involved children; however, very few perpetrators have actually been arrested and held accountable for their crimes.

Ex Nebraska policewoman, Kathryn Bolkovac, who served as a UN peacekeeper and worked under DynCorp, a military contractor, where she learned about elite level sex trafficking involving the UN, the State Department & Military also been quite active in exposing this type of activity as well. You can read more about that here.

A paper by Dr. Rainer Kurz published in European Psychiatry entitled “The cremation of care ritual: Burning of effigies or human sacrifice murder? The importance of differentiating complex trauma from schizophrenia in extreme abuse settings,” says that such revelations of child sexual abuse have put us into a ‘new reality’:

In the wake of institutional abuse enquiries and the ‘unbelievable’ child abuse perpetrated by celebrities like Jimmy Saville and Ian Watkins, a ‘new reality’ is setting in that child abuse is pervasive and knows no limits. Reports of elaborate rituals with ‘mock’ human sacrifices at the highly secretive annual ‘Bohemian Grove’ summer festival point towards a pervasive interest in the occult in high society. Mental health professionals have a ‘duty of care’ towards their service users. Unless clear and irrefutable counter-evidence is available it is inappropriate to claim that disclosures of extreme abuse and/or human sacrifice rituals are ‘delusions’ and indicative of Schizophrenia.

When it comes to these pedophile rings and what goes on within them,  the paper linked above cites multiple papers and explains multiple cases:

Epstein, Schwartz & Schwartz (2011) described cases of ‘Forced Impregnation’ by cult members which were followed by Human Sacrifice rituals. They also described UK based abuse groups forced ‘child-on child’ sex abuse salient to the case. Sc0tt (2001) described the casual ease with which some abuse perpetrations torture and kill. 36 survivors completed her survey of whom 34 claimed abuse by members of their immediate family, and 21 by one or both parents. For 34 ritual abuse in childhood involved murder and for 16 involved forced childbirth/abortion. Bekker, Karriker, Overkamp and Rutz (2008) found in their extreme abuse survey that ‘forced impregnation’ by 40 % of 1041 of adult survivors and 33 % of  82 child survivors, and disclosed to 70 percent of 221 professionals bearing witness. Murder of a ‘breeder baby’ by the perpetrators was reported by 26%, 18% and 55% respectively. Witnessing murder by perpetrators was reported 56%, 43% and 77% respectively.

Research eventually led to the Franklin scandal that broke in 1989 when hundreds of children were apparently flown around the US to be abused by high ranking ‘Establishment’ members. Former state senator John W DeCamp, cited as one of the most effective legislators in Nebraska history, is today attorney for two of the abuse victims. A 15 year old girl disclosed that she had been abused since the age of 9 and was exposed to ‘ritual murder’ of a new born girl, a small boy (who was subsequently fried and eaten) and three others.

The key sentence above is “when hundreds of children were apparently flown around the US to be abused by high ranking ‘Establishment’ members.” Evidence shows that Jeffrey Epstein, for example, was involved in blackmailing high ranking people, like politicians, bankers entertainers etc. His job may have been to work with various intelligence agencies and entrap these important people, filming them, for example, while they engaged in inappropriate acts.

Epstein had a lot of dirt on a lot of people, which is why he was probably murdered.

Our Interview with One Brave Survivor

Anneke Lucas is an author, speaker, advocate for child sex trafficking victims, founder of the non-profit organization Liberation Prison Yoga, and creator of the Unconditional Model.

Her work is based off her 30-year journey to restore her mental and physical wellbeing after surviving some of the worst atrocities known to humankind before the age of 12. Sold as a young child into a murderous pedophile network by her family, she was able to escape after nearly six years of abuse and torture.

She was raped over 1,700 hours during her years of horrifying abuse. Children were scared into silence, and members of the network killed those who threatened to go to the police. At the age of 11, it was decided she was ‘of no use anymore’ and was literally moments from being killed on a butcher’s block.

We recently conducted an interview with her. Below is a clip from the four part series, as it was a very long and detailed interview. You can access the full interview and start your free trial HERE on CETV, a platform we created to help combat internet censorship and allow us to continue to do our work and get the word out about various issues and topics.

Many things are coming to light about our world that were once hidden. It’s all part of the tremendous shift in consciousness that’s happening on our planet right now, as we awaken to multiple truths. In order for them to stop, we first have to become aware, and that’s what we are going through right now. How much of a surprise is it, though, that the world’s elite would be involved in what seems to be such psychopathic behaviour? In many ways, is our world not a reflection of psychopathic leaders? At the end of the day, we are all co-creating this human experience, and the more we come together on various issues that the elite seeks to divide us on, the better.