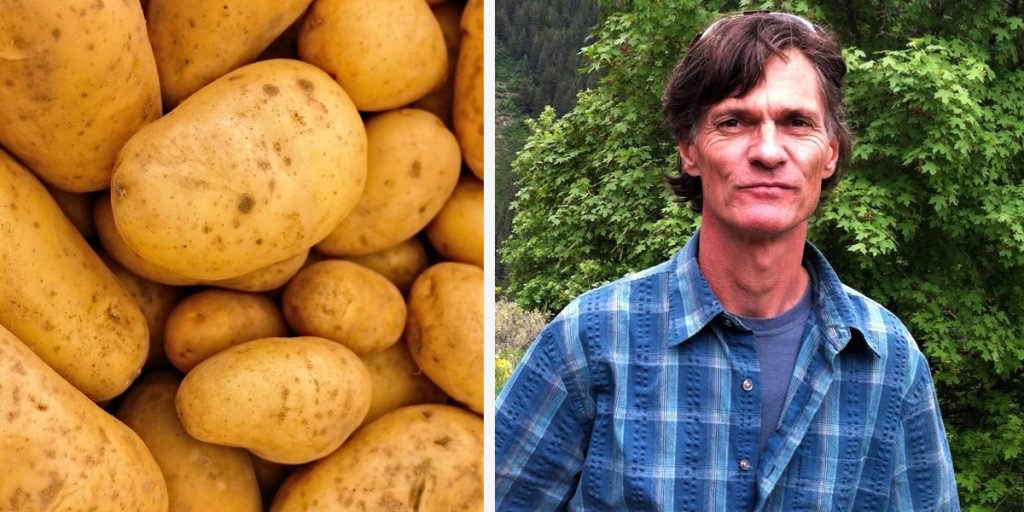 There are clearly, undoubtedly, multiple concerns that arise from the genetic engineering of our food. We are past the second decade since their approval and for a long time, the ‘corporatocracy‘ used its stranglehold on media, education (CIA relationship with media/academia document, read more about it here & here) and overall human consciousness to persuade the human population, health professionals and many within academia that GMO food was completely safe.

They went further by claiming that GMOs could be a great solution to world hunger, climate change, and other factors that are made out to be a threat to global security. It’s the same way the elite use terrorism to impose even more restrictions and security measures on humanity like mass surveillance. Many of these issues don’t exist as we are made to believe they do. They are simply manufactured so the same entity can then propose their solution, all in the guise of the savior while really having ulterior motives.

After observing this, the question then became: How could a human in good conscience do something that they know will be harming many other people?  People of high stature are now coming forward, and have been coming forward for years saying this is actually what has been happening. This is all part of the shift in consciousness on the planet right now. The only problem is, GMOs are still taught and viewed as a good thing within schools, especially in post-secondary education. This type of brainwashing that’s been targeted towards academia will change as we keep discussing these things and more people become aware.

This is why the CIA has always kept a close relationship with mainstream media & academia: to manipulate the population, their thoughts and beliefs towards certain things. We are living in an age of mass propaganda and brainwashing, and admittedly, it is done in a very clever way.

Just Look At The Science

Even if we put whistle-blowers on pause and just look at all of the science, that’s enough. There is a reason why GMO products and the pesticides that go with them are completely banned in several countries. It’s simple: human and environmental concerns should be paramount. No product should receive approval before all doubts are put to rest. No debate should exist. In North America, the corporations control politics and control the policy behind this, as well as the ‘science’ that deems these products safe. It’s all company-sponsored science, which greatly contrasts the science published independently around the world.

The GMO-Cancer rat study is a great example.  This article is one that correlates them with more than 22 diseases. It’s not hard to see, too often we put our minds in the hands of others, and unfortunately many times it’s an academic institution that is completely controlled by ‘the powers that be.’ We just saw a massive conflict of interest disclosed with regards to cancer care and a major medical figure, you can read more about that here. A lawsuit even forced the FDA to divulge secret files it had pertaining to GMOs, and how the science used to approve them was completely fraudulent, manipulated and changed. Scientists were even brainwashed.

There are also WikiLeaks documents pertaining to GMOs showing just how politicized these matters are; the US even threatened to cause ‘economic war’ to countries who refused their product.

“The US Department of State is selling seeds instead of democracy. This report provides a chilling snapshot of how a handful of giant biotechnology companies are unduly influencing US foreign policy and undermining our diplomatic efforts to promote security, international development and transparency worldwide. This report is a call to action for Americans because public policy should not be for sale to the highest bidder.” – Wenonah Hauter, Food & Water Watch Executive (source)

The problem goes far beyond the marketing of GMOs as a solution to world hunger and climate change. We really have to turn off Bill Nye the science guy and all the other mainstream brainwashing and get really get serious here.

Ken Roseboro is editor and publisher of The Organic & Non-GMO Report, a monthly news magazine that focuses on threats posed by GM foods and the growing non-GMO food trend. He sat down with Caius Rommens, who was Director of Research at Simplot Plant Sciences from 2000 to 2013 where he led the development of the company’s genetically engineered Innate potato. Over time, Rommens started to have serious doubts about his work and worried about potential health risks from eating the GMO potatoes, which are now sold in 4,000 supermarkets in the United States. Prior to this he worked at Monsanto as a team leader.  At Simplot, he designed a genetically modified potato that he believed “was resistant to bruise and late blight, and that could be used to produce French fries that were less colored and less carcinogenic than normal fries.

The following came from this interview with Rommens:

Interviewer: The main genetic engineering of the Simplot GMO potatoes…was silencing genes called RNAi. What are some of the possible negative consequences of silencing genes?

He is telling us that silencing the PRO (polyphenol oxidase, a gene responsible for browning in potatoes) gene increases toxins that accumulate within the GMO potatoes.

Interviewer: Why are these toxins are produced and what effects they could have on human health?

Rommens: Ex-colleagues of mine had shown that PPO-silencing increases the levels of alpha-aminoadipate by about six-fold. Alpha-aminoadipate is a neurotoxin, it can also react with sugars to produce advanced glycoxidation prouducts implicated in a variety of diseases.

This is obviously concerning, and makes one wonder how these ‘things’ were approved for human consumption. In 2009, an application for the approval of a Monsanto GM corn variety, LY038, was denied in Europe after regulators there found it to have high concentrations of alpha-aminoadipate.

Rommens: Similarly, ex-colleagues had shown that the damaged and bruised tissues of potatoes may accumulate high levels of tyramine, another toxin. Such damaged tissues are normally identified and trimmed, but they are concealed, or partially concealed, and much of it is not trimmed in GM potatoes. Therefore, it seems important that Simplot should determine the full spectrum of possible tyramine levels in their GM potatoes. Another potential toxin is chaconine-malonyl. There is little known about this compound, but ex-colleagues had shown that it is increased by almost 200 percent upon PPO-silencing. This should probably be investigated.

They key factor here is the impact of GMO technology on the proliferation of a variety of diseases.

Rommens Retracts His Own Paper

A paper published by Rommens and colleague J.R. Simplot, also a former Monsanto employee, entitled Crop Improvement through Modification of the Plant’s Own Genome, was later retracted by the authors themselves after they admitted to fraud. According to the abstract,

Plant genetic engineering has, until now, relied on the incorporation of foreign DNA into plant genomes. Public concern about the extent to which transgenic crops differ from their traditionally bred counterparts has resulted in molecular strategies and gene choices that limit, but do not eliminate, the introduction of foreign DNA. Here, we demonstrate that a plant-derived P-DNA fragment can be used to replace the universally employed Agrobacterium transfer T-DNA. Marker-free P-DNAs are transferred to plant cell nuclei together with conventional T-DNAs carrying a selectable marker gene. By subsequently linking a positive selection for temporary marker gene expression to a negative selection against marker gene integration, 29% of derived regeneration events contain P-DNA insertions but lack any copies of the T-DNA. Further refinements are accomplished by employing Ω-mutated virD2 and isopentenyl transferase cytokinin genes to impair T-DNA integration and select against backbone integration, respectively. The presented methods are used to produce hundreds of marker-free and backbone-free potato (Solanum tuberosum) plants displaying reduced expression of a tuber-specific polyphenol oxidase gene in potato. The modified plants represent the first example of genetically engineered plants that only contain native DNA.

Except, that wasn’t true. As the retraction notice suggests, Rommens appears to be an expert in the properties of ring fries, but in fact he just made stuff up:

This article has been retracted at the request of the authors. Retraction is based on three inaccurate statements of facts that are associated with a plant-derived transfer DNA. Two of the inaccuracies were described on p. 422 (first paragraph of the “Results” section): the plant-derived transfer DNA was not isolated from pooled wild potato (Solanum tuberosum) DNA but, instead, from DNA of the commercial potato var Ranger Russet, and its sequence was not confirmed by inverse PCR. Furthermore, the sequences of the left and right border-like regions shown in Figure 1B reflect transfer DNA-like primer sequences and are not present in the Ranger Russet genome. The corresponding author, Caius M. Rommens, takes responsibility for the inaccuracies and sincerely apologizes to the readers, reviewers, and editors of Plant Physiology.

A clear picture is coming into view that these companies developing and producing GMOs have absolutely no regard for science, truth, or humanity itself. Jane Goodall explains what happens with regards to the process of approval, in the foreword of the book Altered Genes & Twisted Truth:

“As part of the process, they portrayed the various concerns as merely the ignorant opinions of misinformed individuals – and derided them as not only unscientific, but anti-science. They then set to work to convince the public and government officials, through the dissemination of false information, that there was an overwhelming expert consensus, based on solid evidence, that GMOs were safe.” (source)

The manipulation of science by GMO proponents in order to get them approved, and become filthy rich at the expense of the environment and human health is clearly a dangerous problem. Biologist and author David Suzuki were right when he said that humanity has become one massive genetic experiment. The genetic modification which has and does occur in nature is far different from what these biotechnology companies are doing. I go into much more detail about that in a previous article. Thankfully, we have courageous scientists with integrity like Caius Rommens who are willing to abandon their lucrative careers in favor of human safety and the truth. For further reading, please refer to the articles linked below.

Why Bill Nye is not a Science Guy – What He Gets Wrong About GMOs.

GMOs are a topic like vaccines, where it’s difficult to publicly question without being ridiculed. Ridicule is one of the main strategies of those who back these products. When you step away from your television, mainstream academia, and corporate science, and simply do your own research without someone telling you how things are, the picture becomes quite clear. For anybody who has done any type of in-depth research and looked at both sides of this coin, it’s hard to fathom how any human being could not come to the same conclusions.

At the end of the day, it’s one of many great examples of seeing how the corporations control government policy in North America, and the lengths they will go to in order to have their products approved, by-passing and completely controlling regulatory agencies while completely ignoring human health. But we are awakening to all this at an accelerating pace, and we are gaining confidence that we have the choice and the power to say NO to GMO.