Exiting The Matrix In The Now Moment 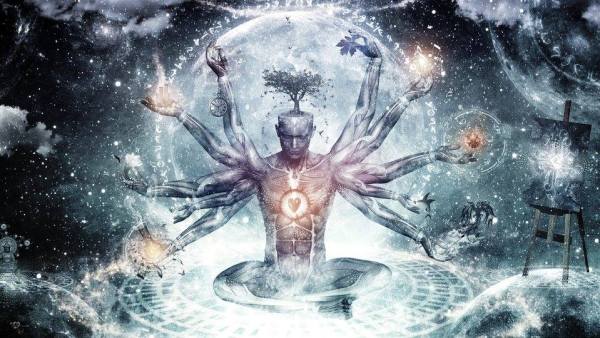 Exiting The Matrix In The Now Moment

TIME and SPACE are not linear. There is no past or present, there is only the moment of NOW. However, most people are living in a linear timeframe, and they are not living IN THE MOMENT. Because of this, most people regret their past, are unhappy with their present and fear their future.

The lower lords (beings and energies that are in Service-to-Self) take us out of the moment (among many other manipulations made during human genetic engineering) in an effort to “dumb us down” for a more successful “prison population” on this maximum security prison planet. One way they do this is by building extreme XENOPHOBIA (the fear of things not native to our planet or plane of existence) into the human genome to make us fearful about the truth of our existence and other life forms.

The POLARITY of this realm is unintegrated as intended by the lower lords. An integrated polarity is peaceful, pleasant, and balanced. As a matter of fact, the rise of cancers and other dis-eases are largely caused by the idea of individuation and separation on a consciousness level along with the physical environmental factors.

There are many more realities and existences playing out simultaneously that our conscious mind is unaware of. Two of the components of our present dimensional reality are Time and Space.

If you hold Time constant and vary Space, you create a PROBABILITY REALITY (i.e., you in your present location on this date, you coexisting in another location in a different part of the world on this date, etc. Also, we constantly create and move into many probability realities even in our present location during the course of each day but are unaware of this phenomenon on our conscious waking level).

If you hold Space constant and vary Time, you create PARALLEL EXISTENCES allowing you to experience past and future lives simultaneously.

When people put enough energy and emotion into a dream or during the waking state (i.e. “daydreaming”), they create another self, living this reality. You can literally be living simultaneous lives within this reality. Everything is always present simultaneously (past, present, future all at once) which we can feel happening in the dream state as well.

When there is more than one person in a room, a CONSENSUS REALITY is formed, ALWAYS. This is how consciousness works. Most people are not even aware of this, but if you pay attention, you can perceive this phenomenon whether there are 2 people or 2,000 in the room. In other words, everyone with a consciousness will agree that an object is the same, like an apple, but each person perceives this apple in a different way (color, taste, texture, origins, etc.)

In a broader sense, we are in a Consensus Reality with all of Creation but we are not aware of it on a conscious waking level because we have been conditioned to believe that we are not all connected to each other and everything else. We must learn not to place a judgment or value on reality or it will vary even more.

Every moment of existence has the potential to shift an individual into a pre-existent Probability Reality. It’s usually very subtle, but we can train ourselves to be aware of it.

This can be compared to a Holographic Reality which is made with laser beams, mirrors, and photo film. If you were to cut a negative into 1000 pieces, you could still reconstruct the entire hologram but your angle of viewing within the hologram would be different. Now imagine trillions of beings doing this all at once!

The key to living a positive and productive life is to FEEL from your Heart Center. Be in unconditional love and don’t seek it out, but rather let it come to you. If even one cell in your body feels fear, you will negate all unconditional love in the rest of the cells in your body, so it would behoove us all to stay in our spiritual center of balance: The Heart Center (commonly called the heart chakra) is our spiritual center of balance and a space known only to you and where all truth and wisdom resides.