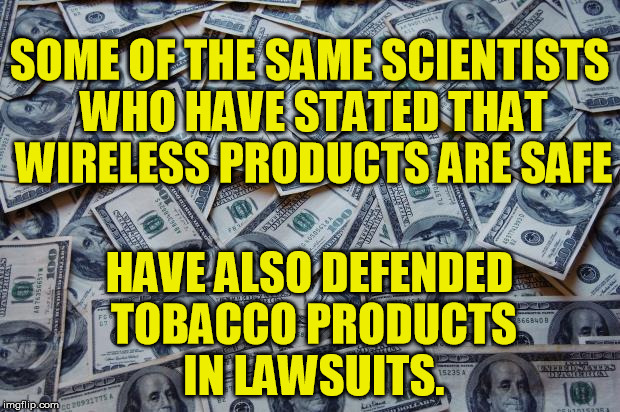 If You Don’t Want Cancer and You Know it, Use Wired Internet.

CBS News recently posted a guide on their website that most viewers – even children – would be able to easily understand:  “Cell Phones & Cancer:  8 Dumb Ways to Boost Possible Cancer Risk.”

Those who debate harm also insist that safety testing is conducted on all sources of wireless radiation to protect us from potential harm from exposure.  However, they don’t mention that measurements are based on tests performed on plastic mannequin heads and body parts – not humans, animals, or any living tissue.

Many scientists insist that there is enough scientific evidence that shows that all sources of Wireless Radiation should be reclassified as Carcinogenic – not a “Possible Carcinogen.”  Dr. Anthony Miller, longtime World Health Organization advisor stated that

…radiofrequency (RF) radiation from any source – such as the signals emitted by cell phones, other wireless and cordless and sensor devices, and wireless networks – fully meets criteria to be classified as a “Group 1 carcinogenic to humans” agent, based on scientific evidence associating RF exposure to cancer development and cancer promotion.

According to other researchers, as many as 1/3 of the population is “sensitive” to wireless radiation and other sources of electrical pollution (Electrosmog) and 3% is clinically sensitive.

This “sensitivity” may not result in cancer; however, it may lead to a condition first discovered in the 1950s called “Microwave Sickness.”

Like second hand smoke, your wireless choices and habits affect everyone else around you including your children, even if you don’t feel that you are being affected. 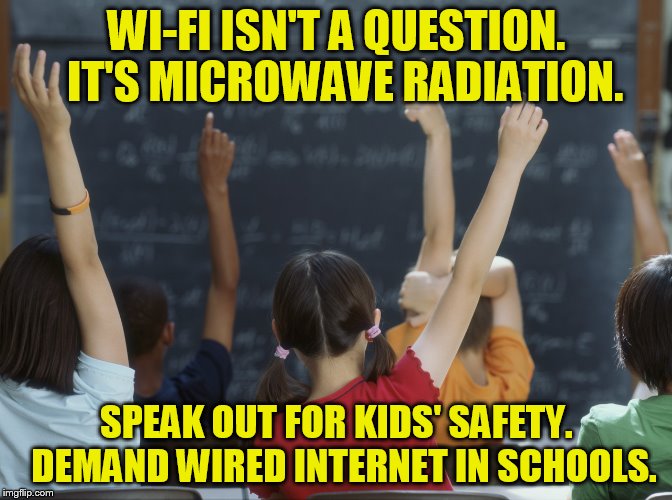 Pets may also be affected.

Nature and wildlife are also affected and wireless radiation and Electrosmog may be contributing to climate change.

Sickness from wireless radiation and Electrosmog exposure may not be immediate; however, it is cumulative.  You and your loved ones may be fine for a while and then eventually not so much.

This is why many – including firefighters – try to prevent cell towers from being installed in their neighborhoods and communities.

Exposure may not cause new health conditions.  But like any toxin or pollution, it may contribute to pre-existing conditions becoming worse.

The National Toxicology Program (NTP) announced that the draft reports on its $25 million animal study on the cancer risks associated with cell phone radiation will be released on February 2, 2018.

Despite what is released, it will likely be debated.  There’s a lot of money being made from all of this technology.

Those who are making money though limit how much they use it and keep it away from their children because they’ve at least suspected its potential for harm.

We have gone through this for decades already with The Tobacco Industry which is now commonly referred to as “Big Tobacco.”  Despite some noteworthy progress, we’re not even close to winning “The War on Tobacco.”

We’re also going through something similar with the Pharmaceutical Industry which coincidentally is being referred to as “Big Pharma.”

Here are some “expert” quotes from the 1960s regarding the “health benefits” from smoking cigarettes:

▪   Max Cutler, cancer surgeon of Chicago: “I feel strongly that the blanket statements which appeared in the press that there is a direct and causative relationship between smoking and cigarettes, and the number of cigarettes smoked, to cancer of the lung is an absolutely unwarranted conclusion.”

▪   Sir Charles Ellis, Senior Scientist at British American Tobacco Company: “It is my conviction that nicotine is a very remarkable, beneficent drug that both helps the body to resist external stress and can as a result show a pronounced tranquillizing effect.” [3]

▪   Ian MacDonald, a Los Angeles surgeon: “For the majority of people, smoking has a beneficial effect.” (Source)

The following organizations are trying to make positive change.  Please reach out to them:

▪   We Are The Evidence (https://wearetheevidence.org/)

▪   PBS’s “Sesame Street” Airs Segment with Elmo and “Smarty” the Smart Phone. Almost Every Other Media Outlet on the Planet Reports about Technology Harming Children