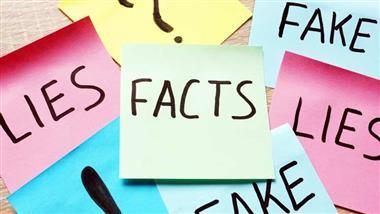 NewsGuard, which claims to rate news sources based on a set of credibility criteria, has since its inception rated mercola.com unfavorably. In March 2020, NewsGuard dismissed us as a misinformation site based on an article in which I asked whether the Wuhan Institute of Virology might be the source of the COVID-19 pandemic. In his March 4, 2020, email, NewsGuard analyst and deputy health editor John Gregory wrote:

“We are updating our rating to reflect Mercola’s coverage of the novel coronavirus strain, known as COVID-19. In an article titled ‘Novel Coronavirus — The Latest Pandemic Scare,’ the site promotes two unfounded conspiracy theories about the virus’ origins:

The article stated: ‘In January 2018, China’s first maximum security virology laboratory (biosecurity level 4) designed for the study of the world’s most dangerous pathogens opened its doors — in Wuhan. Is it pure coincidence that Wuhan City is now the epicenter of this novel coronavirus infection?’

There is no evidence that the Wuhan Institute of Virology was the source of the outbreak, and genomic evidence has found that the virus is 96% percent identical at the whole-genome level to a bat coronavirus.

The article also stated that ‘the hysteria being drummed up follows a now well-worn pattern where the population is kept in a perpetual state of anxiety and fear about microbes so that drug companies (aided by federal health officials) can come to the rescue with yet another expensive (and potentially mandatory) drug or vaccine.’

It later suggested the outbreak was timed to coincide with the presidential budget request in order to benefit ‘the Pharma and public health lobby.’ No evidence is provided to back this conspiracy, nor does any appear to exist. Why did Mercola.com publish these claims, despite the lack of evidence backing them up?”

There’s No Shortage of Evidence

In our reply to Gregory, we provided a series of publications1,2,3,4,5,6,7,8 — including documentation from the U.S. State Department and published research — that, taken together, strongly suggest the WIV might have been the source of the outbreak, thus forming a firm foundation upon which to ask the simple question: Did the virus originate in the Wuhan lab?

It didn’t help my case any, of course, because NewsGuard is not in the business of upholding truth in media. They’re about upholding the illusion of truth in media, simultaneously suppressing truth and promoting disinformation that maintains a pro-industry narrative.

All of my health articles reference published research and I’ve even published my own research in peer-reviewed journals, the last of which was a scientific review9 on the impact of vitamin D in COVID-19 — co-written with William Grant, Ph.D., and Dr. Carol Wagner, both of whom are part of the GrassrootsHealth expert vitamin D panel.

None of that matters to NewsGuard. According to them, I’m peddling unscientific misinformation. End of story. Never mind the fact that I also have a long medical background and had a successful medical practice for many years.

The same hoaxer label has been slapped on countless distinguished medical professionals, researchers and scientists, including Nobel Prize winners, over the past year. The thing we all have in common is that we share information that counters the globalist, state-sponsored narrative.

Much more has come to light since Gregory’s email back in March 2020 so much so that in May 2021, several members of the U.S. Congress vowed to launch their own investigation to explore the lab accident theory.10,11

NewsGuard Is a Censorship Tool

When Big Pharma funds fact checkers, how likely are those fact checkers to find truth on alternative health sites? That’s a question worth pondering. When it comes to NewsGuard, Big Pharma’s fingerprints are all over their business plan.

The lead investor in the NewsGuard startup was the Publicis Groupe,12 one of the world’s biggest international PR firms, the client list of which reads like a Who’s Who of the international drug industry. It has offices in more than 100 countries and employs some 84,000 professionals,13including, undoubtedly, some of the best wordsmiths and mind-wranglers in the world.

As detailed in “The Web of Players Trying to Silence Truth,” Publicis also connects to the banking industry, educational institutions, Big Tech companies like Google and Microsoft, the U.S. State Department and Department of Defense, global technocratic institutions like the World Health Organization, pro-censorship groups like the Center for Countering Digital Hate (CCDH), global NGOs and the World Economic Forum, and dominating health websites like WebMD and Medscape.

These connections, taken together, explain how certain counterviews can be so effectively erased. Indeed, one of Publicis’ selling points is “the power of one.” It’s a one-stop shop, offering clients seamless end-to-end “marketing, communication and digital transformation, driven through the alchemy of data, creativity, media and technology, uniquely positioned to deliver personalized experience at scale.”14

In addition to being a global hub for pharmaceutical marketing, as a partner of the World Economic Forum,15 which is leading the call for a Great Reset of the global economy and a complete overhaul of society,16 Publicis is also linked to the technocratic, transhumanist deep state.

Censoring COVID-19 truth and manufacturing pro-industry propaganda simultaneously serves three key masters — Big Pharma, Big Tech and the deep state — as the pandemic is a manufactured psychological operation designed to usher in the Great Reset, all while allowing Big Pharma to make a killing on pandemic vaccines and using the “need” for vaccination as justification for biosurveillance.

April 27, 2021, Publicis tweeted out that it’s a proud NewsGuard partner in the fight against COVID-19 misinformation.17 It’s sort of ironic, because since when do PR firms specialize in truth? Publicis, in particular, is no stranger to misinformation.

The now defunct Purdue Pharma was one of its clients. Purdue went out of business in 2019 due to the thousands of lawsuits filed over its fraudulent marketing of OxyContin. Publicis created much of that marketing and is now also being sued over its role in the opioid epidemic by the state of Massachusetts.18

Publicis crafted misinformation about a dangerous drug, causing people to suffer and die by the tens of thousands. NewsGuard, however, doesn’t inform users that it’s funded by Big Pharma’s PR firm and therefore has no chance of impartiality on anything that concerns health.

If Publicis represents the drug industry, and the drug industry wants you to think you’re helpless against COVID-19 without their expensive drugs and vaccines, what do you think Publicis and NewsGuard will rate as “misinformation”?

Preventive strategies and alternative therapies, perhaps? You bet. And it doesn’t matter how much science there is to support such therapies, because it’s not about science. It’s about controlling what you believe works.

That paper came out in 2002. In 2008, two of the three original authors published a follow-up essay,20“Disease Mongering Is Now Part of the Global Health Debate.” Two years earlier, in 2006, they had helped organize the first international conference on disease mongering and were rejoicing in the fact that awareness was spreading. Fast-forward to 2020, and the whole world was successfully brainwashed into a state of chronic hypochondria.

Who’s Behind the CCDH?

NewsGuard’s health-related service, HealthGuard,21 is partnered with the CCDH, a progressive cancel-culture leader22 with extensive ties to government and global think tanks that is pushing the idea that anyone questioning the COVID-19 vaccine should be targeted and treated as a national security threat.

The CCDH is getting all sorts of free publicity, and no mainstream media or political leaders seem the least curious about where this organization came from or who funds it. Just how did CCDH founder Imran Ahmed have immediate power with federal officials, not only in the U.K., where it was founded, but in the U.S. as well?

As detailed in “Pressure Mounts to Ban My New Book From Amazon,” the CCDH is a one-man organization which, like Publicis, has connections to technocrat-led institutions that support the Great Reset.

By way of its board members, the CCDH can be linked to the Trilateral Commission, the Atlantic Council, the European Council of Foreign Relations, Save the Children Fund (funded by the Gates Foundation and a partner of Gates’ GAVI Vaccine Alliance), the British Parliament, the CIA and Microsoft.

CCDH board member Tom Brookes, for example, was a spokesman for Microsoft during its 2007 antitrust case.23 Chairman Simon Clark is a senior fellow with the Center for American Progress,24funded by “dark money” from a liberal Swiss billionaire.25 Clark also has ties to a participant of Event 201, former CIA deputy director Avril Haines.26

Event 201 was a coronavirus pandemic exercise27 held in October 2019 that foreshadowed and “played out” the draconian countermeasures implemented when COVID-19 appeared mere months later. Bill Gates, Bloomberg’s Johns Hopkins School of Public Health and the World Economic Forum were all participants.

Incidentally, a primary focus of that exercise was not how to best contain or combat the infection, but rather how to best censor and counteract problematic narratives about the virus, public disagreement with pandemic measures and doubts about vaccine safety. All of the suppression tactics discussed in that exercise were rolled out and became part of our everyday reality mere months later.

How Did CCDH Get Its Power of Influence?

Using CCDH reports as their basis, a growing number of American politicians28,29,30,31 and attorneys general32 have been making illegal requests to deplatform people and suppress free speech.

Why are they all referring back to the CCDH? This one-man show sprang out of nowhere. It has no history. It has no declared funding. All it has is a bunch of silent board members with ties to the deep state.

So, again, why are American politicians and attorneys general holding this group up as some preeminent source whose opinion is to be heeded, in violation of the U.S. Constitution no less? I could be wrong, of course, but it looks like the CCDH is nothing more than a deep state, probably pharma-funded, front group. And if so, what does that say about the politicians and attorneys general that kowtow to them?

The Truth About COVID-19 – ORDER NOW!

My new best-selling book, “The Truth About COVID-19,” is back in stock! Only a limited number of copies are available so get yours now before Amazon sells out again. 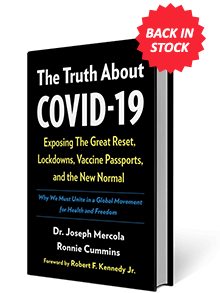