Five Self-indulgent Psychological Traps and How to Avoid Them 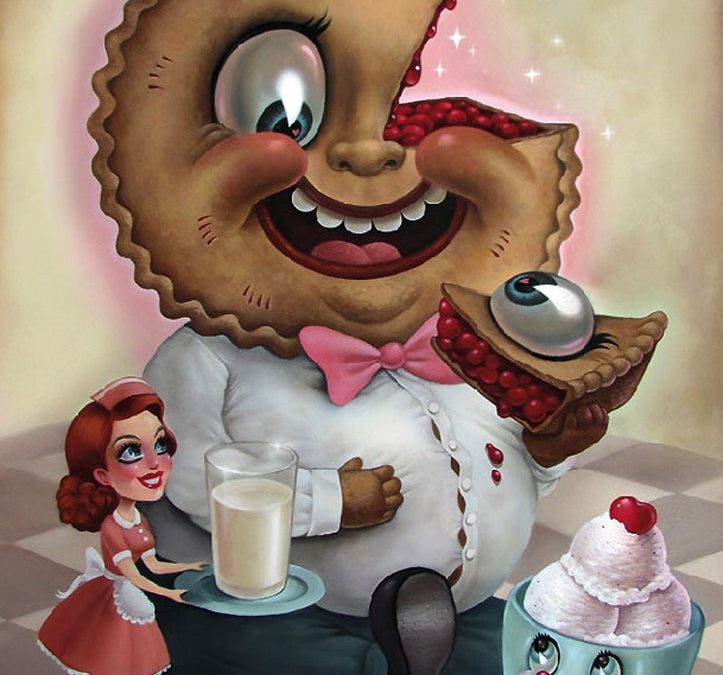 Five Self-indulgent Psychological Traps and How to Avoid Them

Drawing the line somewhere is always easier said than done. When it comes to the self-indulgent traps in this article, it is doubly so. That’s because these traps seem to be good for us. And maybe they are, in moderation. But they trick us into thinking that we cannot get enough of them. They play upon our deep-seeded fear of not having enough. They fool us into thinking we will miss out, or lose out, or starve, or become a victim to any measure of tragedy. They lull us into a state of blind contentedness that has the tendency to cause deep closemindedness.

As with all things, awareness is a crucial first step. When we are aware of the potential for traps, we are less likely to be caught by them. The following self-indulgent traps are definitely not exhaustive, but they are the most crucial. Let’s break them down…

“To philosophize is to learn how to die.” ~Michel de Montaigne

No philosopher is self-made. There are always antecedent conditions. The universe was here before we were born, and it will be here after we’re dead. Our pride is little more than a snowflake on the tip of an iceberg that came before us, a speck atop a mountain of hard-earned ancestry.

We are a smug and vain species, even as we stare like a deer in headlights into eternity. We’re a solemn and self-important animal, even as we’re dwarfed by a suffocating and colossal universe. Our pride blinds us to the impact of our privilege.

We imagine that we are mature beings who have evolved above our baser animal instincts. But we are not. When it comes down to it, we are a laughably young species attempting to evolve on an extremely old planet which is hurtling through an unfathomably ancient universe. In the grand scheme of things, we’re a floundering baby of a species. Yet we imagine we are gods, above nature, with the tendency to neglect the fact that we are nature.

That’s okay. Humility can be our saving grace. It can help us get out of our own way. Humility is the searing pain of seeing the light upon exiting Plato’s Cave. It’s collapsing into a pile of existential angst in the Desert of the Real after transcending the Matrix. It puts the ego in check so that we can finally be authentic with ourselves.

“Art should comfort the disturbed and disturb the comfortable.” ~Cesar A. Cruz

Comfort zones are overrated. Adventure is underrated. A big reason why we live in a profoundly sick society (any society that poisons its air, water, food, and minds is profoundly sick) is that we’ve grown too comfortable. We live easy, unchallenged, lazy, low-risk lifestyles with little to no adventure. Even worse, we live fear-based rather than courage-based lifestyles which exacerbates the sick society.

It’s not merely rebellion for adventure’s sake. It’s rebellion for health’s sake. For the sake of flourishing. Upheaval is vital. The applecart must be upset from time to time so that the apples don’t rot. So that passion isn’t smothered by apathy. So that the call to adventure isn’t muffled by the all too comforting coo of complacency.

The blue pill goes down so smooth, doesn’t it? Swallow it, relish in the sweet deception and blissful ignorance it provides—that soft pillowy cushion of safety and security. All you’ve got to do is not rock the boat, kowtow to authority, squabble at the feet of entrenched power, lick the boots of the hired thugs sent forth to enforce “law and order” at the barrel of a gun, all while willfully and ignorantly neglecting the fact that laws are fallible constructs designed by fallible men with too much power. All you’ve got to do is continue ignoring the red pill.

The bottom line is that there are too many whiney snowflakes crying about safety and security, and not enough courageous trailblazers willing to stretch their comfort zones at the risk of safety and security. That’s a problem. It leads to stagnation at best and regression at worst.

Choose courageous adaptability over conservative security. Our potential as a healthy evolving species is greatly hindered when safety and security are deemed more important than courage and adaptability. Because getting hung up on safety and security just keeps us entrenched in outdated modes of justice. But when we choose potential over safety, we’re less likely to get stuck in the first place. Besides, safety at the expense of freedom is a slippery slope into tyranny.

Rise above the “need” for safety and security at the expense of freedom and liberty. Become a well-armed lamb contesting all votes and proactively voting with your feet. Better yet, become a courageous lion and dare to become a brave David staring down the hyperviolent Goliath of the state.

“You don’t fuck around with the infinite.” ~Mean Streets

One of the most difficult things a human being can do is admit when they are wrong about something. Even with history as a crash course in exactly how wrong we usually are as a species. The hard shores of reality are littered with many an ideological shipwreck.

Certainty is next to catastrophe in an uncertain universe. Therefore, guard against blind belief.

Why is this? Because being in a state of certainty is making the mistake of vainly attempting to pigeonhole a utopia into an imperfect state, which inadvertently creates dystopia. Good intentions are irrelevant when one’s intent is to force notions of perfection into an imperfect condition or system, and humans, as well as the systems they create, will always be imperfect.

If you’re trying to be more openminded, try this: Don’t believe what you think; question what you think. The cure for certainty is curiosity. Question everything (especially yourself), practice using probability rather than belief, admit that you could be wrong about what you believe, and remain curious.

When we are attached to something, we’re all ego and no soul. We’re all ice and no fire. We’re rigid, hard, and invulnerable at the expense of flexibility, openness, and vulnerability. There’s so much armor around our heart that our soul can’t breathe.

When we are detached, however, Ego is led by Soul. Ego is dragged, kicking and screaming, toward enlightenment. True interdependence, despite both codependence and independence, becomes a higher probability.

When we are able to open ourselves to a state of healthy detachment from everything, we feel buoyant, timeless, and connected to everything. Through healthy detachment, we see how everything is attached. It’s a bittersweet irony. If we meditate deeply enough, our fragile identity shatters and is scattered by the wind.

But in our next breath, we become one with the collective unconscious. We feel the heat of the human condition. We smell its fear, taste its joy, understand both its desires and its delusions. We are reborn again and again, into the moment—the almighty infinite void of the Here and Now. And we are free. Free to detach, again and again. Free to trump comfort and security with a leap of courage. Free to trump belief and certainty with probability and curiosity. Free to self-overcome despite the many traps of self-indulgence that outflank us.

This article (Five Self-indulgent Psychological Traps and How to Avoid Them) was originally created and published by Self-inflicted Philosophy and is printed here under a Creative Commons license with attribution to Gary Z McGee and self-inflictedphilosophy.com. It may be re-posted freely with proper attribution, author bio, and this statement of copyright.