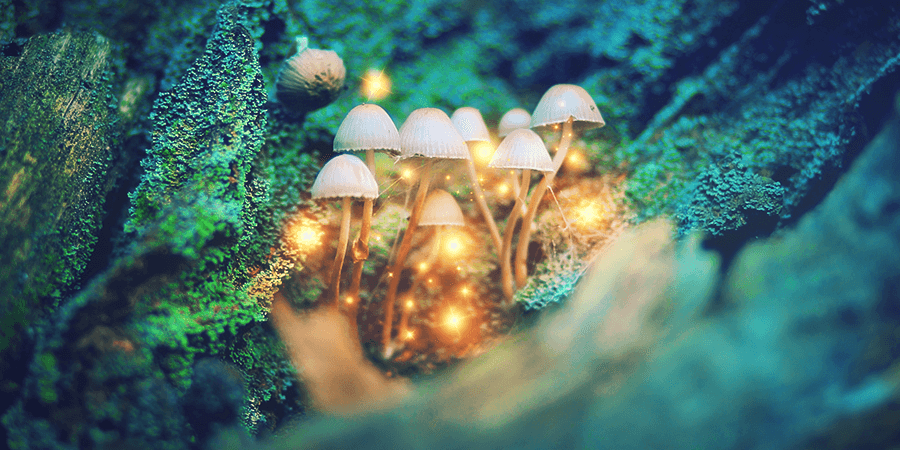 What are Flow States & How Microdosing

Can help achieve entering into a Flow State 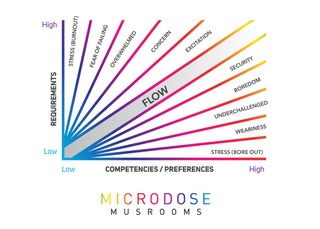 A flow state is something that every human has experienced in their life at one point or another. It is the mental state of feeling energized, focused, and fully involved in the performance of an activity; also, simply known as “being in the zone.” When achieving a flow state, your brain drops from the Beta Wave thinking space and shifts toward Alpha oscillations. Alpha waves are the resting state of the brain and aid in calmness, alertness, integration of the mind/body and overall mental coordination.

Flow states can be achieved through practices such as meditation, yoga, sports, exercise, or mentally challenging yourself in some way and microdosing psilocybin can aid in assisting this process. Microdosing can help users enter flow states due to its ability to dampen the effects of an often over-stimulated part of our brain, known as the “Default Mode Network” (DMN). The DMN is a large network of interacting brain regions which are known to have activity highly correlated with each other and distinct from other networks in the brain. The often over-stimulated DMN can cause humans to overthink and often step out of the “now” to question the past or future. There are many studies that suggest an overactive DMN can also cause depression. Since microdosing psilocybin limits the DMN, the brain is able to make connections between networks that would otherwise not communicate with each other. With a limited DMN, the effects of depression are limited, new brain connections are created, and these factors ultimately aid in the entering of a flow state.

“Ego” is the part of the brain that mediates between conscious and unconscious thoughts and is responsible for testing reality while also creating every individuals sense of personal identity. Microdosing Psilocybin helps remove the ego from our subconscious mind which allows users to be in free thought without questioning themselves. This ultimately allows the subconscious to shine. Ego is often associated with the prefrontal cortex of the brain, which is the brain region that carries out complex cognitive processes such as decision making and planning for the future. When users microdose mushrooms, the prefrontal cortex has little activity. This allows your brain to be free of making socially influenced decisions, allowing your subconscious to make immediate uninfluenced decisions, which ultimately leads to a flow state.

Flow states can be achieved while doing all sorts of tasks and are advantageous to everyone. Athletes may describe it as “being in the zone” and often say they feel as if the sport they are playing has slowed down for them. Students, employees and business owners benefit greatly from entering flow states as it allows them to complete tasks in a timely and efficient manner. Aside from this, entering flow states are advantageous for day-to-day tasks that may seem monotonous. Tasks such as cooking and cleaning may often seem like a chore; however, when you are in a flow state tasks such as this no longer seem dull and boring.

Some may wonder if microdosing on a continuing basis to avoid depression and entering flow states is beneficial or even feasible. The answer to that question is something that each individual must find on their own. Users of psilocybin have said that it allows them to find themselves and detach from the expectations set upon them by society, family, friends, etc. By opening your mind to who you really are and living your life the way you want to, entering flow states will come naturally on a day to day basis.

Microdose Mushrooms was founded by a group of mushroom advocates, who believe that mushrooms have a wide variety of health benefits that have yet to be fully discovered. That is why they are pioneers in supplying Canadians with access to research, information, guides, and the only mushroom product like it, on the market. 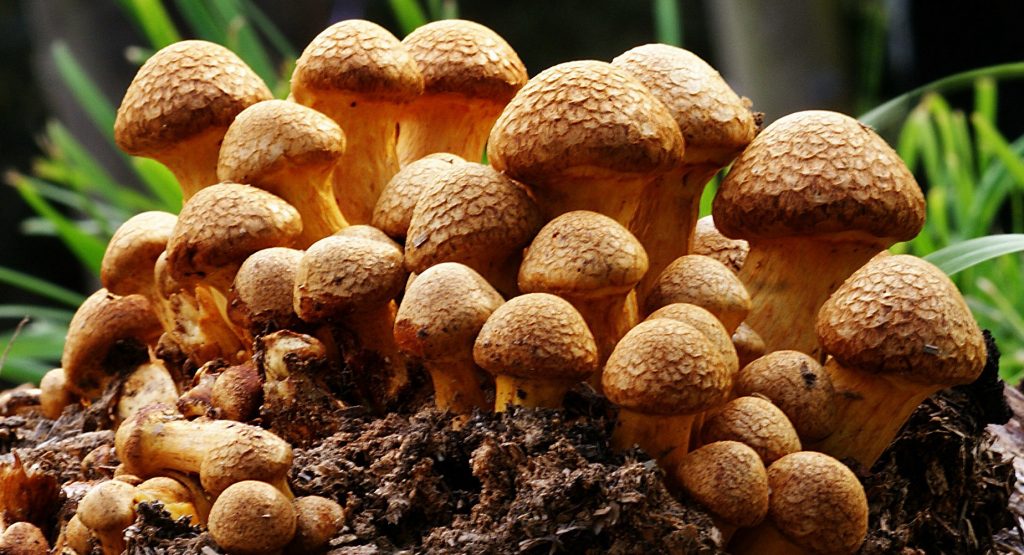