Forget Politician Puppets: It’s The Global Technocracy That Must Be Broken 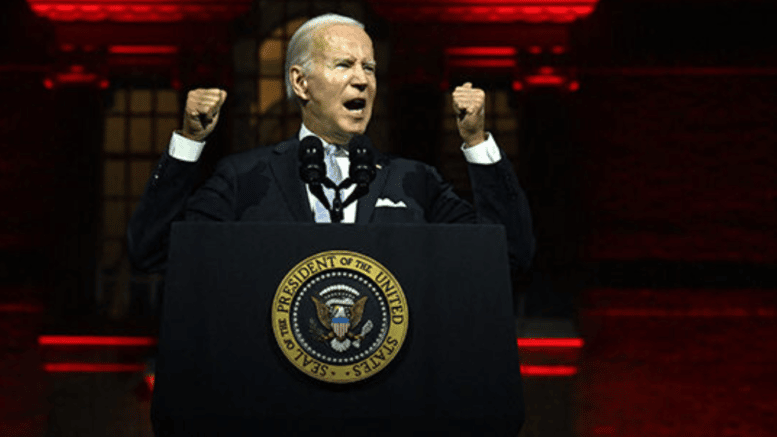 Forget Politician Puppets: It’s The Global Technocracy That Must Be Broken

Technocracy cannot be broken from the top down. It must be broken from the bottom up, in local communities where you live. Even though the “system” is orchestrated from the top, all the expression of it winds up being local. People around the world are beginning to get this and are taking action where they live. ⁃ TN Editor

There has been so much written about Joe Biden’s September 1 “Soul of a Nation” speech that I have resisted the urge to weigh in.

In a nutshell, Biden declared all MAGA Republicans to be enemies of the state, and seemed to be nudging America in the direction of one-party rule, which is essentially what we already have. It’s called the “uniparty.”

My concern is that people’s attention is too focused on Biden and Trump and not enough on the sweeping global transformation that is going on, and speeches like the one Biden delivered on September 1 are meant to keep us distracted and diverted.

The globalists are in their final stages of a plan to push the U.S. and the world into a new digital system that’s designed for near 100 percent compliance. “No person will be left behind,” as promised by the United Nations Agenda 2030 documents.

Regardless of where you fall on the political spectrum, you must not lose sight of the fact that Biden is nothing but a puppet on a string mouthing words that were meant to divide.

I say this as a person who is no Trump cheerleader. I fell out with Trump the first time I heard him brag about being the catalyst for the greatest medical genocide project in human history.

His controllers, the upper-echelon globalists, know they can’t take down the most powerful and wealthy country in the world unless it can be divided up along racial, political, social and religious lines. They will purposely create crises like the border debacle, violent crime waves and mass shootings, then use the media to gaslight the public on each side of that issue.

In reality, the problem would have never existed if they, the globalist predators, hadn’t flung open the borders and hadn’t funded prosecutors who refuse to prosecute violent offenders to the full extent of the law.

But if your goal is to destroy a nation, you know you must first destroy its social cohesion.

They look at how you stand on these controversies of their own creation and then assign you to one of two teams. Team Biden and Team Trump.

It just makes things so much easier for them when our eyes are diverted onto these two divisive puppets.

I’m still not sure if Trump is a willing puppet or if he simply fell into the role, but he is a puppet. If he were an actual president, exercising all of the powers invested in that office for four years, he would have fired all of the globalists on his team, or never hired them in the first place. But he surrounded himself with guys like Bill Barr as attorney general, Christopher Wray as FBI director, his own son-in-law Jared Kushner, General Mark Milley as Chairman of the Joint Chiefs of Staff, and many other globalists.

So the globalists are masters at manipulating public opinion through a roster of puppet politicians who are largely hated by their own national populations. Men like Biden, Trudeau in Canada, Mario Draghi in Italy, Emmanuel Macron in France, Mark Rutte in the Netherlands, Jacinda Ardern in New Zealand, they are all puppets of the World Economic Forum, which serves as puppet master.

The strength of the globalist system right now is that it really has no human face to which its opponents can rally against. It has national puppets, but this is a global system with no visible global leader, at least not yet. The closest thing to that would be Klaus Schwab but most average Joes still don’t know who he is. And even if they do, they’re not going to take him seriously because he’s too old and almost cartoonish in his villainous style of delivery.

The tyranny coming at us from so many angles is difficult to pinpoint because it is baked into a systemthat is supported by both of the two puppet political parties in the United States. They can rail against each other all they want but regardless of party they are, with few exceptions, all propped up by the same system that runs through Silicon Valley, Big Pharma, the intel agencies and the military-industrial-biomedical establishment.

This system can best be described as global technocracy.

Technocracy is the science of social engineering which results in a rule by “experts.” Technocrats hate politicians. Is it any wonder that they are making them look bad all over the world right now?

They want us to hate our political office holders, lose faith in the electoral system based on the voting machines they supply us, and they want us to see them as the saviors. The software engineers, unelected bureaucrats, scientists, those are the white hats riding to the rescue. Politicians can be changed out like used washrags but technocrats provide the permanent foundation, the glue that holds the liberal world order together. Trust them, we’re told. Trust the science! It was this religious fervor that went to Dr. Fauci’s head during Covid and led him to declare himself above questioning, boasting “I am the science!”

In this system, the anointed ones transcend us mere mortals and demand our submission.

Never mind that it was these very experts, the mostly nameless, faceless technocrats, who designed the system of oppression based on endless boosters, lockdowns by fiat and digital biopasses required for entry into public spaces.

Let me give you a couple of examples of how the systemic tyranny of technocracy reaches out to touch us in much more subtle ways, because if you can’t identify and reject the many small incursions, you will never have the courage to reject the big ones.

Nearly 23,000 Colorado customers with smart meters enrolled in the “AC rewards program” to get money back on their utility bills, but in return they give up control over their home thermostat. As is usually the case in these programs, they were asked to sacrifice a little of their personal autonomy for the “greater good,” and being obedient stooges of the liberal world order, they jumped at the chance.

Anything to save the planet, right?

The tools of technocracy almost always come with a dual purpose. One good. One entirely evil. In this case, conservation is a good thing. We shouldn’t be wasteful. But there’s always a catch.

Take a look at the brief news report below:

This is how these programs start. They begin as voluntary, with an incentive offered, usually a discount or rebate of some type, and it later becomes punitive.

One gentleman interviewed by the local news station said “this is not what we signed up for.”

But that’s exactly what he signed up for. This is what they want everybody subjected to under the Great Reset and the radical climate agenda being foisted upon the world by Klaus Schwab, Bill Gates, Larry Fink and the rest of the globalist predator class.

Another example came to me this week from a friend who drives a 2022 Ford F-150 pickup truck. He was driving along the road one day when up flashed a message on the dashcam screen, which said “You are tired. Please stop and rest.”

He said all he did was yawn. That was enough to trigger the command from the artificial intelligence programmed into his truck.

I researched the F-150 model and, sure enough, that model is equipped with what Ford calls the Driver Alert System. It says this feature can be turned off but at what point will newer models have no “off” switch for this feature?

Probably by 2026. That’s when the Biden administration has, as part of its $1.2 trillion infrastructure bill, mandated that all new vehicles be outfitted with a remote kill switch. Then, after two or three warnings, if you don’t heed the command given to you by your vehicle’s A.I., then the AI system will be programmed to flip the kill switch and immobilize your vehicle.

This is what life in a full-blown technocracy will look like.

Listen to Canadian Prime Minister Justin Trudeau speaking to his citizenry like they are children in the below video… make sure you’re “up to date on your shots,” he scolds them, or we will have to lock you down again! 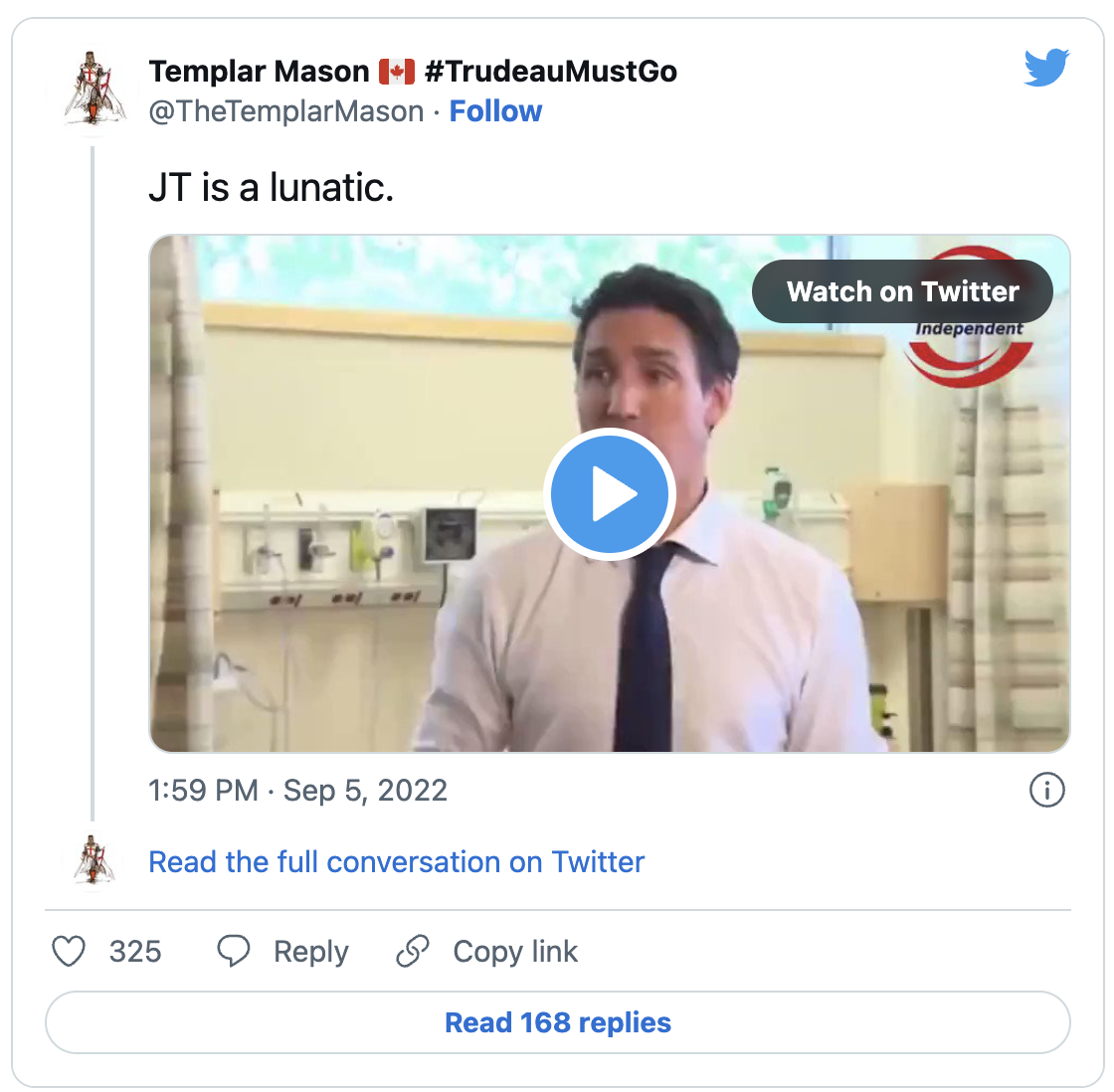 Notice that figure Trudeau threw out there, 90 percent. I don’t think that was a random figure. I think that’s what they need to achieve in order to implement the Great Reset.

So don’t get too distracted by Biden’s latest infuriating speech or Trudeau’s inflammatory arrogance. That’s just meant to take your eyes off the real enemy.

The enemy is the system. Opt out of it at every point where it touches your life and you will remain independently free of an A.I.-driven global system that seeks to enslave.

They can only close the deal on this beast system if enough people walk into it voluntarily. They seem to be shooting for 90 percent. If they can get to 90 percent compliance, they figure they can deal with the remaining 10 percent by offering them very harsh terms – join the system or get hauled off to the reeducation camps.

The good news is, this fight isn’t over folks. They are not even close to 90 percent compliance. The bad news is that they will pull out all the stops to get there. That means the continual gaslighting, dividing, inciting, prodding, punishing the good and rewarding the evil throughout society.

Jesus said that in the last days it will be “like the days of Noah,” where the dominant culture focuses on nothing but evil continuously. And those devout Christians who identify and rebuke the wicked ones will themselves be labeled as evil.

This will call for spiritual strength of endurance like we’ve never needed before.

It’s time to get serious. Let’s not let any buffoonish politician distract us with bizarre rhetoric, hateful imagery or anything else. It’s game time. We can’t afford to be distracted. We must be laser focused on resisting the globalist system at all of its many pressure points.

Shop with local independent retailers, buy meat, eggs and produce from local farmers, use cash as much as possible, cancel Netflix, Disney and other subscriptions with “woke” entities that corrupt our youth. Reject masking and vaxxing. Get your money out of these massive money-management firms like BlackRock, Vanguard and Statestreet. Don’t buy an electric vehicle. Keep eating meat. These are all things we can do that will short-circuit the system.

If you have a story to share of how you were pressured to submit to the technocratic beast system but resisted, please share in the comments.

LeoHohmann.com is 100 percent reader supported and does not accept any corporate ads, gifts or sponsorships. Donations of any size are appreciated and may be sent c/o Leo Hohmann, PO Box 291, Newnan, GA 30264, or via credit card at http://LeoHohmann.com.