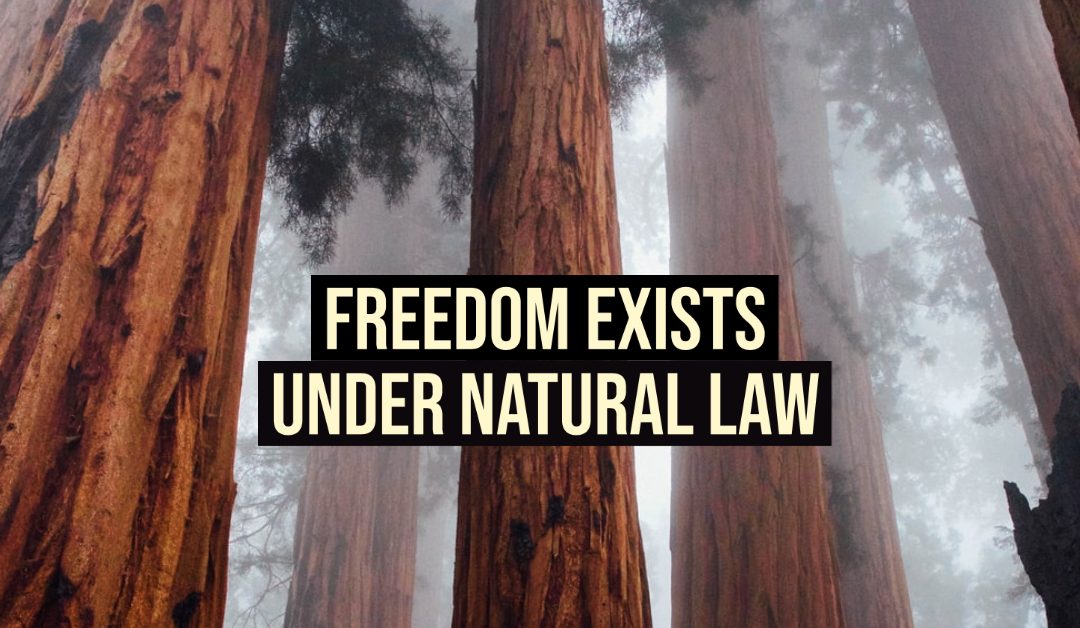 What happens when the legislative and justice systems become corrupt and you no longer have control over your body, your property? What happens when illegal mandates replace laws; when tyranny replaces freedom? 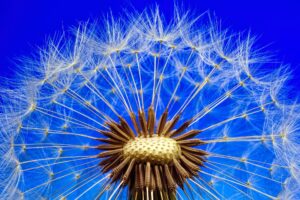 To know freedom is to know Nature. Living in harmony with Nature leads to peace, prosperity,  knowledge, truth, action, and freedom. Nature reflects the order of the universe. Living in opposition to Nature leads to war, control, ignorance, fear, stagnation, and enslavement.

Today, America, The Land of the Free and Home of the Brave, finds herself muzzled in masks, shackled, and homeless. The foundation of American freedom is cracked. New restrictive mandates form the walls of a prison cell which we have built through our own apathy and ignorance.

The original Charters of Freedom: The United States Constitution, The Bill of Rights, and The Declaration of Independence were written to reflect Inherent Rights of the individual. Yet these documents are being ignored by the very government created to uphold them because, by themselves, they are only metaphorical shields.

Why have we lost freedom?

Because we have forgotten where our rights come from. Human rights are natural and inborn, granted by the Creator. They come from our humanity under the Laws of Nature. Natural Law and Justice is, and always has been, the primary fundamental force in the universe. It is a body of Universal Spiritual Laws which governs Consciousness. Consciousness creates through each of us using free will. If we could become conscious, we would discover that we are Consciousness.

Being unconscious, we have stopped taking action to secure freedom. We thought that when we created government in America as a Constitutional Republic, individuals would be recognized to hold certain inalienable rights; rights which are not transferable and which can never be revoked, regardless of what the majority wants, or who holds power. However what we have agreed to is a Democracy.

When Rights Are Legalized

Rights granted and legalized by governments are not rights at all. They are privileges and benefits that can be altered restricted, and abolished by legislation or Executive Orders. Note how this happens with the removal of vaccine exemptions granted by governments. When governments calls the shots, exemptions are nothing but a ruse.

ANY and ALL exemptions for government vaccine programs, whether medical, religious or philosophical/personal belief, are fundamentally illegal, because they transpose an inherent human RIGHT into a PRIVILEGE and BENEFIT, on the presumption that you acknowledge and thus forfeit your natural born “freedom of choice” to an external authority.

Privileges and benefits are codified, or codes in legalese. Legalese is the language of statutes, which redefines words as tools to expand the scope and power of the State.  Under statutes, a “person” is a legal fiction, not a human being with free will. At the same time, a “corporation” is defined as “a number of persons united in one body, so it can acquire wealth, expand, and enjoy other rights.” Note: a corporation is incapable of loyalty or love. Governments also regulate behavior through licensure. According to Black’s Law Dictionary, a license is:

A permission, accorded by a competent authority, conferring the right to do some act which without such authorization would be illegal, or would be a trespass or a tort.

A government entity that gives itself power and competence by its own authority is a rogue government and must be restrained. If not, the trend is toward a concentration of power where laws are homogenized and standardized to one-opinion rule, a monarchy, a global Technocracy. We must wake ourselves up to the post-modern times Technocratic society in which we live, since the United Nations (UN) International treaties (UNCRC), intend to “reduce inequality” by implementing new norms of global socialism and corporate fascism as part of their Post-2015 Sustainable Development Goals. 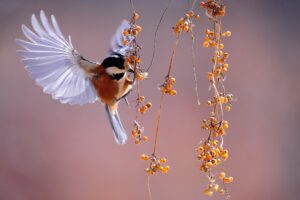 To go to the next level in human evolution is to return more deeply into Nature, where freedom lives. Freedom is the ability to:

“How few of us have made our individual declaration of independence, and until we do that, we are not free.”– Edwin Manners

The American Declaration of Independence reminds us:

When in the Course of human events, it becomes necessary for one people to dissolve the political bands which have connected them with another, and to assume among the powers of the earth, the separate and equal station to which the Laws of Nature and of Nature’s God entitle them, a decent respect to the opinions of mankind requires that they should declare the causes which impel them to the separation.

When governments ignore the will of the people and “go rogue” for the benefit of the few at the expense of the many, it is time to remember from where true freedom comes. Our system derives from our free will and consent. The source of informed consent? You!

There are two belief systems representing the polarity existing on Planet Earth. Under the Polarity Principle everything has poles or pairs of opposite charge:

On a free-will planet, everything is presented as an offer to contract and it is always up to each of us to consent or to withdraw consent. Silence is acquiescence. Ignorance of the law is no excuse in the Age of Information. 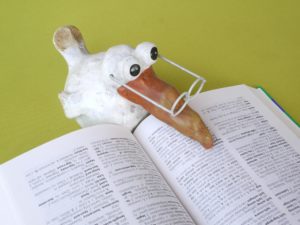 There is a difference between legal and lawful. Legal pertains to the letter of law, whereas lawful pertains to the spirit of law. Legal matters reflect statutes between government entities and the color of law (i.e., the appearance or semblance, without the substance), whereas lawful matters reflect common law, the law of the land—the law of the people—and are actual in nature, not implied. Going forward, if we are to be free, we must resist playing a game of wits in a corrupt system that seeks to destroy Inherent Rights.

Instead, we must take back the language and determine who we are. Are we a “person-corporation” or a soul embodied? Do we have free-will or do we ask for permission from an outside authority?

Do we consent to the dictates of a rogue government or do we withdraw consent?

Do we own our bodies or does the State?  Do we recognize inalienable rights and act on them? Do we reclaim our sovereignty as free-will beings?

It is time to redefine the words we live by to work in our favor.

More people are identifying little used lawful tools that work within the legal system to ensure individual freedom. Today you must play the game in honor by putting criminals in dishonor because they are violating their oaths of office. You play the game better than the game masters. Whether you work with groups such as InPower,  SolutionsEmpowerment, or Lena Pu at Lenasfabulousfrequencies, you utilize tools that you were never taught in school, because you are learning empowerment, not indoctrination. You put the ball in your court using Natural Law. You retain your rights under illegal mandates using the Notice process. See my September article here for an introduction on serving notices to officials.

Listen to a Crrow777 podcast with Lena Pu on the Notice of Liability: 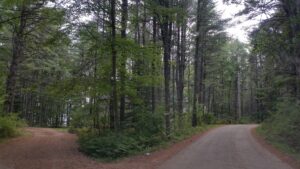 As part of nature, we connect to Nature to experience freedom. As Within So Without.

When we follow government dictates as truth, we lose touch with our own intuition. We lose connection with our true nature. As long as we remain distracted, debating the details of the system, such as war, mandates, rigged elections, the NFL, politics, science, we are directionless, lost in a maze of confusion. By consenting to a system of contradictions through our participation and acceptance, the system feeds off our energy.

If America is held up as an example of Freedom to the rest of the world, we must get our act together and identify with Natural Law. Through the power of our vision we become the architect of the life we want to create for ourselves and for our families. We only need to reclaim responsibility for our bodies and our minds, and act on it in order to see it take hold. Such is the Law of Nature.

In the American system no government is sovereign. The peoples of the states are the sovereigns. It is they who apportion powers between themselves, their state governments, and the federal government. In doing so they are not impairing their sovereignty in any way. To the contrary, they are exercising it.” – Tom Woods, Tenth Amendment Center

Rosanne Lindsay is a Naturopath, Herbalist, writer, and author of the books The Nature of Healing, Heal the Body, Heal the Planet and Free Your Voice, Heal Your Thyroid, Reverse Thyroid Disease Naturally. Find her on Facebook at facebook.com/Natureofhealing. Consult with her remotely at www.natureofhealing.org. Listen to her archived podcasts at blogtalkradio.com/rosanne-lindsay. Subscribe to receive blog posts via email using the form at the bottom of this page.
Copyright © 2021 Nature of Healing | All Rights Reserved |