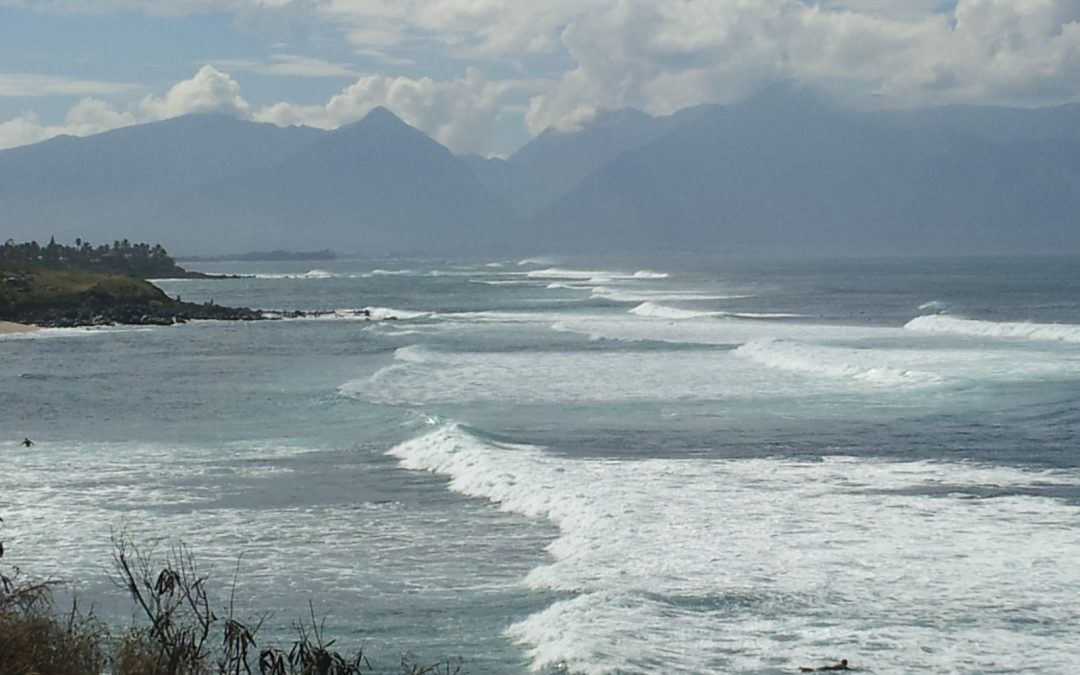 Creativity is the way that the cosmos evolves and communicates with itself. The great uplifting of humanity beyond its self-destruction is the redemptive mission of art. —Alex Grey

At one time or another, every human being who has ever lived on this planet has abandoned his creative power. The question is: does he want to get it back?
It never really goes away. It is always there. It is the basis of a life that can be lived. A life that can be chosen.
People instead choose roles that don’t require that power. They think this is a winning strategy.
It isn’t….
Access to your internal energy, in huge amounts, is necessary for a life outside The Matrix—rather than relying on the illusory energy that The Matrix seems to provide.
—Jon Rappoport

In the 1950s, Jack Kerouac lived and wrote the multi-volume story of the Beat Generation. His improvisational art, depicting an improvisational life, proved masterful in its fusion of content and form—a sustained riff he dubbed “spontaneous bop prosody.”

Writing is best of all a voyage of discovery. The images that grace our days clamor for attention, a place in our memories, a part in an insistent rhythm of intentions and incidents. The feelings that dog us, the aspirations that dream us forward, hang like coattails from our backsides as we walk. And walk we do, always forward, always finding new ground in the empty page before us.

There is a mystery in the music in our blood which rages gracefully in the black-on-white we agree to use in this polite conversation. Otherwise, the colors would spill unmanageable, incomprehensible into every dark corner, through every crack into the madness of full creation, where every voice is heard at once, and the light is a blinding uniformity. As we are, we come to this meeting place with single visions, one witness to verify the other.

In this enterprise we are partners, shipmates between islands only dimly glimpsed before. On this ship we ride with eyes peeled forward, knowing yesterday’s weather has no reckoning on the charts we follow. We are kindred spirits in a sea-music shared with seal-barks, bird squawks: a lost gull hovers over my left shoulder until I notice and it flies away, its cry rendered as a gift, here remembered.

As I seek a choice of balances, free in the making but each with consequence that carries on to the next desire, you come to me with hand or arms outstretched, in greeting. In turn I welcome you, putting aside my deeper concerns until we are better acquainted; and in the meantime, observing that which you may predictably recognize from your own experience: the patchy clouds in the October afternoon sky, the ravens sending sentry warnings over the traffic hum.

When we turn to heart songs and echoes of past pains, the chop stirs to rolling swells, and we tack into a rising wind. There is vodka below, warm blankets and a pack of cards. But we wait silent by the deck-rail, wondering how the new speech will begin. 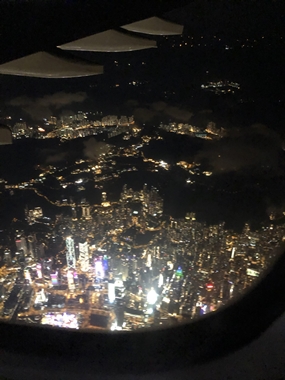 We go out as we come in… empty, unadorned by culture or ambition, pretension or politics, possessions or habits of mind. Life is ironic in its dual and necessary impulses: to celebrate our diverse fecundity and to disengage from clinging attachments.

Likewise, I continue this quest to expound and explain, even as the elaboration is entirely superfluous to the simple single breathing beauty of jewel-like pure awareness. With even a single word I depart from the sacred silence I set out to describe. At its best, language, like music, and like the dual experience of living/dying and spirit/body, conveys an energy of radiant vitality, offering its malleable forms to the dance, the fire, life itself.

And as quickly as that infinite play may be undertaken, it may as well pause again, before getting too carried away in that fleeting vision of the promised land.

Samba Kitten and the Rainbow Egg

A few weeks ago I welcomed a new member of the household, a sixth-generation African kitten.  She has been, according to her mood, cuddly and affectionate, or wild and playful. Adding to her ever-growing assortment of toys and playthings, I introduced a wooden, rainbow-colored shaker egg: good for keeping time to a samba band, or arousing the curiosity of a neophyte cat.

She batted it around a few times, producing random sounds that provoked caution mixed with intrigue (from the wood of the egg’s shell against the hard floor, a loud rattle; and from inside the egg, indecipherable shshshing sounds). Then I thought to show her how the egg  is meant to be played: as a rhythm instrument.

The kitten’s attention was fully entranced. Her eyes were fixed in some indefinite remote space, her sitting posture rigid and upright as any monk’s.

What just happened? What was that… “noise”? 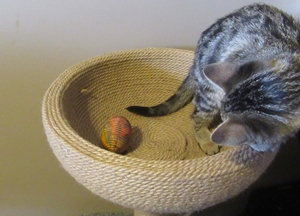 I had crossed the divide between sound and music, nature and culture, cat and human. The effect of such sudden and radical bridging was instantaneous, startling… dare I say, catatonic.

Postscript: Later, I sat on a beach beside the harbor and improvised on flute. Playing at will, I became immersed in the flow of the music for ten minutes or so. Too long of a solo, perhaps… since as I drew to a close, a nearby crow chimed in, with caustic staccato. Cue the gull section, to launch into their discordant chorus.

“Discordant”? Who am I to say?

In college once I took what was billed as an easy course in “Musical Appreciation.” My expectations were met the very first class when the homework assignment was to “listen to nature.”

Melody, rhythm, music itself… it’s in the ear of the beholder. And not our exclusive domain, though we might usually deem it so. How refreshing, once in a while, to open that door to the studio or concert hall, and let the rest of life in.

Everything, they say, is choice. Even money.

The paradox is, you can’t grab for it. Only open your hand.

What to call yours and what Life throws at you? 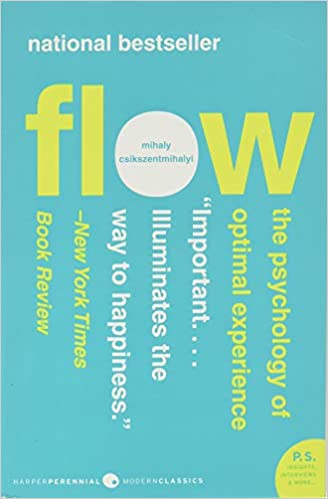 Collective cultures do this en masse, one way or another, and glacial changes can sometimes turn to catastrophic revolutions overnight.

Amid the turmoil of an uninvited Zombie Reset, where do we go from here?

Don’t be shy… claim your turn to solo: to paint your soul’s desire. We’ll back you up.

From wordjazz to worldjazz, it’s a way of being in which the soul does not predict or plan exactly, but rather sets intention, finds resonance, sounds assurances and tests them against incoming facts of experience.

Travelling circus, jam of the everyday moment, it is never too late to redeem this life in its entirety for coupons to the show… starting now.

There is no exotic imagination here to take you away, no forceful desire to construct walls of illusion: only you, doing this, one life, what is.

If there is a continual questioning in this vein, it is because of constancy in the thread of what is real, and your thin desire to honor it spiderifically, web-like, unending… with insect intent, to crawl forward daylike, circling, waiting, feeding on the waywardness of what life brings you, fly by fly. 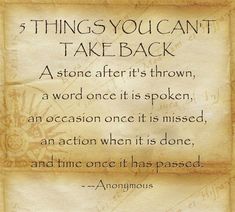 Each breath counts
And each is new again
Thus is written the whole history of religion–
complete, as the world is complete, in every moment.

Yet somehow it has come to this, the modern age.

Moving the beat around, listening, taking the next pulse a step further, a step ahead, one by one, timed in the meter of the breath, under shifting clouds, life in upheaval, birth marriage death and a thousand smaller gifts accumulating, we let them go too, to fly away…

Sketching Life and Art on Formentera 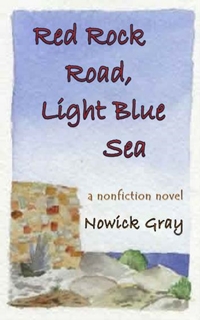 On a backpacking pilgrimage amid the wild and picturesque beauty of the Iberian landscape, Canadian tourists Wilson and Noella have pared away everything but the most essential elements: sea and sky, earth and sun, art and love.

In early drafts of the nonfiction novel Red Rock Road, Light Blue Sea, I dubbed the footloose narrator after my own alter ego: Jammin Fulltime Now. The book unfolds along the writer’s journey with his companion in body and spirit, co-stars of a metafictional romance in the making.

Their walking tour gives occasion to reflect on imperial history’s passing, in the light of the raw beauty left behind. Ancient ruins linger in the moments of a life lived step by step, a pilgrimage of discovery of self and other.

The characters pose to themselves, and the reader, a fundamental question of freedom: Is it possible to satisfy an exotic quest in the familiar, the self-created?

WorldJazz: Speculations on the Future

As above in the personal connection to uncounted possibility, so below in the tectonic tenor of worldjazz, where sea birds of choice encounter the cliffs of history.

Recently I read two books presenting variations on the theme of the future our world is unfolding. Written in 1981 and 2016 respectively, Inter Ice Age 4(Kobo Abé) and Archeofuturism(Guillaume Faye) predate the neoapocalyptic scenes of 2020–21 but foreshadow conceivable outcomes.

The Japanese novelist Abé imagines an AI engine that predicts the future unerringly, thus mandating a genetically engineered detour for our species to survive—with gills—underwater, in a future epoch of rising seas. The French essayist Faye turns to fiction to represent a succession of devolved human enclaves, in world rendered chaotic, barbaric, preindustrial.

Clearly, in the convincing prose of such renderings, these among other shared outcomes are in the wings, and many more as yet unnamed, unimagined.

In the end, it is up to us, cocreators in our own right, to dream just as deeply into the futures we want to imagine. And then to set to work on our craft, our finest life skills.