Freedom vs. Fascism by Nowick Gray 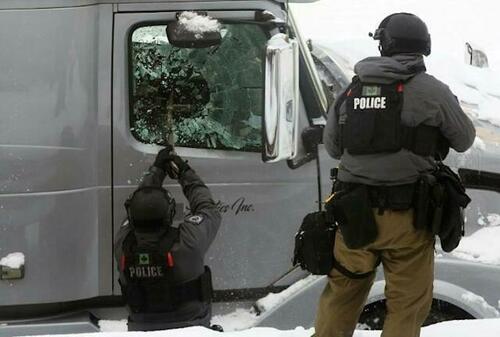 ‘There are only two sides… fascism or freedom.’
—CJ Hopkins, The Naked Face of New Normal Fascism

Are we now under rule of a permanent “Emergency,” to replace the arbitrary Covid mandates that groomed us for this outcome? The Corona crisis was never about public health or safety, but abusing those principles, weaponizing them to advance an ironclad agenda. It was always about “the vaccine” and the eradication of human culture worldwide, to implement a top-down Great Reset for the benefit of the real “fringe minority”: the self-appointed ruling class. 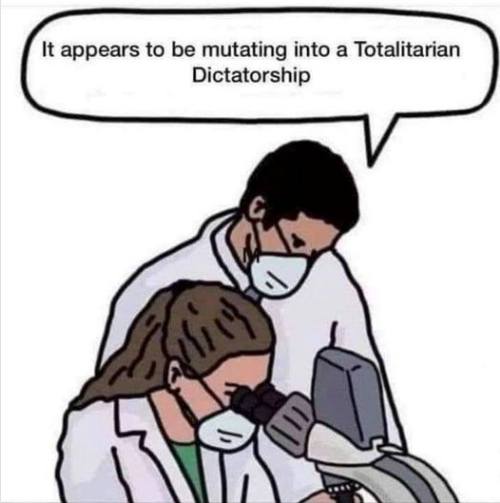 ‘Covid vaccines: A product so safe and effective that they have to impose martial law and seize people’s bank accounts in order to get them to take it.’ —Toby Rogers 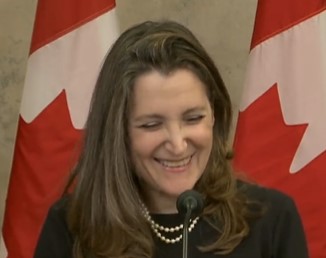 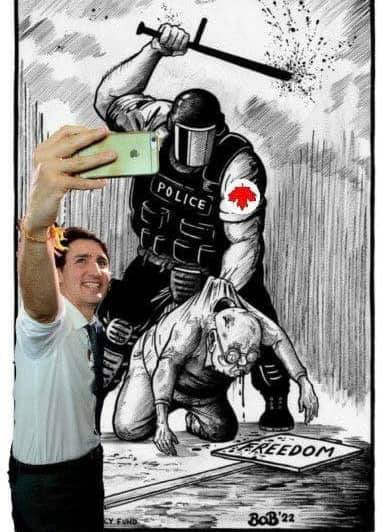 The Emergency Act serves as the official proclamation of a silent coup that has already been waged on the citizenry for two years under the banner of a pandemic. Now that cover is blown and we face full frontal fascism. It’s an asymmetric, vertical war, between the rulers and everyone else.

This battle for earth’s future, like it or not, is our chosen test. Apparently we are not destined to live in contented peace, but to vie for justice and freedom against the likes of Klaus Schwab and his protégés, with World Economic Forum board member Freeland and Young Global Leader Justin (he/hid) Trudeau.

Immigrants from the Communist bloc have seen this movie before: watch this inspiring woman from Romania, standing on guard for thee: bit.ly/3LTEj0T 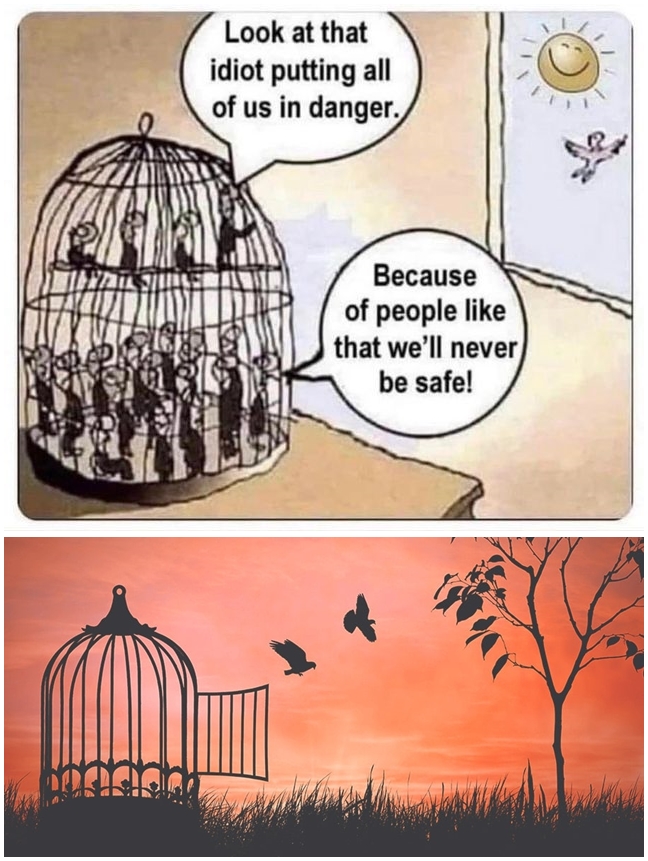 Freedom starts within. Joining together, we find heart and solace in common ground as citizens—not subservient to state-sanctioned thought control, but celebrating freedom in action, at street parties, prayer circles, live conferences and concerts, pitchfork socials. Finding connectivity not only through digital space but live with others, in community.

Now that we’re all here on the front lines, in body or spirit, the battle is finally arrayed in full view for everyone to see. It was never about the virus. You, me, humanity itself, we are the real virus; it is against us that all-out war has been declared.

Did you learn anything from two years of lockdowns?

Where do you stand now?

Quotes of the Week: 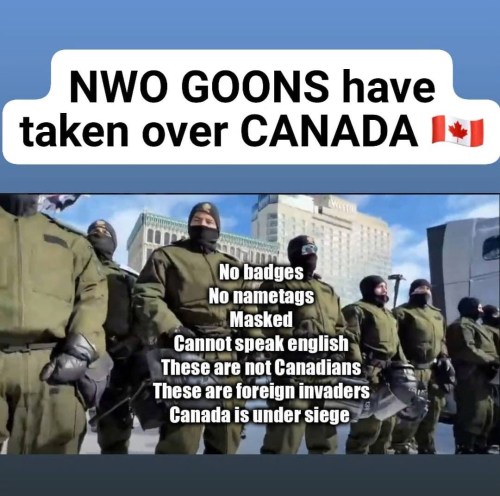 “The Party seeks power entirely for its own sake. We are not interested in the good of others; we are interested solely in power. Not wealth or luxury or long life or happiness: only power, pure power. We know that no one ever seizes power with the intention of relinquishing it. Power is not a means, it is an end. The object of persecution is persecution. The object of torture is torture. The object of power is power. Now do you begin to understand me?” ― George Orwell, 1984

‘The official narrative is dead, or dying. The Covidian Cult is coming apart. No one but the most fanatical New Normals believes there is any real justification for imposing mandatory “vaccination,” “quarantine camps,” segregation of “the Unvaccinated,” or any of the other “Covid restrictions.” “The virus” is no longer an excuse for mindlessly following ridiculous orders and persecuting those of us who refuse.

‘Apocalyptic Pandemic Theater is over. It is a purely political fight from now on…. It is time to make the monster show itself, in all its naked fascist ugliness.’ 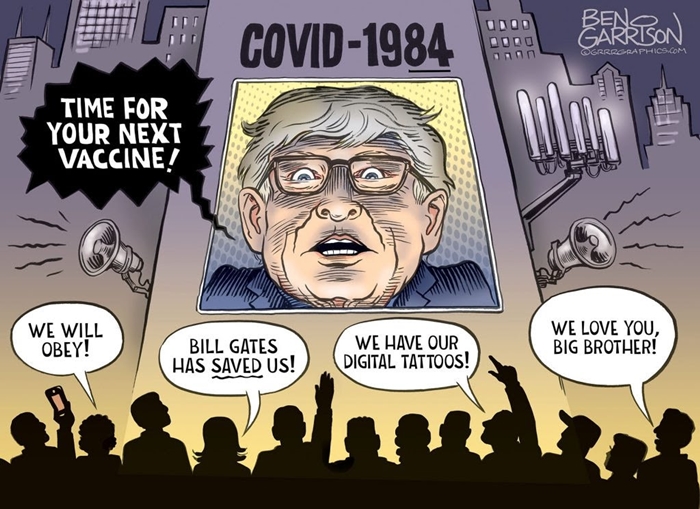 ‘The western world has been socially engineered and propagandized into enemy camps, with those cherishing freedom, liberty, free speech, and the Bill of Rights at odds with those insisting on total government control, mandates, regulations, censorship, and the use of force to inflict their beliefs upon everyone.‘…

‘When republics devolve into democracies the seeds of its destruction are planted and when free market capitalism mutates into a globalist scheme of corporate fascism, permanent enslavement or revolution are the only two options for the citizens.’…

‘We were warned, but most did not heed the portent to prepare. There will be no way to escape what is coming, but we must realize who stands on the side of good and who embodies the evil currently in control of our government, media, universities, military, medical and financial institutions.’ —Jim Quinn 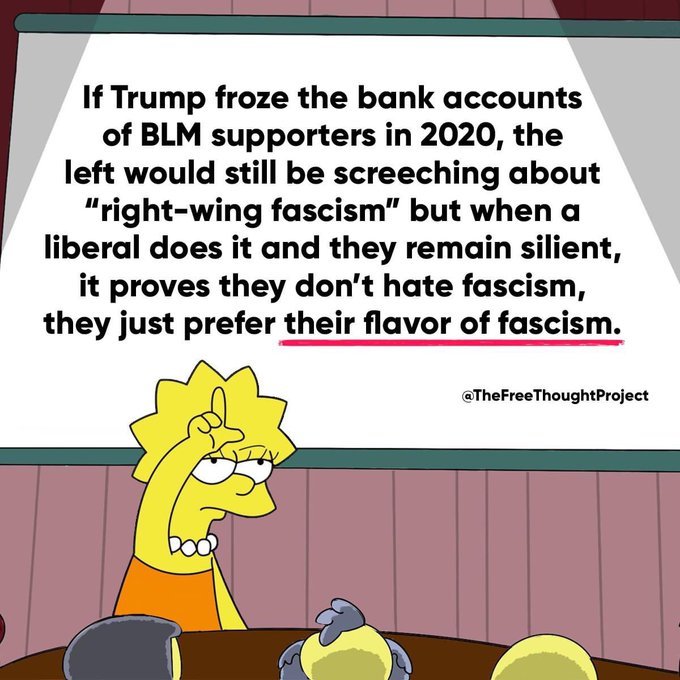 ‘Deciding to seize funds is a major leap in the manic progression of a certain type of disordered authoritarian personality who’s suddenly everywhere. They’re coming out of decades-long disguises as milquetoast center-left careerists, and they all seem to believe now that all things on earth happen or don’t because of them. It’s as if Raskolnikov’s madness seized a generation of Western yuppies simultaneously.’ …

‘Meanwhile, news came out that Trudeau was announcing the Emergencies Act would need to stay in place for a while, because of potential “future blockades.” Open-ended preventive autocracy, in Canada. Who had that on a Bingo card? Justin Trudeau? Chrystia Freeland? Christ, it’s like waking up to learn the cast of The Office has declared the Fourth Reich. Boring people are dangerous, too.’ 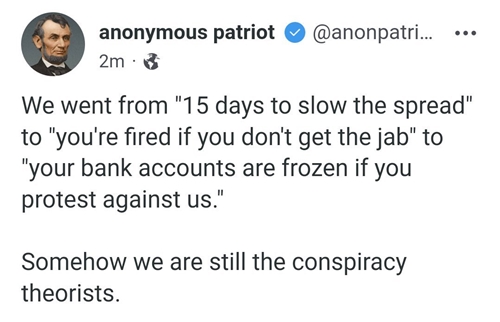 ‘Once a person or movement becomes convinced that their opponents have exited the ordinary playing field of politics, then they are instantly convinced of the righteousness of any and all tactics used to attack them. Within the logical world where one is convinced that they really are fighting a white nationalist, fascistic, insurrectionary global movement to overthrow liberal democracy, then all the weapons we were long taught to view as despotic suddenly become ennobled, even tools necessary for the protection and advancement of democracy. And it is through this self-glorifying tale which Western neoliberals are telling themselves that they have become exactly what they shrilly insist they are battling.’ —Glenn Greenwald, The Neoliberal War on Dissent in the West 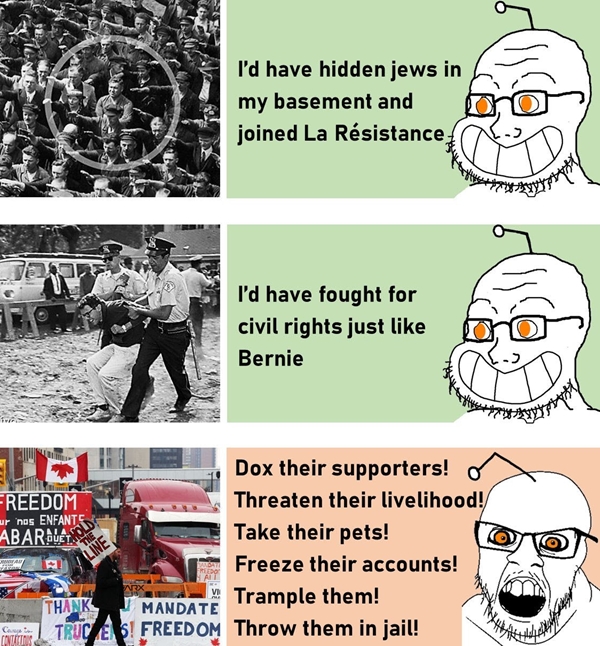 ‘The implementation of emergency war powers in Canada to suspend rights, is either a temporary overreach of power or a blatant authoritarian shape shift to crush political dissent, seize assets, and implement martial law on completely fabricated charges. The majority of people in the U.S. and Canada are seeing the totalitarian shape shift, and loudly screaming “Fire!” but there are no western leaders rushing with an extinguisher, nor even any acknowledgement of what is happening.’ —Good Citizen 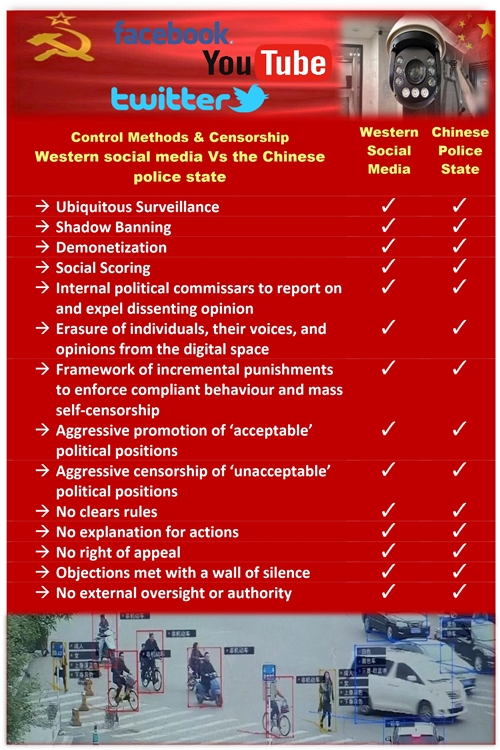 ‘… the hypocrisy of neo-liberal “rules-based” order ideologues in action over the past few years who are quick to celebrate the “liberty” of citizens of Ukraine, Hong Kong, or Xinjiang when the outcome benefits the geopolitical aims of detached technocrats hungry for global hegemony. The moment genuine self-organized labor movements arise demanding basic rights be recognized, then the masks comes off and the rage of tyrants show their true faces.’ —Matt Ehret, There is a Limit to the Tyrant’s Power 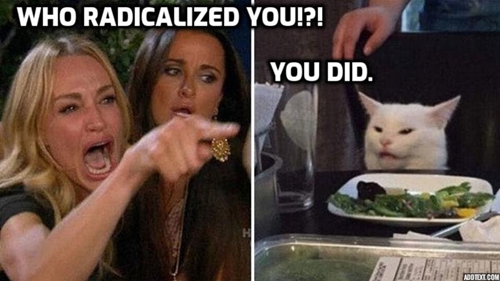