Get Ready for Weed Checkpoints: The Marijuana Breathalyzer is Now a Reality 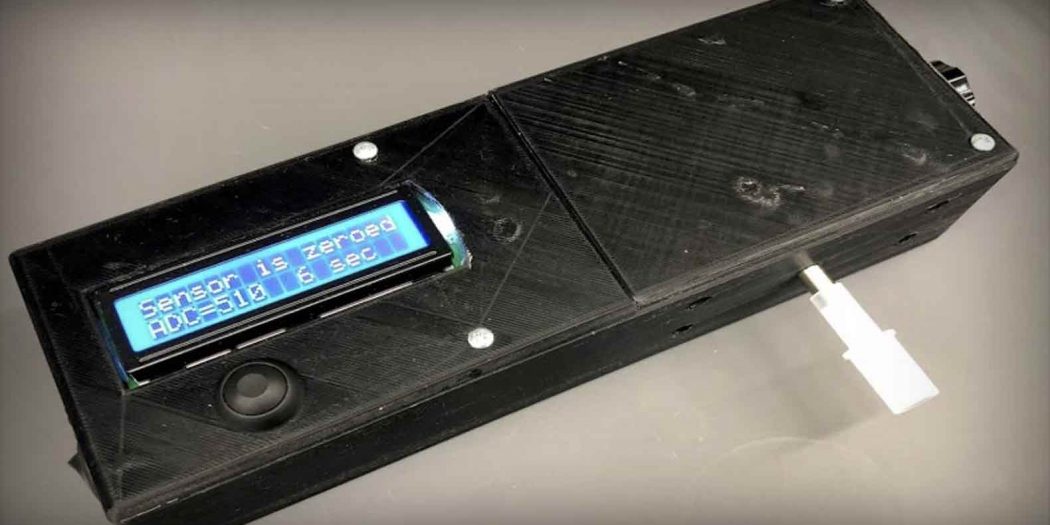 Get Ready for Weed Checkpoints: The Marijuana Breathalyzer is Now a Reality

Ever since legalized recreational marijuana has become a reality in America, the powers that be have been brainstorming new ways in which to prosecute the legal marijuana user. Obviously, driving stoned is high on the list of no-nos, but the police state will exponentially increase now that cops will soon have marijuana breathalyzers.

As there are now 33 states with some form of legal marijuana, the government has been chomping at the bit for ways to find out how much THC you have in your system. Because THC metabolizes far differently than alcohol, this has presented a challenge to the authorities. Until now.

Current THC testing procedures have relied on blood, hair, and urine samples which test only for the presence of THC. Merely having THC in your system, however, is no way of indicating impairment.

Interdisciplinary researchers in Pitt’s Department of Chemistry and the Swanson School of Engineering claim to have overcome these limitations by using carbon nanotubes in their breathalyzer. The THC molecules in your breathe reportedly “bind with the tubes and alter their electrical properties, while sensors detect levels of the compound with an accuracy comparable to, or better than, mass spectrometry, the gold standard for THC detection.”

“The semiconductor carbon nanotubes that we are using weren’t available even a few years ago,” said Sean Hwang, lead author on the paper published in the journal ACS Sensors. “We used machine learning to ‘teach’ the breathalyzer to recognize the presence of THC based on the electrical currents recovery time, even when there are other substances, like alcohol, present in the breath.”

The main question which is most controversial here is the rate at which the body metabolizes THC and the ability of a breathalyzer to determine just how high a person is. This is the problem researchers admit they are dealing with now.

Despite claiming the device is nearly ready for mass production, Ervin Sejdic, a professor of electrical and computer engineering who’s also at the university, to build the prototype, admits they have no way of telling how stoned someone is with their breathalyzer.

With alcohol, you can figure out impairment by measuring the amount of alcohol in someone’s blood, which you can determine from a Breathalyzer using the “blood to breath,” or “partition,” ratio. Make that translation from breath to blood to brain, and you have a relatively accurate sense of how drunk someone is.

“So when it comes to these marijuana breath tests, that’s the million-dollar question right now,” says Chris Halsor, a Denver lawyer who focuses on issues around legal cannabis.

Is there a ratio that links the amount of THC in someone’s breath to the amount in the person’s blood — and then to exactly how stoned that person is?

No, says Sejdic. The correlation “is basically missing, from a scientific point of view.”

So, there you have it. We have a device that can tell police that you have THC in your system, but it cannot tell them how high you are nor is there any standard for what denotes being stoned. Rest assured that the police state is still salivating over the existence of this breathalyzer.

The good news is that the report indicates there are still plenty of tests to conduct before cops have these in their hands. However, their mere existence most assuredly foreshadows more checkpoints in our future.

“In legal states, you’ll see road signs that say ‘Drive High, Get a DUI,’ but there has not been a reliable and practical way to enforce that,” said Dr. Alex Star, whose lab developed the prototype. “There are debates in the legal community about what levels of THC would amount to a DUI, but creating such a device is an important first step toward making sure people don’t partake and drive.”

As stated above, it is certainly never a good idea to drive while impaired. But comparing driving after smoking weed with driving while under the influence of alcohol is most assuredly apples to oranges. Rest assured that the amount of THC in a person’s system to denote a crime will be highly debated over the next few years.

Despite having no set limit on the amount of THC to constitute impairment, police have already been conducting similar stops but with mouth swabs. As TFTP reported last year, the Massachusetts State Police are testing a saliva swab to detect if people are driving under the influence of cannabis. State police have recently tested roughly 170 people at sobriety checkpoints and drug treatment clinics with these swabs, but even they doubt that the tests will hold up in court.

Boston is not alone either—there have also been similar programs announced in Colorado, California, Kansas, and Michigan.

What’s more, as TFTP previously reported, legal weed appears to be making drivers safer. According to a recent report from the Nevada Department of Public Safety, deaths from traffic accidents in Nevada have dropped by over 10 percent in the first year that marijuana was legalized in the state for recreational use.

Similar numbers have been seen in other states that have implemented legalization. A study published by the American Public Health Association found that states with legal medical cannabis have lower rates of traffic fatalities than states with full prohibition.

Although correlation does not automatically mean causation, it does seem that legalization is actually making the roads safer, debunking many of the claims that DUI would increase. Critics of marijuana typically cite statistics of how often people test positive for marijuana after car crashes. However, what these assessments usually leave out is the fact that these people often have numerous other drugs in their system, usually alcohol or opiates, which both have a much greater impact on motor skills.