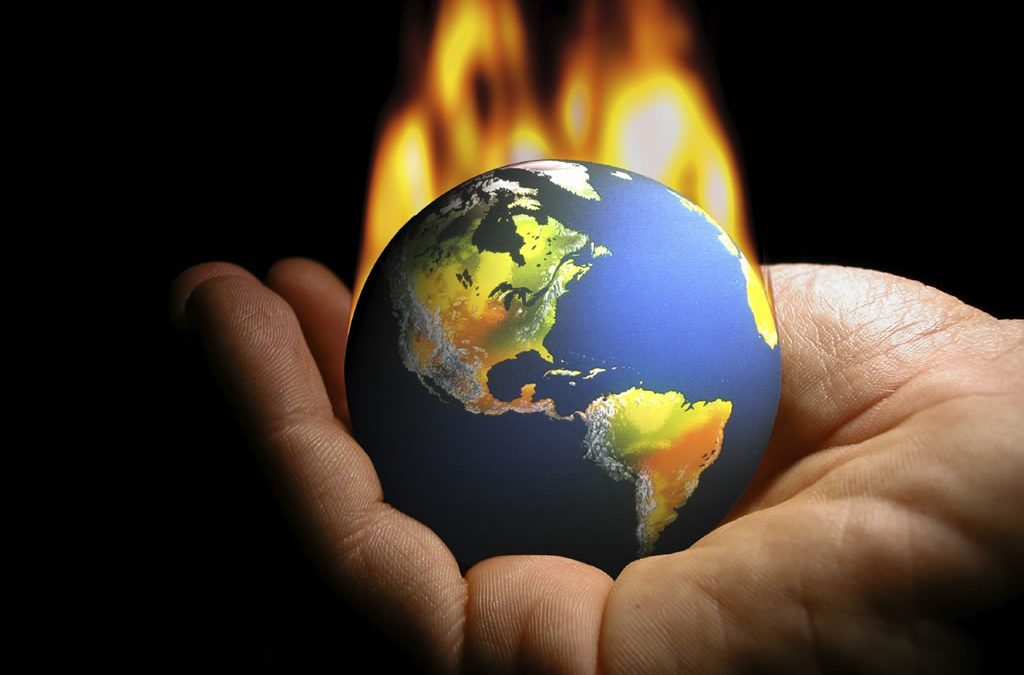 SUMMARY: Global warming is a theory based upon four beliefs:

1. The Earth’s surface temperature is rising because of human activity, particularly industrial production and personal consumption;

2. Weather extremes we now experience are more destructive than in the past because of this warming effect;

3. If this trend is not stopped, the planet will soon be unable to sustain human life as we have known it; and

4. The solution is government management of all human activity, including the elimination of private property and personal freedom.

We reject this theory for the following reasons:

1. It is based on junk science and fraud. In other words, it does not exist. The driving force behind this theory comes from politicians, bureaucrats, and those employed by institutions that depend on government funding. All of these benfit from the alleged solution to the alledged problem.

2. The proposed solution requires crushing taxation, confiscation of private property, and denial of freedom-of-choice. This is contrary to The Creed of Freedom, paragraphs 3 and 4.

3. The threat of global warming is the bedrock foundation of almost all programs on behalf of totalitarioan government based on collectivism. 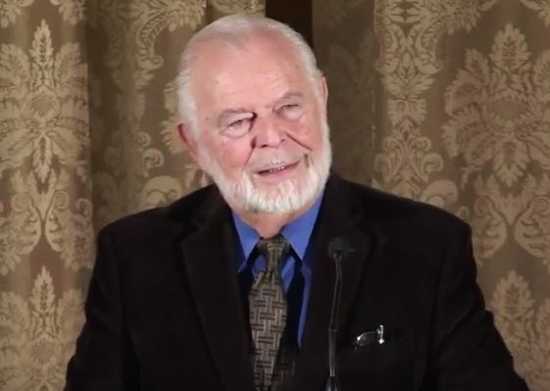 Leaders of the crusade against global-warming have no financial conflict-of-interest because they only care about the environment, but those who challenge their theories do so because they are paid by the fossil-fuel and nuclear-power industries.

ANALYSIS: There is no doubt that the rank-and-file, true believers in global-warming are motivated by a desire to protect the environment, but those at the top are not so naïve. They know that the specter of environmental disaster is a made-up horror story to frighten us into accepting crushing taxes and a global totalitarian system in the name of saving the planet. How do we know that? Because they say so.

Ottmar Edenhoffer, an official at the UN’s IPPC (Intergovernmental Panel on Climate Change) was a former co-chair if the IPCC Working Group III and lead author of the IPPC’s Fourth Assessment Report released in 2007. His report concluded:

One must say clearly that we redistribute de facto the world’s wealth by climate policy. … One has to free one’s self from the illusion that international climate policy is environmental policy. This has almost nothing to do with environmental policy…. The climate summit in Cancun at the end of the month is not a climate conference, but one of the largest economic conferences since the Second World War.” (Story) (Cached) (Original in German)

For an eye-opening summary of the meaning of “green” in the environmental movement (it means money), see “Climate Policy as Political Entrepreneurship”, uploaded to the University of Utah website here. (Cached)

Temperatures have risen since 1998, and reports to the contrary are false.

ANALYSIS: One of the most troublesome facts challenging the theory of global warming is that, even according to UN sources and in spite of data manipulation, global temperatures have not risen since 1998. The dire predictions of increasing temperatures simply have not been validated by nature.

By 2014, this was damaging the credibility of the myth makers and causing skepticism in the public mind. Something had to be done to restore confidence in the global-warming narrative − and, with the Paris Climate Summit scheduled to begin in November of 2015, it had to be done fast in order to have an impact on the proceedings there.

In June of that year, an article appeared in Science magazine, written by a nine-man team at the Environmental Information office of the tax-funded National Oceanographic and Atmospheric Administration (NOAA). This article was exactly what was needed. It said that the reported ‘pause’ or ‘slowdown’ in global warming was an error − and it had data and charts to prove it.

Because this article came with the imprimatur of NOAA, it well served the purposes of the Paris Conference. Afterward, however, it was learned that the article was politically inspired, and the authors had violated numerous principles of scientific inquiry. That was the conclusion of a former top scientist at NOAA itself, Dr John Bates who, in 2014, was awarded a gold medal by the Obama administration for his work in setting standards for producing and preserving climate data.

Bates said that all the scientific standards he had helped to establish at NOAA had been violated to produce a politically useful document at the Paris Climate Summit. The lead author of the article, Thomas Karl, had insisted on “decisions and scientific choices that maximized warming and minimized documentation … in an effort to discredit the notion of a global-warming pause, and rushed so that he could time publication to influence national and international deliberations on climate policy.”

Dr. Bates said that the NOAA team used fraudulent data, applied methods of analysis that overstated the speed of warming, relied on software that was known to be inaccurate, never submitted data for verification by others, and failed to archive the data, making it now impossible to examine. In other words, they lied and then destroyed the evidence.

Global warming is caused by pollution and weather-modification programs. Therefore, it IS man-made.

2016 Nov 18 from Nikeros
To Ed Griffin:
You don’t believe that Fukushima, nuclear testing, extensive military operations involving gawd knows what, fracking, aerosol spraying of aluminum, barium, strontium and gawd knows what else worldwide and on and on has no effect on the earths climate? Ok fine. I will say no more.

ANALYSIS: The anthropomorphic mantra of most global-warming proponents is that the “man-made” cause is CO2. Period. They claim that CO2 is the byproduct of industry and consumption and that it produces a “carbon footprint”. Therefore, they seek expanded government power and funding to reduce CO2. That’s the basis for all the carbon-tax and regulatory nonsense. None of these people are talking about taxing or regulating “Fukushima, nuclear testing, extensive military operations, fracking, aerosol spraying of aluminum, barium, strontium and gawd knows what else”. They talk only about CO2, the non-toxic greenhouse gas that does NOT cause global warming. The global-warming hoaxers are very good at lumping together pollution (which is real) and man-made global warming (which is not). They are countng on us to fall for the trick and fail to see that these are two entirely different issues.

Hello to all my friends and fellow crusaders. Freedom Force has put together potentially the most world-shaking event ever created in the battle against tyranny masquerading as environmentalism. It is a two-day event to be held in Phoenix on December 3 and 4 called Global Warming; An Inconvenient Lie. To say that the establishment is not happy about our project is the understatement of the century.

I knew that the media, the politicians, and those whose livelihood depend on government funding would try to turn public opinion against us, but I did not expect that the first attack would come from a person who I thought was on our side, but that is exactly what happened.

When Wigington learned of our project, he began an all-out attack on me and our team of experts, and it was so widely circulated among my own supporters that it caused some people to hesitate to join us in Phoenix. So now I must respond.

The first thing I must do is set the record straight about the substance of the attack. For that, I made a video statement yesterday that includes my response to Wigington’s charges against me.

Linked Articles from this video:

2. Link to Wigington’s source used in his article to back up his claim that sea levels are rising. Note that this article is an economic paper that doesn’t provide any documentation of a rising sea level. The article was published by Carnegie Scienceand Ken Caldeira. Both are promoters of geoengineering.

3. Link to Wigington’s own article that criticizes Carnegie Science and Ken Caldeira. Wigington calls them criminals. Yet Dane uses their work to support his theory of man-made global warming:

4. Link to Griffin’s source (one of several) showing that South Sea Islands are sinking:

Note: Wigington cited ForeignPolicy.com twice in the bibliography of his article against Mr. Griffin, so he may be unaware that the publication was owned by the Carnegie Endowment for Peace for 30 years before being bought by the Washington Post, another media outlet that supports the global-warming myth.

Speaking of islands sinkinginstead of water rising, here is a dramatic example of large chunks (20 miles wide) of the Hawaian Islands dropping into the sea due to movement of tectonic plates. From Discovery Channel’s “Fearless Planet” Don’t be suprised if the myth makers say that this is caused by global warming.

WIGINGTON PAID THE PRODUCERS OF A DOCUMENTARY FILM TO OMIT ANY CHALLENGE TO THE THEORY OF GLOBAL WARMING
Need to Know news, 2015 Nov 6, Forum section,
from Debbie Bacigalupi:
Dear Mr. Griffin. Thought you should see this cheap shot (below) that Dane Wigington took at you on his geoengineeringwatch website. I guess this guy is not on our side after all.

Dane Wigington blog 2016 Nov 4:
Griffin was a part of the WITWATS films, and he also wanted and made profit from the films. I actually purchased the first hard drives for these films out of my own pocket, paid for many other expenses for Michael Murphy, including supplying him with tickets to Belgium and paying for auditoriums, rental cars, etc. I never asked for or wanted a cent from the films, but what I did insist on (if I was to be involved) was that the films were not discredited with the ‘global warming is a hoax’ false mantra. That is the reason the films did not go down that road.

REPLY BY GEG:
Hello Debbie.
Wigington says that I “wanted and made a profit” from the film, What in the World Are they Spraying? That is somewhat true, but I wish it were more so. What Wigington did not say is that I personally raised $78,800 for the production. For me, it was a huge commitment.

Although I am listed as a co-producer of the program, my role was to provide funding, distribution, and script consultation. I never tracked the hours I devoted to this project, but certainly there were several hundred. Net sales revenue was to be split between Michael Murphy and Paul Wittenberger, the producers, and my company, Reality Zone. Naturally, it was our hope that these royalties would allow us to be compensated for our part in the project and also generate funds to produce future programs.

As it turned out, when all the bills were paid, and the bulk of the sales were accounted for, the amount left for royalties was so modest that I estimate we had worked for less than $5 per hour. And that was OK because, although we had hoped to do much better than that, our primary motive was to deliver the message.

I am deeply offended by Wigington’s inference that I am a dishonorable person because, as he puts it, I “wanted and made profit on the films.” Good grief! Even if we HAD made a nice profit on the films, please ask Wigington to explain what would be wrong with that. This anti-profit attitude speaks volumes about his mindset.

The most interesting part of Wigington’s comment is where he says: “…what I did insist on (if I was to be involved) was that the films were not discredited with the ‘global warming is a hoax’ false mantra. That is the reason the films did not go down that road.”

I never knew that Wigington’s paying for the trip to Belgium was conditional to preventing skepticism of global warming from being in the film. I argued strongly in favor of including it, because the alleged threat of global warming is the whole justification for geoengineering. However, I was merely a consultant on the script, and my advice was rejected by Michael and Paul. Now I know why.