Glyphosate byproduct AMPA found to interfere with photosynthesis, the basis of nearly all life on planet Earth 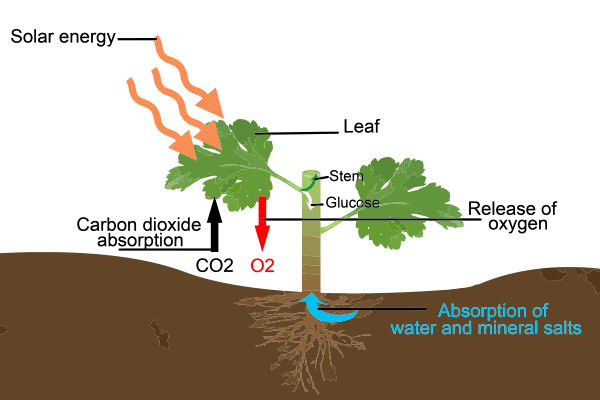 Glyphosate byproduct AMPA found to interfere with photosynthesis, the basis of nearly all life on planet Earth

(Natural News) It has been four years since the World Health Organization’s International Agency for Research on Cancer announced that glyphosate is “probably carcinogenic to humans.” In that time, there has been a lot of focus on the cancer-causing potential of glyphosate, the primary ingredient in Roundup, the world’s most popular weed killer.

As bad as the direct effects of glyphosate are, however, they are not the only dangers associated with this toxic chemical. Studies have confirmed that a glyphosate byproduct known as aminomethylphosphonic acid (AMPA) interferes with multiple plant processes, including photosynthesis, without which most life on Earth could not exist. (Related: Plant cells that enable photosynthesis found to also play a role in plant self defense.)

The website Everything Explained Today explains that AMPA is a weak organic acid with a phosphonic acid group, and that it is one of the main byproducts of glyphosate. Its toxicity is believed to be comparable to that of glyphosate itself. (Related: Glyphosate breakdown molecule “AMPA” found to harm earthworms and degrade the life of soils.)

The abstract of a study published in the Journal of Experimental Botany in 2014, explains the link between glyphosate and AMPA:

Having a short half-life, glyphosate is quickly degraded to AMPA in soils by microorganisms (Franz et al., 1997; Van Eerd et al., 2003). A similar mechanism of glyphosate degradation has been proposed in plants (Reddy et al., 2004); therefore the co-occurrence of glyphosate and AMPA is expected in plant tissues due to glyphosate degradation and/or AMPA uptake from environmental matrices. Upon penetrating the plant tissues, glyphosate will reach active metabolic sites, such as root and shoot meristems, after being translocated through vascular tissues (Satchivi et al., 2000), following the same pathway as photoassimilates (Monquero et al., 2004). Similarly, AMPA can also be translocated to diverse plant tissues (Reddy et al., 2004). Therefore, plant organs such as nodules, root tips, and shoot apices, which show high rates of metabolism and growth, represent important sinks for glyphosate/AMPA.

In other words, both glyphosate and AMPA are incredibly invasive and quickly spread to every part of the plant. And these toxins do not only affect the plants on which they are directly sprayed. Some of the weed killer ends up on the soil adjacent to the plant, some is blown by the wind onto neighboring plants and soil, more is released by the roots of dead plants, and large volumes of this chemical are spread through agricultural runoff.

Many, many plants are therefore indirectly affected by glyphosate and AMPA.

The negative effects of glyphosate and AMPA on photosynthesis

Studies have proven that both glyphosate and AMPA interfere with photosynthesis, the process which is essential to virtually all life.

Most life forms are dependent on energy from the sun. Photosynthesis is the process by which plants capture light from the sun and convert it into sugar.

Through this process, green plants capture energy from the sun, use some of it to function and grow, and store some of it in their plant structure, where it’s available to other organisms when they eat the plants. At the same time, the plants release oxygen into the atmosphere.

Photosynthesis is so essential to life that any chemical that interferes with this process threatens our very existence. The evidence continues to mount that Monsanto’s toxic Roundup product should be banned entirely, for multiple reasons.

Learn more about the many dangers glyphosate poses to plant, animal and human life at Glyphosate.news.