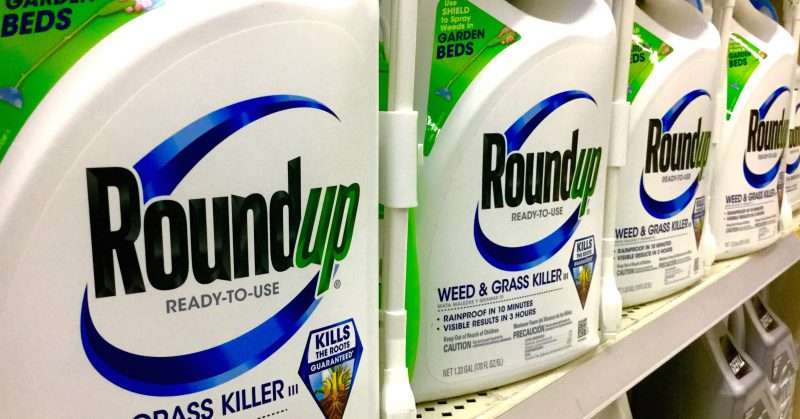 Glyphosate Worse than We Could Imagine. 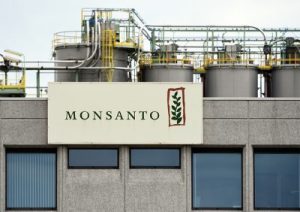 This Featured image is from NEO

As new studies continue to point to a direct link between the widely-used glyphosate herbicide and various forms of cancer, the agribusiness lobby fights ferociously to ignore or discredit evidence of human and other damage. A second US court jury case just ruled that Monsanto, now a part of the German Bayer AG, must pay $ 81 million in damages to plaintiff Edwin Hardeman who contracted non-Hodgkin’s lymphoma cancer. The ruling and a line-up of another 11,000 pending cases in US courts going after the effects of glyphosate, have hit Bayer AG hard with the company announcing several thousand layoffs as its stock price plunges.

In a trial in San Francisco the jury was unanimous in their verdict that Monsanto Roundup weed-killer, based on glyphosate, had been responsible for Hardeman’s cancer. His attorneys stated,

“It is clear from Monsanto’s actions that it does not care whether Roundup causes cancer, focusing instead on manipulating public opinion and undermining anyone who raises genuine and legitimate concerns about Roundup.”

It is the second defeat for the lawyers of Monsanto after another jury ruled in 2018 that Glyphosate-based Roundup was responsible for the cancer illness of a California school grounds-keeper who contracted the same form of cancer after daily spraying school grounds with Roundup over years, unprotected. There a jury found Monsanto guilty of “malice and oppression” in that company executives, based on internal email discovery, knew that their glyphosate products could cause cancer and suppressed this information from the public.

A new independent study shows that those with highest exposure to glyphosate have a 41% increased risk of developing non-Hodgkin lymphoma (NHL) cancer. A meta-analysis of six studies containing nearly 65,000 participants looked at links between glyphosate-based herbicides and immune-suppression, endocrine disruption and genetic alterations. The authors found “the same key finding: exposure to GBHs (glyphosate-based herbicides) are associated with an increased risk of NHL (Non-Hodgkin’s Lymphoma).” Further, they stated that glyphosate “alters the gut microbiome,” and that that could “impact the immune system, promote chronic inflammation, and contribute to the susceptibility of invading pathogens.” Glyphosate also ”may act as an endocrine disrupting chemical because it has been found recently to alter sex hormone production” in both male and female rats.

In a long-term animal study by French scientists under Gilles Eric Seralini, Michael Antoniou and associates, it was demonstrated that even ultra-low levels of glyphosate herbicides cause non-alcoholic liver disease. The levels the rats were exposed to, per kg of body weight, were far lower than what is allowed in our food supply. According to the Mayo Clinic, today, after four decades or more pervasive use of glyphosate pesticides, 100 million, or 1 out of 3 Americans now have liver disease. These diagnoses are in some as young as 8 years old.

But glyphosate is not only having alarming effects on human health. Soil scientists are beginning to realize the residues of glyphosate application are also having a possibly dramatic effect on soil health and nutrition, effects that can take years to restore.

While most attention is understandably drawn to the human effects of exposure to glyphosate, the most widely used agriculture chemical in the world today, independent scientists are beginning to look at another alarming effect of the agrochemical– its effect on essential soil nutrients. In a study of the health of soils in the EU, the online journal Politico.eu found that the effects of spraying of glyphosate on the major crops in European agriculture is having disastrous consequences on soil health in addition to killing weeds. 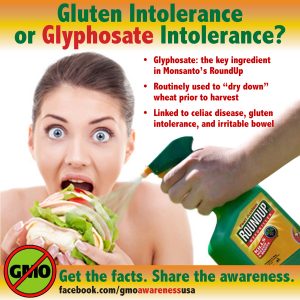 Scientists at Austria’s University of Natural Resources and Life Sciences in Vienna showed that casting activity of earthworms had nearly disappeared from the surface of farmland within three weeks of glyphosate application. Casting is the process of the worm pushing fertile soils to the surface as they burrow, essential for healthy soil and plant nutrition. A study at Holland’s Wageningen University of topsoil samples from more than 300 soil sites across the EU found that 83% of the soils contained 1 or more pesticide residues. Not surprisingly, 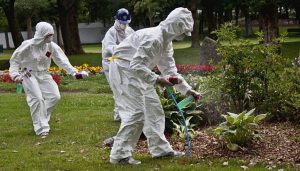 The use of various pesticides, above all glyphosate-based ones like Roundup, has exploded over the past four decades across the EU much as across the USA. The agribusiness industry claims that this has been the key to the dramatic rise in farm crop productivity. However if we look more closely at the data, while average yields of major grains such as rice, wheat and maize have more than doubled since 1960, the use of pesticides like glyphosate-based ones has risen by 15-20-fold. Oddly enough, while the EU requires monitoring of many things, monitoring of pesticide residues in soil is not required at the EU level. Until recently the effects of heavy use of pesticides such as Roundup have been ignored in scientific research.

Evidence of soil experts is beginning to reveal clear links between use of pesticides such as glyphosate and dramatic drops in soil fertility and the collapse of microbe systems essential to healthy soil. Worms are one of the most essential.

It’s well-established that earthworms play a vital role in healthy soil nutrients. Soils lacking such are soils that deprive us of the essentials we need for healthy diets, a pandemic problem of soil depletion emerging globally over the past four decades, notably the same time frame that use of pesticides has exploded worldwide. Earthworms are beneficial as they enhance soil nutrient cycling and enhance other beneficial soil micro-organisms, and the concentration of large quantities of nutrients easily assimilable by plants.

The EU puts no limits on how much glyphosate can be put on crops even though it is established that glyphosate can kill specific fungi and bacteria that plants need to suck up nutrients in addition to its effects on earthworms. That is a major blind spot.

What is becoming clearer is the colossal and obviously deliberate official blind eye given to potential dangers of glyphosate-based pesticides by regulatory bodies not only in the EU and the USA, but also in China, which today produces more glyphosate than even Monsanto. Since the Monsanto Roundup patent expired, Chinese companies, including Syngenta, Zhejiang Xinan Chemical Industrial Group Company, SinoHarvest, and Anhui Huaxing Chemical Industry Company, have emerged as the world’s major producers of the chemical as well as largest consumers, a not good omen for the future of the legendary Chinese cuisine. 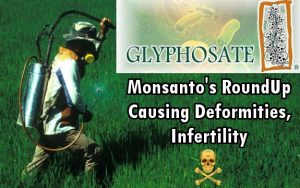 Despite the overwhelming evidence, however, EU Commission bureaucrats and the USA EPA continue to ignore prudence in not banning the toxic chemical pending thorough independent investigation over longer time. If I were cynical, I would almost think this continued official support for glyphosate-based herbicides is about more than mere bureaucratic stupidity or ignorance, even more than simply corruption, though that for sure plays a role. The nutritional quality of our food chain is being systematically destroyed and it is about more than corporate agribusiness profit.

Note to readers: please click the share buttons below. Forward this article to your email lists. Crosspost on your blog site, internet forums. etc.