Google Shuts Down Traffic To Mercola.com – One of The World’s Leading Health Advocates 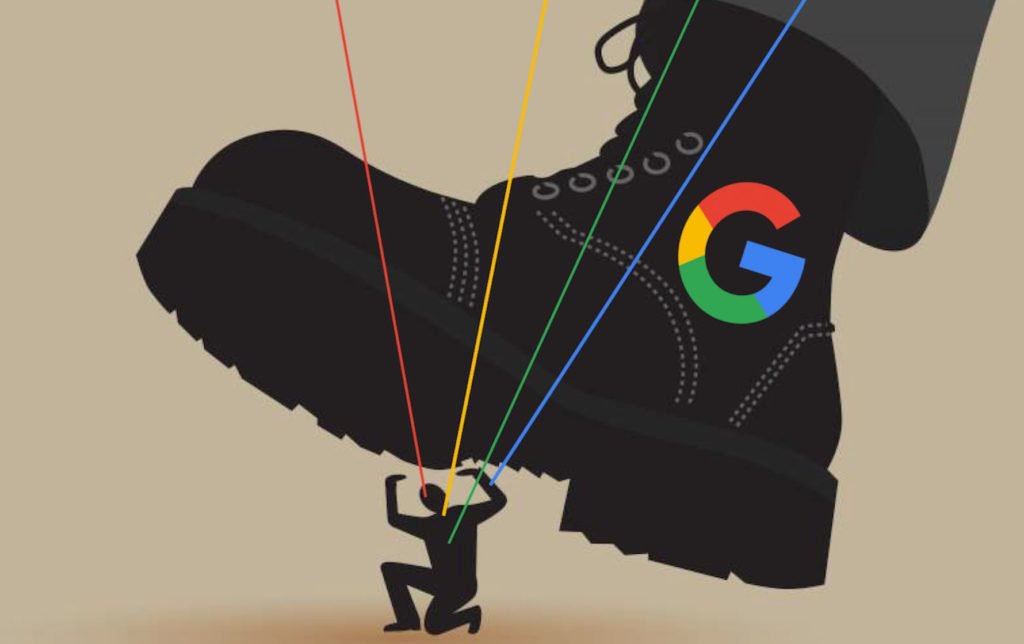 Who is Dr. Joseph Mercola? Well, he’s a well-known doctor who left the mainstream medical industry and has changed the lives of many through various avenues, and one of those avenues is through spreading information and awareness. Mercola.com is one of the most popular sites that has been providing information that the powerful elite, mainstream media, and big pharma definitely don’t want you to know about.

According to one of their most recent articles:

Over the years, the government and business monopolies, including the likes of Big Tech, have formed a global alliance hell-bent on protecting and concentrating member profits. The price for keeping business going as usual is personal liberty and freedom of speech that may impact these fascist government-industrial complexes.

The major industries colluding to take over the government and government agencies include banking, military, agriculture, pharma, media and Big Tech.

The leaders of these industries have organized strategies to buy off politicians through lobbying and to capture regulatory agencies through revolving door hiring strategies and paid-for media influence through advertising dollars.

Big Tech has joined the movement, bringing in a global concentration of wealth to eliminate competition and critical voices — voices that bring awareness to the frightening future as our rights, freedoms and competition erode into a fascist sunset, all disguised as a means to protect you from “misinformation.”

This year, we’ve seen an unprecedented push to implement censorship across all online platforms, making it increasingly difficult to obtain and share crucial information about health topics. If you’ve been having difficulty finding articles from my website in your Google searchers of late, you’re not alone.

Google traffic to Mercola.com has plummeted by about 99% over the past few weeks. The reason? Google’s June 2019 broad core update, which took effect June 3,1 removed most Mercola.com pages from its search results.

Censorship is at an all time high, and it’s almost Orwellian. We now have a powerful group of people who make up the global elite and are now deciding for the people what is real, what is fake, what they are allowed to see, and what they are not allowed to see. This would be the modern day “Ministry of Truth” Orwell speaks of in his book, 1984.

Collective Evolution has been around for 10 years now, and we witnessed our site as well as many other credible alternative media sites present information that went viral. A lot of people have woken up to various things that threaten elitist control structures and corporate profits. This became so evident and information was spreading so far and wide that the elite had no choice but to target it, label it as fake, and completely censor/attempt to shut it down. It’s truly a badge of honor to have made it onto their radar.

The only issue with their plan is that this reaction from the elite ended up further exposing what’s happening. The fact that they are demonetizing a vast number of people, like Mercola, and censoring a number of websites has only opened more eyes.

This is a clear infringement of freedom of information. Although recent moves made by Google and others might be somewhat effective, in the long run they represent a positive step towards exposing the truth and furthering the ‘transparency’ movement that’s currently affecting all aspects of humanity.

It’s truly amazing to see how much consciousness has shifted on our planet. Topics and information that were once deemed ‘conspiracy theories’ are now no longer considered that. This is all as a result of information coming to light. Heck, mass surveillance was once considered a conspiracy theory, despite all of the information and evidence that existed prior to the leaks from Edward Snowden. Information is changing the way the masses perceive the human experience, and as a result the human experience is changing. We are living in very exciting times.

No doubt more information will continue to emerge as we move through 2019 and beyond, further challenging the long-held beliefs the masses have been brainwashed into developing over the years. This is a positive thing, and it’s best to keep an open mind in this day and age as more paradigm shifting information continues to emerge, despite the efforts made by those who are threatened by it to completely shut it down, erase it and censor it. The truth cannot be stopped.