More Than Half of U.S. Youth are OBESE By Age 35 by Jhoanna Robinson 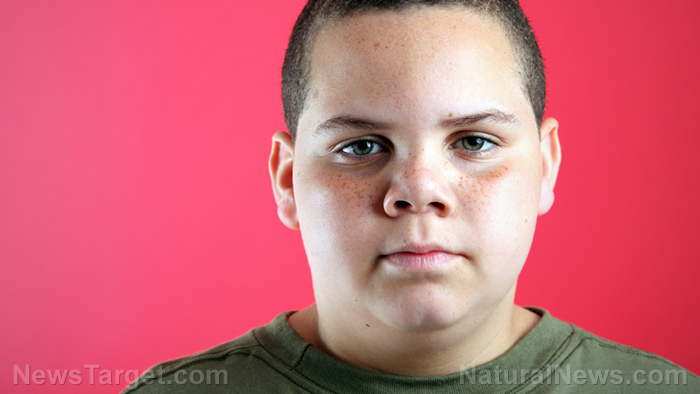 More Than Half of U.S. Youth are OBESE By Age 35

(Natural News) Children who are extremely obese have only a one in five chance of being of normal weight as adults. Unfortunately, current estimates place around 4.5 million children in the United States being overweight.

According to a report released by researchers at Harvard University in Cambridge, Massachusetts that was published in the New England Journal of Medicine on Thursday, November 30, over 57 percent of children in America will be obese by the time they reach the age of 35 if existing trends in weight gain and unhealthy eating habits persist.

It also said that half of the more than 57 percent of children who will become obese by the age of 35 will start getting fat while they were still children. For currently obese children, the stakes double: three out of four two-year-olds are forecast to still be obese at age 35.

The future is not looking bright for them. (Related: Obese children 50 percent more likely to develop cancer compared to normal weight children.)

“Only those children with a current healthy weight have less than a 50 percent chance of becoming obese by the age of 35 years,” according to the study.

At present, around 36.5 percent of the adult population in the U.S. can be considered obese, which is defined as having a body mass index (BMI) of 30 or higher by federal health officials. That’s for adults. Obesity in children is defined as having a BMI of at or above the 95th percentile of same-age, same-sex peers.

According to the Centers for Disease Control and Prevention, the annual medical costs of obesity in the U.S. are over $147 million annually. Also, the agency reported that over one-third of adults are obese, and around 17 percent of them are children.

The study was anchored on a simulation model that predicted future trends based on height and weight data from five nationwide studies in 2016 of over 41,000 children and adults. “Obesity will be a significant problem for most children in the U.S. as they grow older,” the study indicated.

Steven Gortmaker, professor of the practice of health sociology at Harvard, had this to say: “It is critically important to prevent excess weight gain, starting at an early age. Plenty of cost-effective strategies have been identified that promote healthy foods, beverages, and physical activity within school and community settings.”

For his part, Harvard University’s T.H. Chan School of Public Health analyst and lead author Zachary Ward said: “Adult obesity is linked with increased risk of diseases such as diabetes, heart disease, and cancer. Our findings highlight the importance of prevention efforts for all children as they grow up, and of providing early interventions for children with obesity to minimize their risk of serious illnesses in the future.”

“We may have stabilized obesity in some age groups – although some recent data shows it’s still continuing to increase among young children – but even if we also ran a scenario where we assumed these trends in weight gain don’t continue – that they remain flat – we still find that about 50 percent of children in that scenario will have obesity at the age of 35,” Ward added.

Ward expressed confidence that their study is accurate and timely, saying: “It’s the first time that we used new methods to make better predictions based on data that we have. This study is able to make more accurate predictions for today’s generation of children, to really characterize their risks more precisely.”