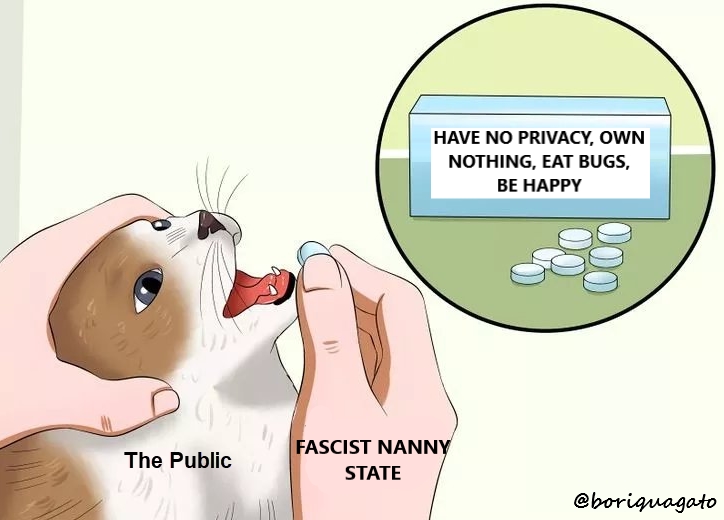 The world of politics presupposes a conflict of agendas. Contrast this battle of wills with the mystic approach, above all grounded in a unifying vision of wholeness, oneness. Under the taint of politics, art becomes a brand; science is superseded by institution; spirituality replaced by religion. The mystic view, without agenda, takes refuge in observation, witness. What gets in the way can be attributed to ego, materialism, dualism.

Can there be such a thing as mystic politics, or is that an oxymoron, a contradiction in terms?

The tradition of the Religious Society of Friends (Quakers), which inspired a wave of nonviolent activism in the 1960s and beyond, shows a way forward through consensus facilitation. After the Sunday Meeting for Worship, business is conducted carrying forward the same spirit: the “Meeting for Worship for Business.” The role of the facilitator is key in the determination and carrying out of an agenda for the meeting, as well as helping to identify and articulate whatever agenda for further action may arise from the group. By this process spiritual power is harnessed, embodied in group will to engage in real-world politics. Quakers are well known, for example, for their public advocacy of peace, indigenous causes, and humane treatment of prisoners.

The secular model may not carry the same unified grounding in spiritual understanding, but facilitation of other public groups can be similarly effective when the role is free of personal agenda and fixed rather on observation of the group’s direction. In cases where there is a conflict of interest, the facilitator “stands aside” for that discussion, similar to recusal in the legal system.

Replacing agenda with observation recalls the Indigenous wisdom of John Trudell, who expresses (in “Becoming Human”) the preference to replace fixed belief with more open-ended thinking. In that more neutral space we can observe of ourselves more clearly what we know and admit what we don’t know. We can come to recognize, appreciate, and exercise our “native” human intelligence.

Becoming human—again—we can reclaim the integrity of our common sense, as opposed to our slavish reliance on so-called experts.

‘You can’t rely on experts to use common sense, and other people defer TOO MUCH to experts. We need to stop deferring to experts. They are valuable for giving us an informed opinion to consider, that’s all. You should feel free to reject expert advice if it doesn’t make sense to you.’ —Jeff Childers 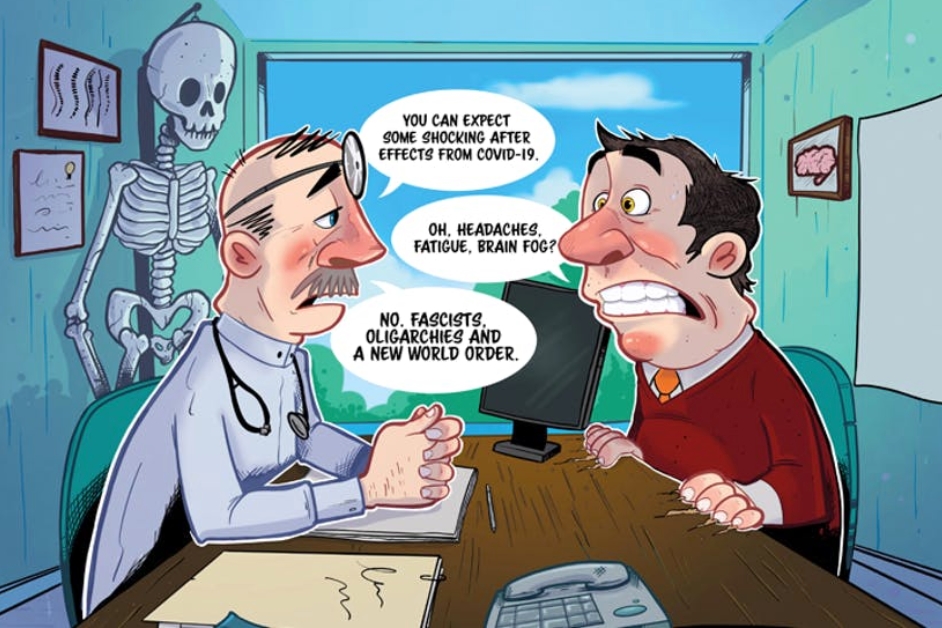 Becoming more, not less human, we can reject meanwhile the prostituted language of the the global technocrats, who obfuscate their visions of global dominion and depopulation with flowery platitudes and smokescreens of banality. (For a thorough evisceration of the language of global-speak, see eugyppius, On Bad Writing and Banality and Klaus Schwab.)

Returning to the theme of politics, we can see that whereas different languages describe the same human meaning using different sets of words, politics assumes different meanings for the trigger words of a given language. At its Orwellian extreme, contemporary political doublespeak completely inverts the meaning: “War is Peace. Freedom is Slavery. Ignorance is Strength.”

Out of this babel of confusion, one principle may yet emerge to save the human day:

This ancient principle applies in every endeavor, from medical ethics to self-government. The core of the physician’s professional duty, it has been replaced by the doctrine of misinformed consent, imposed on doctors by the CDC, FDA, WHO, NIH, and their local certifying boards. At the receiving end are the unwitting or unwilling patients who line up for shots, given no other option but self-harm.

‘Here’s a high level collection of some of the most compelling pieces of evidence I’ve seen to date. This is not an exhaustive list, but just the key pieces of data that are impossible to explain if the vaccines are safe and effective.’ —Steve Kirsch, Evidence of Harm

‘The death toll from this vaccine campaign is already more than 1,000-fold higher than any vaccine program in American history and it has not changed their worldview one bit — because their worldview consists of a single thought: “society must be defended.”’ —Dr. Toby Rogers

Society has devolved into destroying its citizens in order to defend its institutional aims, entrenching the power of its leaders. Observation of harm becomes forbidden, as it undermines the ruling agenda. Thus, politics kills truth.

‘Here in the US, we haven’t yet begun to execute dissidents, but we’re getting close. They are refused medical care. They can no longer work. Their children are taken from them. They are locked up indefinitely without trial in an underground dungeon in Washington DC, where they are tortured by sadistic racist guards to the point of suicide. That’s pretty close to government-sponsored execution.’ —Dr. Mark McDonald, Dissident or Exile?

That much-misunderstood term, Fascism, properly defined as the merger of state and corporate power, stands as the polar opposite of ahimsa, Gandhi’s guiding principle equivalent to “Do No Harm.” Contrary to popular belief, Fascism was never defeated in World War II. Instead, its adherents were transplanted to the US and kept active throughout Europe (as documented by Matthew Ehret). 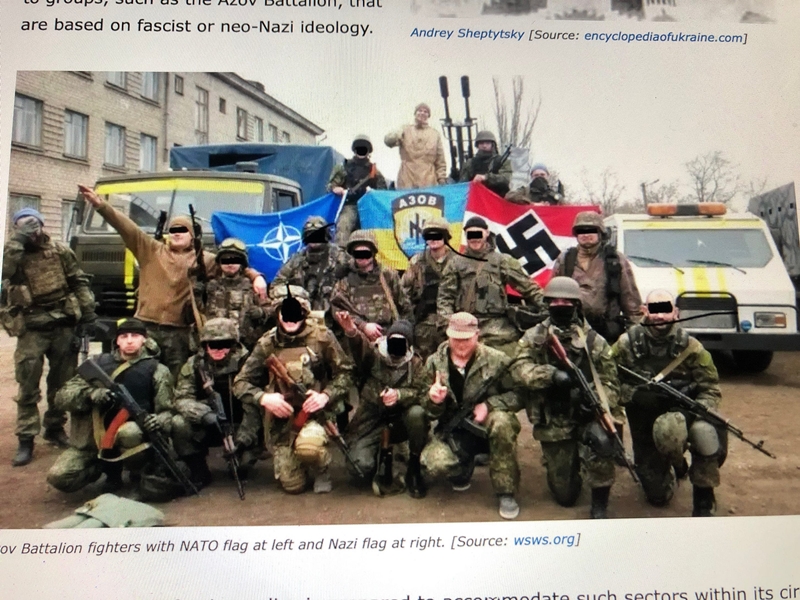 Indeed, what could be more fascist than the merger of government and corporate (pharmaceutical industry) power during the COVID coup? Yet the trope of branding all dissenters as “right-wing” continues gaining traction; the latest example being Italy’s new PM, Georgia Meloni.

‘If [the globalists’] vision of “democracy” is medical tyranny and the forced expansion of cultural Marxism, or if their idea of democracy is government cooperation with corporate monopoly and the erasure of our country’s founding principles, then yes, I suppose I am indeed an enemy of “democracy”…

‘The latest election in Italy has resulted in a landslide win for the conservative coalition and the new prime minister (and first woman prime minister), Georgia Meloni, gave a rousing victory speech this week which directly exposed the far-left invasion of western nations, globalism and the poisonous collusion with woke corporations to silence dissent. She called for a return to freedom, and what was the mainstream media response? They are calling her a “fascist.”’ —Brandon Smith 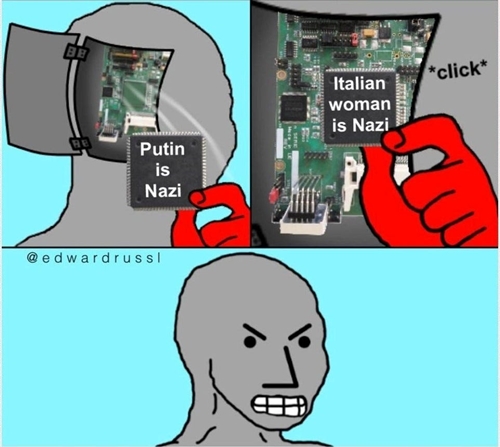 ‘Bottom line: if there is Fascism going on here, it is based in Brussels with the EU leadership, not in Rome with Meloni and the Brothers of Italy.’ —Dr. Robert Malone, Defamation of Giorgia Meloni Refuted

In this charade the truism that comes to light is, “always accuse the other side of that which you are guilty.”

A more nuanced perspective on Meloni’s politics is provided by Thomas Fazi, who reports, “Giorgia Meloni is no radical – Italian voters know she won’t change anything.”

Into the murky waters of fascist-speak wades Lefty icon Chris Hedges, whose recent commentary on the Italian election illustrates the conundrum faced by a truth-speaker caught between shifting agendas and ideologies. On the one hand, he echoes Matthew Ehret’s historical recap of the fascist threads running right through to the present day. Then he segues immediately into the branding of Meloni: “Fascism, which has always been with us, is again ascendant. The far-right politician Giorgia Meloni…” Hedges’ beef is that the left-leaning liberal class, once the buffer against unchecked state and corporate power, has sold out to the rulers and left a populist void that is exploited by “the rise of neo-fascism and demagogues.” He bemoans this predicament, yearning for the old liberalism: “At the heart of the problem is a loss of faith in traditional forms of government and democratic solutions.” He blames both oppressors and oppressed, Democrats and Republicans, but more so the latter: “The U.S. has its own version of fascism embodied in a Republican party that coalesces in cult-like fashion around Donald Trump, embraces the magical thinking, misogyny, homophobia and white supremacy of the Christian Right and actively subverts the election process.” 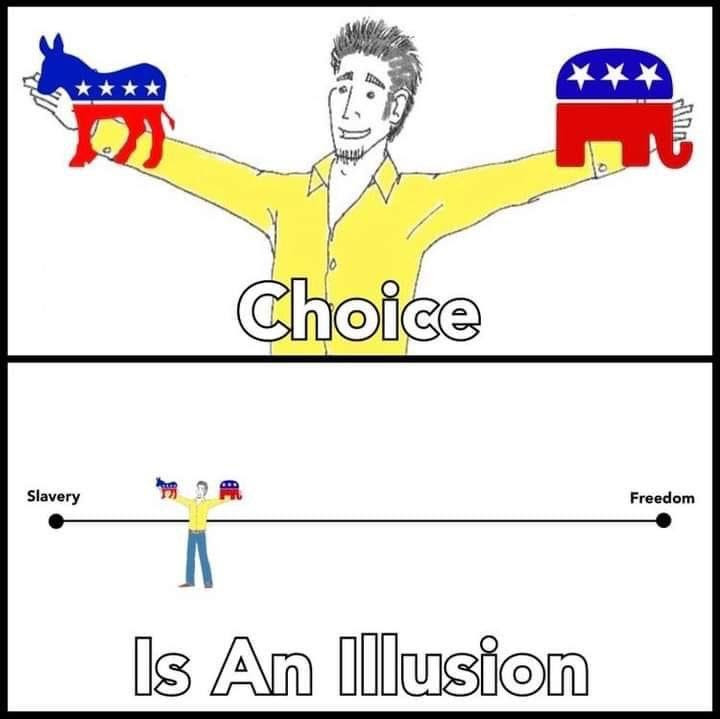 It is disconcerting to see Hedges, once a champion dissenter of abuses from a militarized state, give lip service to critiquing that top-down version of fascism, but with more venomous ire launch a broad-brushed attack on the unwashed masses and their chosen leaders who seek to upend the pyramid of power. It appears this aging champion of dissent has sold out to the agenda of his constituency (the old Left and the co-opted liberal class), by reflexively displaying Trump Derangement Syndrome, disparaging conservative skeptics, and resorting to the prejudicial jargon of a Hillary Clinton (“deplorables”), Biden (“semi-fascists”), or Trudeau (“racists and misogynists”) to condemn the disenfranchised peasants.