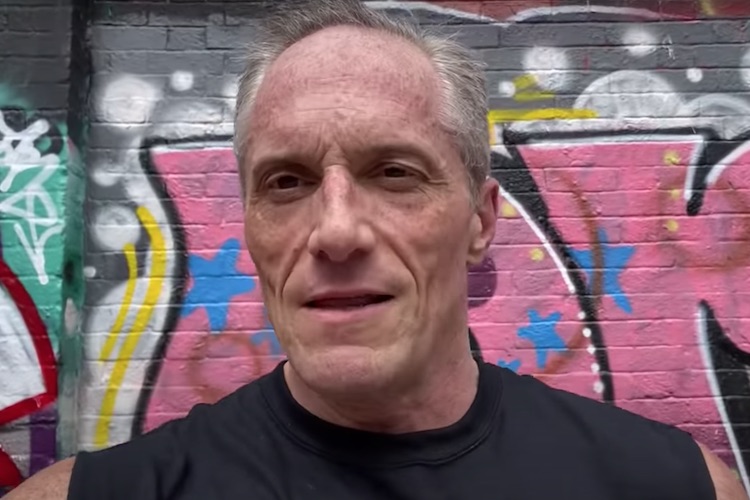 Most average people really have no idea just how much the information they see on the internet and social media is censored by government and big tech. Perhaps if they knew they would rise up and do something about it, and recent events are bringing this reality home to many more people than ever before.

Emerging as a spokesperson and hero for the free speech is Brian Rose, founder of London Real. His primary focus has been on interviewing top-tiered and respectable guests from his London studios, and he has always maintained an open mind, even when someone like David Icke blows his mind wide open.

As the Coronavirus crisis set in, censorship of vaccine information, 5G concerns, and natural options for boosting the immune system and surviving the virus were instantly suppressed. When the BBC had YouTube remove a wildly popular interview with Rose and Icke, millions of people suddenly realized that their free speech was in serious jeopardy.

Demonstrating a ray of hope in these darkening times, Rose recently announced that public support for his stance in favor of free speech was so overwhelming that he was able to raise hundreds of thousands of dollars to build a new livestreaming platform which will subvert corporate censorship and allow people like to say whatever they wish, no matter who disagrees with them.

READ: WATCH: The David Icke Covid-19 Interview that was Immediately Removed by YouTube

He calls it the Digital Freedom Platform and it will host a variety of guests which have been censored on YouTube, starting with a third interview with David Icke. They are preparing for a million viewers to tune in, potentially setting a world record for most people watching a stream at once.

“We have blown through our initial goal of $100,000 to pay for our livestream of Rose Icke III which is happening on May 3rd.” – Brian Rose

London Real has been posting videos to their YouTube channel for nearly 10 years featuring hundreds of guests including famous thought leaders, media personalities, and health gurus while covering diverse topics ranging from spirituality to plant medicine, health, and civil liberties.

When Brian’s first Covid-19 interview with David went viral he decided to bring him back on for another round, but YouTube shut it down immediately after the livestream was finished. Fortunately, despite blatant censorship it now lives on the video hosting platform BitChute with almost a million views.

However, the now famous David Icke II interview was taken down only after YouTube was pressured to. After its removal, the BBC wrote a front-page article boasting of their influence on YouTube to censor the video.

“YouTube only deleted the content after the session had ended, despite being aware of the broadcast while it was ongoing. It changed its rules after the BBC questioned why the video was permitted.” – BBC

Under YouTube’s new policy, all content which features dissenting viewpoints to the official position of the World Health Organization (WHO) are to be removed indefinitely, effectively stripping the free speech rights of everyone who disagrees with the global government body’s stance.

“I don’t necessarily agree with what David is saying, but I will fight to the death for his right to say it. That’s the pledge we all make when we come into one of these western countries in the first place.” – Brian Rose [SOURCE]

After a string of scandals involving YouTube censorship and algorithm manipulation, the notoriety of the removal of Icke’s interview has proven to many that Silicon Valley tech companies do not believe in the freedom of individuals to speak or even listen to others who may have a dissenting viewpoint to the government or mainstream media.

“What are you going to tell your grandchildren you did during the great reduction of human rights of 2020? Did you sit at home and do as you were told, or did you fight back, did you question authority?” – Brian Rose

In just the first few days the Digital Freedom Platform has collected more than $400,000 in funding from over 11,000 backers. After the platform’s debut interview with Icke, Rose plans to feature other guests who have also been censored on YouTube including Robert F. Kennedy Jr. and more.

Phillip Schneider is a student as well as a staff writer and assistant editor for Waking Times. If you would like to see more of his work, you can visit his website, or follow him on the free speech social network Minds.

This article (Hope for Free Speech – The World Rallies to Support Brian Rose’s New Censorship Free Streaming Platform) as originally created and published by Waking Times and is published here under a Creative Commons license with attribution to Phillip Schneider and WakingTimes.com. It may be re-posted freely with proper attribution, author bio, and this copyright statement.Like Waking Times on Facebook. Follow Waking Times on Twitter.