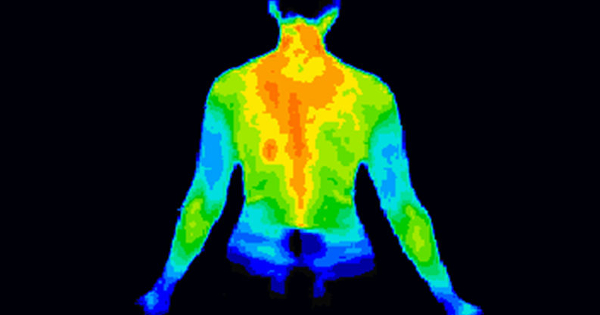 Written By:
GMI Reporter
This article is copyrighted by GreenMedInfo LLC, 2018
Visit our Re-post guidelines

Having a “hot body” has more benefits than ever before, thanks to new scientific findings on the role that elevated body temperature plays in helping fight infections and ward-off disease

A 2018 study examining the role that temperature plays in the body’s inflammatory response has demonstrated that the hotter our body temperature, the more effective our immune system becomes at fighting tumors, healing wounds, and fighting infections.

Researchers at the Universities of Warwick and Manchester in the UK recently published the paper entitled, Temperature regulates NF-κB dynamics and function through timing of A20 transcription,[1] in the Proceedings of the National Academy of Sciences of the USA. Acknowledging that inflammation is often accompanied by changes in body temperature, researchers sought to close the gap of information on how these phenomena may be linked.

Using an experimentation method incorporating mathematical modeling, researchers from the University’s Mathematics Institute partnered with biologists, infectious disease specialists, epidemiologists and other scientists to better understand these systemic interactions. These models were used to calculate cellular responses to inflammation, such as how small increases in body temperature affect specific genes, including key inflammatory regulators.

Biologists focused on the actions of a protein called ‘Nuclear Factor kappa B’ (NF-κB). When inflammation markers are in the bloodstream, NF-κB proteins “switch on” by moving into and out of the nucleus of cells, turning genes on and off in response to inflammation. This cellular-signaling works on a biological clock, with cells activated for a period of time to respond to the perceived source of inflammation. A healthy NF-κB response allows the body to effectively suppress tumors and infections, and aids in rapid wound-healing. An uncontrolled NF-κB response is associated with inflammatory diseases such as psoriasis, rheumatoid arthritis, and Crohn’s disease.

Mathematical models were used to test the correlation of the rate of this NF-κB “clock” to changes in body temperature. Researchers discovered that if the body temperature is lower than normal, around 94℉, the NF-κB clock slows down. This has the effect of slowing the body’s response rate to wounds and infections. When the body temperature is higher than normal (>98.6℉), as in the case of fever, the NF-κB clock speeds up and continues to increase with each degree of uptick in body temperature. This increased physiological response to inflammation is associated with rapid wound healing, fewer and shorter infections, and even anti-cancer benefits.

Researchers correctly predicted that a protein called A20 holds a critical key in this process. When A20, the central gatekeeper in inflammation and immunity,[2] was removed from cells during experimentation, the NF-κB clock lost its correlative link with body temperature. This link helps explain why our bodies cycle through normal changes in body temperature (+/- 1.5 degrees) over the course of a 24-hour day.

Lead mathematician David Rand, Professor of Mathematics and member of the University of Warwick’s Zeeman Institute for Systems Biology and Infectious Disease Epidemiology, commented: “The lower body temperature during sleep might provide a fascinating explanation into how shift work, jet lag or sleep disorders cause increased inflammatory disease.” Researchers concluded that cellular response to inflammation may be “mechanistically and functionally regulated by temperature,” clearing the way for new drugs that control inflammation by more precisely targeting the A20 protein.

Professor Mike White, lead biologist from the University of Manchester, noted that these findings validate our understanding of why “influenza and cold epidemics tend to be worse in the winter when temperatures are cooler,” and that “mice living at higher temperatures suffer less from inflammation and cancer.” Said White: “These changes may now be explained by altered immune responses at different temperatures.”

Bring the Heat to Boost Immunity

Fever is a normal part of a healthy immune response that is often met by over-reaction. Fever is produced when we come into contact with toxins, E. coli bacterium, for example, that introduce pyrogens into the bloodstream. Pyrogens are toxins that infect the body and stimulate a fever-response. The immune system identifies pyrogens as threats, alerting the hypothalamus to signal the body to generate and retain heat in the form of a fever.

Medication designed to suppress a therapeutic fever can do more harm than good. According to Harvard Medical School, an adult has a fever when his or her temperature exceeds 100.4℉. A fever is not considered medically urgent until it exceeds 104℉,[3] at which point measures should be taken to cool the body and seek immediate medical attention.

Pyrogens signal the immune system when a dangerous toxin has entered the bloodstream. But what about microtoxins that we are exposed to everyday? Persistent organic pollutants such as chemical fertilizers from agro-runoff are in the soil, air, and water of most places in America. Heavy metals loosed from the Earth by industrial operations become airborne and seep into soil and water tables. Plasticizers like phthalates are found in umbilical cord tissue and breast milk, and in the fat cells of most Americans. Most of us don’t get a fever every time we walk outside, but we should not mistake this apparent lack of bodily reaction for a lack of bodily harm.

“The dose makes the poison,” is more than just a colloquialism; it is a chemical reality that has allowed for questionable standards for public drinking water, mass-produced foods, and air quality in the United States. Until recently, medical science had essentially discounted the dangers of low-dose toxins. Difficulty with accurate testing methods, as well as the inability to affect rapid policy and procedural change, are among the reasons why scientists had left this question largely unexplored. Thankfully, this has changed in the last decade, and not a moment too soon: recent studies show that low-dose toxins can be among the most dangerous of all chemical exposures.[4]

In a landmark study released at the end of 2017,[5] scientists found that “widely disseminated chemicals and pollutants…are proportionately more toxic at the lowest levels of exposure,” and “we will need to achieve near-zero exposures to protect public health.” Other recent studies have shown that microdoses can and do impact health, including increased risk of neurodegenerative diseases,[6] hormonal disturbances,[7] and increased risk of cancers.[8] Since we can’t snap our fingers and make environmental toxins go away, a diligent approach to disease prevention includes enhancing our immune system and efficiently dumping toxins on a regular basis.

Thankfully, we don’t need to become sick with fever to reap the disease-fighting advantages of a body temperature boost. There are natural ways to hack our body heat that also speed detox—and are often downright enjoyable! Whether you patronize a health club or implement a DIY solution, here are three healthful therapies that will help you turn up the heat.

Your body has a powerful, natural system for detoxifying that doesn’t require you to suffer the discomforts of being under-the-weather. All you have to do is pick your favorite exercise and break a sweat! Sweating is one of mankind’s primary mechanisms for eliminating toxins and purifying the body. Sweating naturally raises body temperature, dumps wastes, and stimulates biochemical activity, including increased circulation of blood and lymphatic fluid.

A 2011 study published in the Archives of Environmental and Contamination Toxicology, observed that dangerous metals and petrochemicals were detected in the sweat of study participants that were not seen, or were seen in differing levels, in urinalysis and blood serum tests conducted on the same patients. This finding prompted researchers to call for “sweat analysis to be considered as an additional method for monitoring bioaccumulation of toxic elements in humans.”

You can induce a sweat with intense exercise or take a more leisurely approach through sunbathing. Sunbathing raises body temperature when photons penetrate the skin, stimulating production of Vitamin D and energizing the water in our cells. UV and radiant heat make H2O’s charge, polarity, and conductivity stronger, while blood, lymph, and other body fluids become thinner. This speeds circulation, moving oxygen-rich blood in, and waste products, out. Getting a deep, purifying sweat several times per week can greatly enhance the efficiency at which our bodies remove these everyday toxins.

Another low-impact option for increasing body temperature is sauna therapy. Saunas can be enjoyed in many forms, including traditional dry sauna, steam sauna, and infrared sauna. In a dry sauna, humidity is kept between 10-20%, with temperatures reaching as high as 185℉. Body temperatures easily reach elevated levels during sauna, and can be safely sustained for around 15-30 minutes, for most individuals.

Dry or Finnish sauna is the standard in many countries and is widely regarded as a healthful way to purify and relax the body. But the benefits of sauna extend well beyond relaxation. A 2002 study introduced twenty patients suffering from chronic heart failure to daily, 15-minute dry sauna sessions. Results showed that 17 of the 20 patients had improved vascular and cardiac function after just two weeks of sauna therapy.

Wet or steam sauna has a different host of health benefits. Steam is healing for many respiratory ailments, and can deeply penetrate sore, aching muscles. Hot tubs can reach temperatures of 104℉, and for some, is a gentler way of achieving increased body heat. According to Harvard Health, “a study of 15 men with coronary artery disease showed that 15 minutes in a hot tub produced less circulatory stress than 15 minutes on a stationary bike.” Hot tubbing has also been shown to safely lower high blood pressure.[9]

Infrared saunas use warm, infrared heaters to emit light waved that are absorbed by the surface of the skin. In a 2010 study comparing infrared and steam saunas, researchers found that the sweat from the infrared sauna contained more bismuth, cadmium, chromium, mercury, and uranium. The steam sauna caused higher levels of arsenic, aluminum, cobalt, copper, manganese, nickel, lead, tin, thallium, and zinc to be excreted.

Whatever form of sauna you choose, you can achieve an even greater immunity boost by plunging into cold water in-between bouts of heat. This quick temperature shift agitates body fluids that have become stagnant from periods of inactivity and is great for enhancing circulation.

Therapeutic heating, or thermotherapy, applies to any form of therapy in which heat is applied to achieve physical improvement or relief from symptoms. Whether it’s applying a hot water bottle to an aching muscle group or taking a hot bath with Epsom salts, thermotherapy can achieve low-level increases in body temperature, and is a useful form of easy-to-render comfort and relief from aches and pains.

Heat wraps and pads are employed to great efficacy for treating muscle spasms, herniated disks, eye pain, and other types of musculoskeletal issues. A 2002 study found that warm paraffin wax baths were useful in improving range-of-motion in sufferers of rheumatoid arthritis.[10]Objective improvements were seen in ability to pinch fingers together, improved grip strength, and reduced pain and stiffness when compared to controls after four consecutive weeks of treatment. Treatments such as these can be a useful adjunct to traditional arthritis treatment and may allay the need for habitual pain medication.

Thermotherapy isn’t limited to mundane applications like heating pads—you can also find it in-use as a space-age, laser beam used to fight cancer. Intense heat is directed via infrared laser into the eyes of cancer patients, where it effectively heats and kills retinoblastoma tumor cells that form inside the eye.[11] Other low-level laser therapies are being employed for the treatment of chronic pain[12]and arthritis, with other therapeutic uses for laser currently under development.

For more information about efficient ways to use hack your health, visit GreenMedInfo’s Research database.