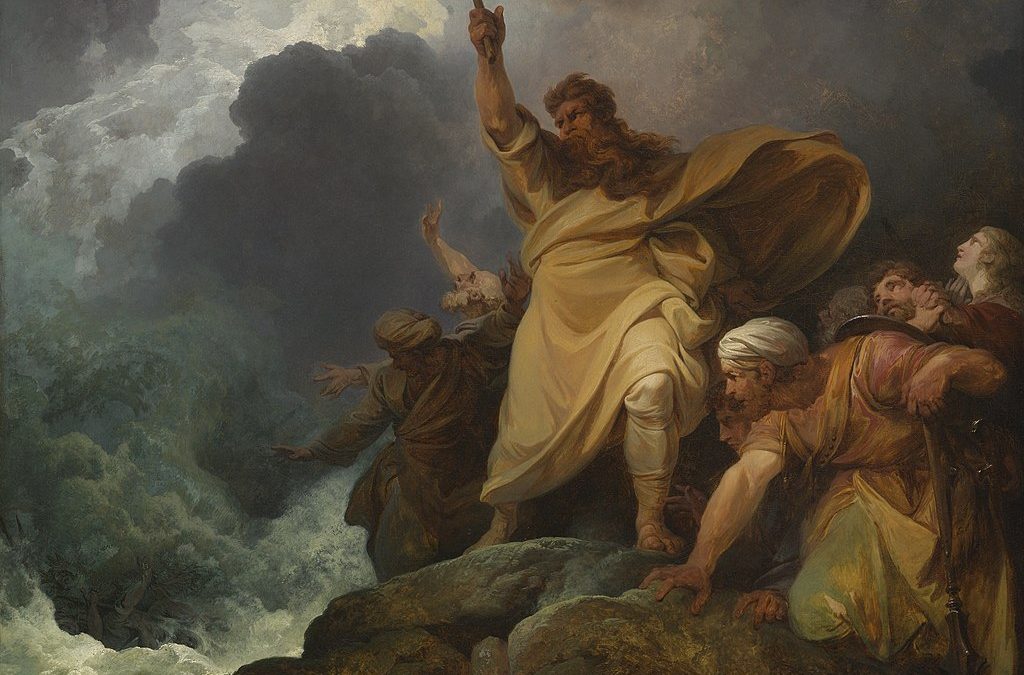 The following is a transcript of the video.

“Monsters exist, but they are far too few in number to be truly dangerous; the most dangerous monsters are ordinary [men and women] ready to believe and obey without asking questions.”

Is a peaceful and prosperous society dependent on strict obedience to the laws and dictates of the state? Is voting the only proper means to show displeasure with the commands of politicians and bureaucrats? While school systems and the mainstream media try to indoctrinate us with an obedient mindset and while politicians desire an almost blind obedience from the populace, history tells a different story about the value of always doing what we are told. In this video we are going to discuss why obedience, not disobedience, is the greatest threat to mankind, while also examining how civil disobedience keeps a society free.

“The problem is not disobedience, it is obedience.”

“The real question is not to know why people rebel, but why they don’t rebel.”

While the Grimke sisters, famous for their work with the abolitionist and woman’s suffrage movements of the 19th century, put it this way:

“The doctrine of blind obedience and unqualified submission to any human power, whether civil or ecclesiastical [i.e., religious], is the doctrine of despotism.”

In the 20th century as millions upon millions of bodies pilled up in socialist and fascist countries it became evident to all those who cared to look that obedience can kill. In the Soviet Union, Nazi Germany, Cambodia, China and North Korea, it was not rebellion or a disregard for law that sent hundreds of millions to an early death but the fact that in such countries people obeyed too much. They obeyed laws that were immoral and they accepted commands from politicians and bureaucrats that were socially destructive. The horrific experiences in these countries taught us a very important lesson, but one that has quickly been forgotten: sometimes it is obedience, not disobedience that is the true crime, or as Peter Ustinov wrote in a 1967 article in the New Yorker:

But even if laws that lead to the suffering of innocent people and to the destruction of a society should be disobeyed, this proves very difficult after a country has descended into full-blown totalitarianism. For with totalitarianism comes an enslavement of the population. First an enslavement of the minds of the masses through incessant propaganda and then a physical enslavement through mass surveillance, police forces and a judicial system whose main job is to keep people in a state of submission. Under these oppressive conditions of the all-powerful centralized state, disobedience takes a heroic act of the will as stepping out of line can easily be paid for with one’s life. What makes disobedience even more challenging under totalitarianism is that when the state controls all, economic activity grinds to a halt. This leads to shortages in life’s necessities, and when one is hungry, finding food, not resisting tyranny, is front of mind, or as Theodore Dalrymple explains:

“In [totalitarianism] shortages of material goods, even of necessities, were not a drawback but a great advantage for the rulers. These shortages were not accidental to the terror, but one of its most powerful instruments. Not only did shortages keep people’s minds strictly on bread and sausage, and divert their energies to procuring them so that there was no time or inclination left over for subversion, but the shortages meant that people could be brought to inform, spy and betray each other very cheaply. . .”

Theodore Dalrymple, The Wilder Shores of Marx: Journeys in a Vanishing World

Disobedience, therefore, is not an antidote to full-blown tyranny. Disobedience rather is a preventative measure to tyranny. But to be effective at returning freedom to a society at risk of losing it, disobedience must endure widespread support, it must in other words take the form of civil disobedience. When an individual practices disobedience in a solitary manner this is referred to as dissidence or conscientious objection. Civil disobedience, on the other hand, occurs when a group of people disobey and in a public manner. This act of mass non-compliance sends a message that no politician wants to hear: the people no longer fear them, no longer respect them and will no longer obey them. The current form of governance has been deemed no longer acceptable and in contrast to a protest whereby a populace asks for its freedom back, with civil disobedience a populace begins to take its freedom back, or as Murray Rothbard explains:

“…mass non-violent resistance as a method for the overthrow of tyranny, stems directly from…the fact that all rule rests on the consent of the subject masses… For if tyranny…rests on mass consent, then the obvious means for its overthrow is simply by mass withdrawal of that consent. The weight of tyranny would quickly and suddenly collapse under such a non-violent revolution.”

But how can enough people be awakened to the necessity of disobeying laws that are socially destructive? What, in other words, leads to a movement of civil disobedience that can defeat tyranny? One possible tactic is to use reason, logic and argumentation to make the masses aware of the deceptions, lies and manipulations which are being used to herd them into totalitarianism. This approach is based on the notion that if the truth were presented and the propaganda deconstructed most people would rise up in defiance and cast off their chains. But an appeal to reason and evidence only works on minds that are open and receptive and when tyranny is rising ever fewer minds exist in this state. Rather fear, confusion, anger and uncertainty run rampant and these emotions can easily trump the power of reason.

“The mass crushes out the insight and reflection that are still possible within the individual. . .Rational argument can be conducted with some prospect of success only so long as the emotionality of a given situation does not exceed a certain critical degree. If the affective temperature rises above this level, the possibility of reason’s having any effect ceases and its place is taken by slogans and chimerical wish-fantasies. That is to say, a sort of collective possession results which rapidly develops into a psychic epidemic.”

This observation that a people can become immune to logic and reason was shared by the writer Elie Wiesel who upon visiting the Soviet Union wrote:

“Logic will not help you here. You have your logic, they have theirs, and the distance between you two cannot be bridged by words.”

What is needed more than words and arguments are individual dissidents who act as the motivating examples for the larger movements of civil disobedience. For the power of example always reigns supreme in its ability to influence others. When people see that someone is willing to take risks in defence of their beliefs, and that their words are congruent with their actions, this lends more credence to their position. And while the example of a dissident may not awaken those most blind to the chains of control that are being placed around them, it can exert a strong influence on the many who are on the fence as to what to think and how to act. But without an intrepid few willing to be the example for others a sort of prisoner’s dilemma exists: no one is willing to be the first to disobey, and so everyone sits idly by hoping that others will save society for them:

“So many others are better qualified, more competent and effective than me. A throng of good-willed souls is projected onto the horizon, ready to rise, so that I can retreat more easily: another will act instead of me, and so much better.”

But the question that a potential first-mover faces is when is it right to disobey? For while it is relatively easy to disobey when a movement of civil disobedience has gained momentum, the initial dissenters face a challenging predicament. Is disobedience worth the risk? Has the act of obedience reached such immoral proportions that to be compliant is to be complicit in the destruction of society and in the harming of innocent life? Each person must answer these questions for them self but an answer usually comes from within, as a command from conscience:

“The etymology of the word “conscience” tells us that it is a special form of “knowledge” . . .The peculiarity of “conscience” is that it is a knowledge of, or certainty about, the emotional value of the ideas we have concerning the motives of our actions.”

Conscience is a felt state, it is an intuitive form of knowledge about the rightness or wrongness of an action. One of history’s most famous examples of an individual who relied on his conscience to direct him in acts of disobedience is Socrates. Socrates was commanded by the Thirty Tyrants to arrest an innocent man and to bring him to his death. Socrates, however, did not practice blind obedience even if the commands came from tyrants who held the power of life and death over him. Socrates instead listened to his conscience:

“. . .the Thirty sent for me” says Socrates “. . .and ordered [me] to bring Leon the Salaminian to be put to death. . .I, however, showed again, by action, not in word only, that I did not care a whit for death. . .but that I did care with all my might not to do anything unjust or unholy… For that government, with all its power, did not frighten me into doing anything unjust…I simply went home.”

In going about our day-to-day life our conscience tends to speak quietly and often the messages it sends are ambiguous. But this can be used to one’s advantage when making the decision as to whether disobedience has now become the right choice. For as Jung points out while many of life’s moral dilemmas only elicit a whisper from our conscience there are times when our conscience speaks so loudly and clearly that it almost seems to be the voice of a god or as Jung writes in Civilization in Transition:

“Since olden times conscience has been understood by many people less as a psychic function than as a divine intervention; indeed, its dictates were regarded as…the voice of God. This view shows what value and significance were, and still are, attached to the phenomenon of conscience. . .Conscience. . .commands the individual to obey his inner voice even at the risk of going astray.”

If our conscience commands us to stop obeying unjust laws and if each time we do obey we experience feelings of loathing and guilt, then we face a difficult choice: we either obey our conscience and become a dissident or we continue to obey the commands of tyrants and we become a traitor to our self. The men and women whose inner voice speaks loudest in the face of a rising tyranny are those most likely to step forward as dissidents and it is when a common vibration of conscience rings out through a society that civil disobedience becomes possible. First the call of conscience is answered by a relative few, but these few serve as the example for others. Whether enough people will follow to create a movement of civil disobedience is contingent on how much a populace still desires freedom compared to what degree the populace has been psychologically subdued by the fear, hate and confusion that is sown by the propaganda of tyrants. If, however, tyranny comes knocking in the society in which we live and if our conscience then issues the command that we stop being complicit in the crime of obedience we should keep in mind the following comment by Henry David Thoreau:

“Disobedience is the true foundation of liberty. The obedient must be slaves.” 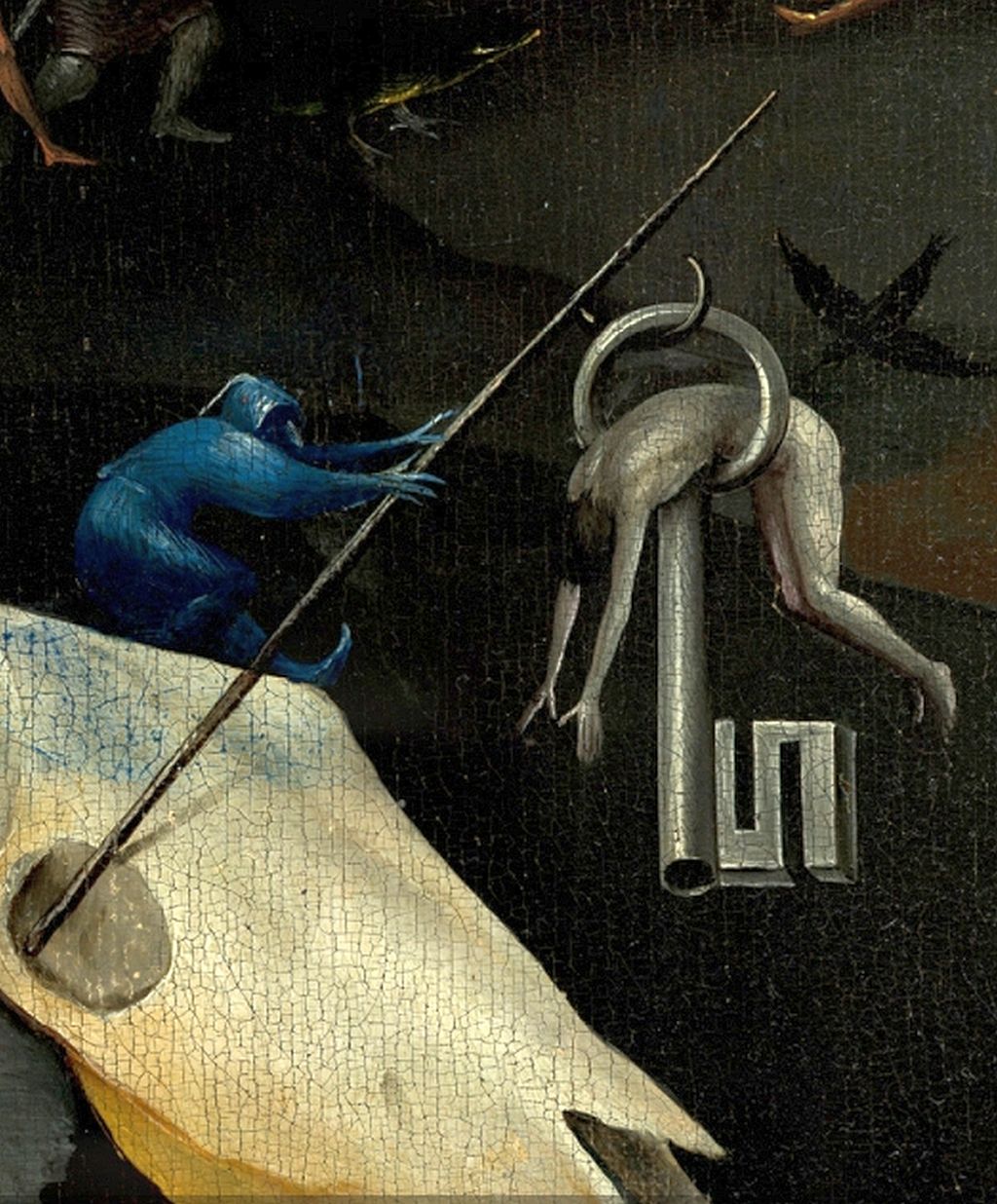