How to Count Coup on The Gods By Gary Z McGee 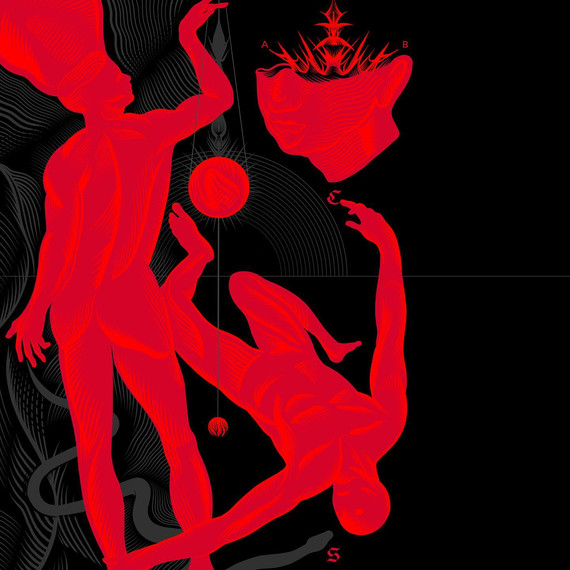 How to Count Coup on The Gods

“The greater the obstacle, the more glory in overcoming it.” ~Moliere

Realize, here at the outset: the only reason the gods exist in the second place is because our fear of death exists in the first place. This understanding is crucial toward making your “coup stick” robust enough to count coup on the gods.

When it comes down to it, our death anxiety is the bedrock of our vanity, our fallibility, our imperfections, our hypocrisies, and our stress. It’s no wonder that the gods are so vain, fallible, imperfect, hypocritical, and anxious. They were created in our image, after all, and they can just as easily be destroyed. So, the first way to count coup on the gods is to count coup on yourself.

Count coup on yourself:

“They will say you are on the wrong road, if it is your own.” ~Antonio Porchia

Counting coup is a Native American act of courage referring to the winning of prestige in battle through the social leveling mechanism of shaming. A coup warrior is a person who wins prestige by uncommon acts of bravery in the face of fear. Danger and risk are required to count coup and it is recorded by touching (shaming) an enemy with a coup stick in battle and then escaping unharmed. A coup stick can be anything.

Counting coup is a metaphor for dangerously and humorously shocking the self and your fellow man into wakefulness by questioning things to the nth degree. It’s a way of sneaking up on your ego, on your fears and certainties, and giving them a little smack with your coup stick.

“The mind is not a vessel to be filled but a fire to be kindled.” ~Plutarch

“The gods” can be anything that has power over you. It can be as simple as your boss. It can be as sinister as The Powers That Be. It can be as existential as mortality itself. Or it can literally be any god or God that we have created in our extensive mythology as a species.

Stealing fire from the gods is drawing upon power itself despite those who lay claim to it. It’s the profound realization that the power you don’t have can only be earned through blood sweat and tears, and any power that others have is always vulnerable no matter how invulnerable it might seem.

Power is always ripe for the plucking, you need only the courage to pluck it. As Prometheus said, “I would rather be chained to this rock than be the obedient servant of the gods.”

Stealing power from the gods is also a metaphor for discovery within deep mystery (between worlds), and then it’s the audacity to bring that discovery back to the “tribe” in the form of magic elixir.

Stealing fire from the gods is having the boldness to crash through the gates of the Creative Gatekeepers and to take a dive into the Meta-masterpiece of the human condition. Then it’s the ability to “swim,” to discover the Flow State in the undertow, to become the conduit for High Art, to tap the fountainhead. It’s the courage to creatively lash out, to stretch the comfort zone so far that it subsumes the metaparadigm of Art itself.

“One man who stopped lying could bring down a tyranny.” ~Aleksandr Solzhenitsyn

Speaking truth to power is making a declaration of interdependence in the face of codependent power constructs. It’s counting coup on authority. It’s practicing strategic (nonviolent) civil disobedience, especially when it makes the Powers That Be uncomfortable. It’s becoming a social leveling mechanism par excellence.

Lest you give into the corruption that arises from entrenched power, you must remain a self-empowered individual seeking self-mastery through sound leadership, rather than a self-inured individual blindly following a chain of obedience.

All you need is courage and hope. Courage to speak for a healthy world, and hope that people will choose to be healthy. But courage must come first. Backbone first, wishbone second. Having a backbone is leading by robust and healthy example despite the weak and unhealthy crowd. Then it’s going one step further and teaching the crowd how to be strong and healthy by showing them how to stop wearing their wishbone where their backbone should be.

“Every valuable human being must be a radical and a rebel, for what he must aim at is to make things better than they are.” ~Niels Bohr

The unity of opposites is a powerful way to count coup on the gods. For if the gods are symbolic for anything, they are symbolic for the disparity of power. Balancing one power with an opposite power has always been more powerful than one-dimensional power.

Uniting summit with abyss is uniting light with darkness. It’s transforming demons into diamonds. It’s transforming yokes into halos and mortal coils into crowns. It’s dragging heaven into hell. It’s lifting hell into heaven. It’s the vital ability to transform disordered order into higher order through strategic disorder. It’s the unapologetic realization that you may need to sow a little strategic disorder to reap a higher order.

Indeed. The unity of summit and abyss is the ultimate rebellion, the existential rebellion, the ontological rebellion. It’s your rebel soul, in cahoots with your shadow, flexing through the culture’s lack of soul. It’s healthy upheaval for the sake of making things better than they are, and for discovering a healthier way of being human in the world.

Remember: the pen will always be mightier than the sword

“Don’t be too timid and squeamish about your actions, all life is an experiment. The more experiments you make the better.” ~Ralph Waldo Emerson

Once you have successfully threshed the chaff (unhealthy/useless) from the grain (healthy/useful), you are free to unleash your creativity. From swords to plowshares, your Sword of Truth becomes a Pen of Truth. With it, you are free to create high art—art that shatters molds, stretches comfort zones, and initiates wake up calls. You become free to prove why the pen will always be mightier than the sword.

From this state, you are free to re-condition cultural conditioning. You take destiny into your own hands. Being-in-fate trumps being-in-itself. Amor fati (love of fate) becomes fuel for the fire for a life well-lived. Fear-filled blue pills are swapped out for wisdom-filled red pills as you creatively and imaginatively crush out.

You are free to write your own story despite all the other stories crashing into each other on the superhighway of the human leitmotif. You rise above merely being a victim by proactively becoming a creator. You transform heartache into heartiness. You transform lodestones into whetstones into Philosopher’s Stones. You tap the Mecca by going Meta over Alpha and Beta. You fly above the petty placations of gods begetting gods as you fly straight into becoming a god of your own.

This article (How to Count Coup on The Gods) was originally created and published by Self-inflicted Philosophy and is printed here under a Creative Commons license with attribution to Gary Z McGee and self-inflictedphilosophy.com. It may be re-posted freely with proper attribution, author bio, and this statement of copyright.