How to Live on Purpose with Purpose By Gary Z McGee 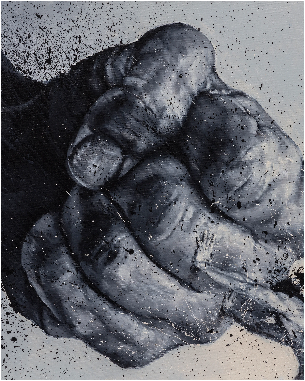 How to Live on Purpose with Purpose

“Always and everywhere, human beings have felt the radical inadequacy of their personal existence, the misery of being their insulated selves and not something else, something wider, something, in Wordsworthian phrase “far more deeply infused.” ~Aldous Huxley

Our need for an ultimate purpose, for deep meaning, for a goal, which is located deep within our hypothalamus, is as old as thirst and hunger. This thirst, this hunger for connection with the universe, is activated by our purpose.

Discovering a purpose, despite the purposeless universe that engulfs us, is the bravest thing a person can do. It’s an act of revolt against the absurdity of reality. It’s the ultimate rebellion against meaninglessness.

Living on purpose with purpose is living this rebellion. It’s being proactive regarding our revolt. It’s going full-frontal boss-mode on purposelessness and creating purpose despite. It’s discovering a “why” despite a universe that outflanks us with “how.”

It’s the difference between either defaulting into a creature of circumstance or exalting into a creator of circumstance. We either live by default or we live creatively. We either settle into our cultural conditioning—content, fat, safe, comfortable, soft, and purposeless; or we rise out of our cultural conditioning—fierce, moderate, courageous, adventurous, strong, and full of purpose.

But first things first: discovering our own purpose. How do we get ahead of the “how” and discover our “why”?

Ironically, purpose is discovered in the void. The trick is to integrate the void the way we integrated our shadow. We go through the void—we integrate the shadow, the trickster, our own nihilism—we overcome it, and then we affirm life through the creation of meaning, purpose, and higher values.

Humanity comes from the Latin humando, which means burial or buried. Self-conquest is foremost a digging up of our humanness. Discovering our raw humanness is literally discovering our purpose. It’s also a learning how to die before we die. And it is connected to humility and humor.

Indeed. Meaning, purpose, and higher values are the flowers that bloom from the mud of the void. It will take going through the underground of the soul, toiling through the muck and mire of the human condition, navigating the Underdark of our primal chaos, to discover the loam rich enough to grow our meaning and purpose.

We must dig deep into the humando of our humanity and strike the primal lodestone. Tapping the primal lodestone is the only way through to tapping the Philosopher’s Stone. As Nietzsche said, “Everyone who has ever built anywhere a “new heaven” first found the power thereto in his own hell.”

Everyone must build their own “heaven.” That heaven is each our own purpose. It is not built on wishful thinking, or pie-in-the-sky delusion. It’s built on the molten rocks of our own personal hell. It’s forged in the inferno of our deepest darkest humanness. Each brick must be dragged through the blood, sweat, and tears of being a creature first, a creator second.

“Circumstances don’t make the man; they only reveal him to himself.” ~Epictetus

Our true purpose, whatever it may be individually, is the Truth Quest collectively. Keeping the Truth Quest alive is the thing if we’re looking to live life on purpose. Because purpose can always be hijacked by nihilism if we’re not careful. If it does get hijacked, well then, it’s back to the grindstone of the void. It’s back to forging our purpose in the abyss. It’s back to integrating the darkness.

That’s why the Truth Quest is so important. As long as we are seeking the truth, we are living on purpose: to discover the truth. We’re curious, awestruck, on the edge of our seat, and always falling into something greater than ourselves. That’s the “on purpose” part of living life on purpose with purpose.

But, as with all Truth Quests, on a long enough timeline one discovers that the Truth can never be known. Most people will make the mistake of defaulting to a “truth.” Thus, sacrificing the Truth Quest. They get hoodwinked by the pretty design of the “truth.” They get conned by the words written about it. They get brainwashed by the politics of it. They become indoctrinated by the dogma of it.

Living on purpose is practicing self-interrogation, self-improvement, self-creation, and self-overcoming to stay ahead of the curve and keep the Truth Quest ahead of the so called “truth” so that we can gain the courage, temperance, honesty, wisdom, honor, curiosity, humility, and humor of allowing the journey to be the thing.

“I am not what happened to me, I am who I choose to become.” ~Carl Jung

Creators of circumstance happen to life despite what has happened to them. They don’t default, they exalt. They take the experience, and they create something out of it. Rather than wallow in the misery of getting dealt a shitty hand, they rise up and play the hell out of that hand. They raise the stakes. They bluff the devil. They check-raise God. They go all-in on life because they understand that they are already all-in, and they always have been.

They understand—balls to bones, ovaries to marrow—that life is not about getting what you want, it’s about making the best of what you get. Living with purpose is making the best of what you get. It’s transforming demons into diamonds, wounds into wisdom, and setbacks into steppingstones. It’s managing bad luck as well as good luck and realizing that it’s all a part of the journey being the thing.

Creators of circumstance do not live by default like creatures of circumstance do. They choose to heroically honor the journey rather than cling to any part of it or wish for some pie-in-the-sky happy ending. They choose the road less traveled because their destiny is their own and cannot be handed down to them or spoon-fed to them. They live creatively, because the alternative is the default mode, the quotidian status quo, the cog caught in the culturally conditioned clockwork.

In the end, their exaltation is an interrogation, a consummate rebellion against the purposelessness of an indifferent universe, a dissident means toward provident ends. Living with purpose on purpose is living with an acute understanding of one’s place in the universe, but then turning the tables on the existential angst, mortal dread, and death anxiety of it all and, rather than despair, declare as poet Dylan Thomas did, “I will rage, rage against the dying of the light.”

This article (How to Live on Purpose with Purpose) was originally created and published by Self-inflicted Philosophy and is printed here under a Creative Commons license with attribution to Gary Z McGee and self-inflictedphilosophy.com. It may be re-posted freely with proper attribution, author bio, and this statement of copyright.