How to Neutralize Potential Damage from mRNA Vaccines 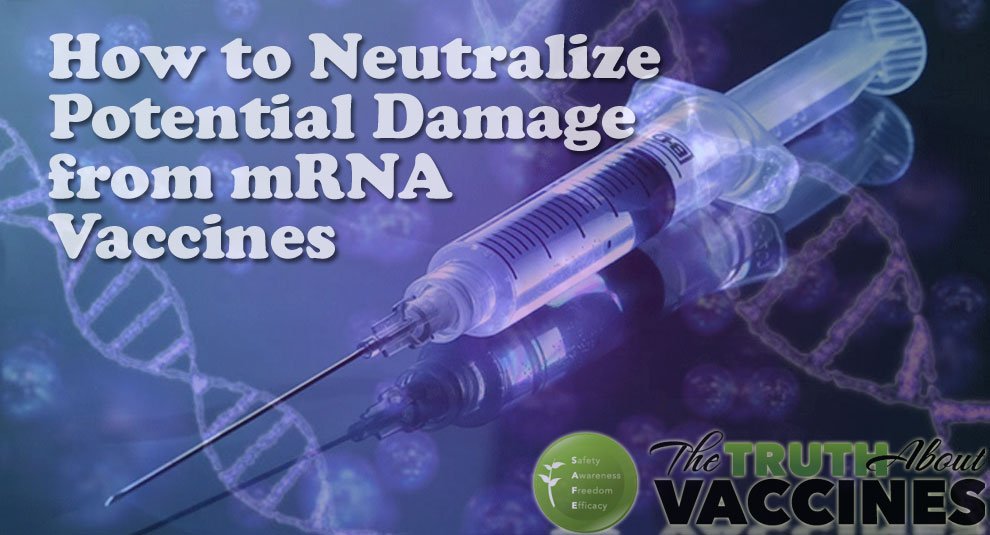 How to Neutralize Potential Damage from mRNA Vaccines

With the current irrational push to vaccinate the planet against COVID-19, a virus that has a 99.9% recovery rate, we feel it is important to discuss practical ways to “detox” and “neutralize” damage that is being done by these untested mRNA vaccines.

Interestingly, here in our home state of Tennessee, the COVID “mortality rate” has tripled, even though we lead the USA in vaccination rate. Makes you wonder, doesn’t it? Logical thinkers would deduce that the vaccine is responsible, sort of like when we see obesity rise in populations that eat lots of ice cream. But the irrational and illogical ‘mainstream media’ and ‘medical mafia’ will undoubtedly blame “anti-vaxxers” for the increase in deaths, which makes as much sense as blaming vegans for the increase in heart disease in people who eat hot dogs every day…

But let’s not get distracted by the facts or by logic!!

Despite the $4.5 billion in damages awarded by the Vaccine Court since 1986 …

Despite package inserts which prove that most vaccines contain known carcinogens and chemicals that cause neurological damage.

Those who dare to question vaccines are EVIL.

They must be BLAMED for the deaths of those who are vaccinated.

They must be CENSORED at all costs!  (OK, OK, enough sarcasm)

In all seriousness, this information might save someone’s life, so we wanted to share with you. It was provided by a physician who wishes to remain anonymous. The goal of this research is to help the body recover from damage and detoxify, stabilize, and cleanse the toxic ingredients from the body including hydrogels, luciferase, and nanobots as well as silence the messenger RNA (mRNA) contained in the COVID vaccine.

Messenger RNA (mRNA) mediates the transfer of genetic information from the cell nucleus to ribosomes in the cytoplasm, where it serves as a template for protein synthesis.

I know, this sounds like a bunch of scientific ‘gobbly-gook’ so let me translate for you.

We are made of cells.  Each cell contains millions of proteins. The instructions for making proteins are “written” in a cell’s DNA in the form of genes, which build proteins via transcription (“rewriting” the DNA sequence in the form of mRNA) and translation (“decoding” the mRNA and building the protein).

So, if the COVID vaccine uses mRNA to change your genetic code, then the key to preventing damage would logically be to interfere with the translation of the message, right?

The RNA Interference system (RNAi) is a mechanism by which cells control gene expression by shutting off translation of mRNA. RNAi can also be used to shut down translation of viral proteins when a cell is infected by a virus. The RNAi system also has the potential to be exploited therapeutically1 and can prevent the viral RNA from replicating.

Below are the TOP FIVE recommended substances to mitigate damage from mRNA vaccines (in no particular order).

An essential mineral, iodine is used by the thyroid gland to make thyroid hormones that control many functions in the body including growth and development, repairing damaged cells and supporting a healthy metabolism.

Because your body does not produce iodine, it needs to be supplied in the diet. Iodine can also be used to detoxify toxic compounds and strongly increases the mRNA decay rate.2,3 Dietary iodine also controls its own absorption through regulation of the sodium/iodide (NIS) symporter,4,5 which protects the functions of the thyroid gland.6

Zinc enables the body to make proteins and DNA, contributes to wound healing, and plays a role in childhood growth and development. It also has antioxidant properties and plays an important role in cell-mediated immune function and modulates mRNA levels of cytokines.7

Zinc has been shown to regulate gene transcription in cancer cells, plus zinc globally down-regulates microRNA expression and key enzymes and proteins necessary for microRNA maturation and stability.8  Lastly, zinc-finger protein serrate is among the plant compounds that may silence mRNA.9

Quercetin, a flavonoid with multiple proven health benefits to both man and animals, displays a plethora of biological activities.

One of the lesser-known and recently discovered roles of quercetin, is modulation of microRNA (miRNA) expression, which plays a vital role in health and disease.11

Carbon 60 (C60) is a naturally occurring molecule comprised of 60 carbon atoms forming something that looks like a hollow soccer ball.  The scientific name for C60 is “Buckminsterfullerene” and it is the only molecule of a single element to form a spherical cage, and it may be the most powerful antioxidant yet known, performing the antioxidant action of Superoxide Dismutase, Glutathione, Catalase, and COQ10.

Over the past 13 years, the “Supercharged” C60 fullerene molecule has been examined, tested and characterized by no less than 15 universities and 5 federally certified research laboratories, resulting in more than “600 evaluations.”

There has also been considerable positive research conducted regarding Supercharged C60 potential uses in electromagnetic field (EMF) absorption. The Supercharged C60 molecule is a nanocarbon material that exhibits incredibly potent antioxidant properties that may augment the body’s ability to manage oxidative stress in both healthy and diseased states.

Pyrroloquinoline quinone (PQQ) is a powerful antioxidant and cellular energy booster that works to support the health of your energy-producing mitochondria, protecting them from oxidative damage, even helping you grow new mitochondria.15 PQQ is actually the only nutrient on earth known to be capable of generating new mitochondria.

PQQ is contained in fruits and vegetables and in human breast milk and is a plant growth factor and bacterial cofactor.  Studies have shown that PQQ disodium salt (BioPQQ™) has positive effects on cognitive function and may have a protective effect on UVA irradiation-induced aging.16,17

As pressure to be vaccinated for COVID mounts, it will be vital to discover methods to mitigate damage, especially for those who are required to be vaccinated due to employer requirements or other reasons.

In summary, the five substances discussed above are as follows, along with links to recommended sources:

Also, water only fasting (for 1 week) has been shown to repair DNA damage and silence foreign mRNA. And taking full spectrum hemp extract is another excellent suggestion due to the positive effects on our endocannabinoid system, which regulate almost every internal function. We take this organic hemp extract every day!

Interestingly, Merck abandoned development of two COVID vaccines, saying that after extensive research it was concluded that the shots offered less protection than just contracting the virus itself and developing natural antibodies. On January 25th, they announced that the vaccines generated an ‘inferior’ immune system response in comparison with natural infection.18

Recently a CNA nursing home whistleblower went public and shared his experience that seniors are “dying like flies” after taking their COVID-19 jabs.19 Sadly, these seniors are being required to take vaccines for a “virus” that updated CDC analysis shows is actually less dangerous… than living!20 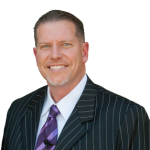 Ty Bollinger is a happily married husband, the father of four wonderful children, devoted Christian, best-selling author, medical researcher, talk radio host, health freedom advocate, former competitive bodybuilder, and also a certified public accountant.After losing several family members to cancer (including his mother and father), Ty refused to accept the notion that chemotherapy, radiation, and surgery were the most effective treatments available for cancer patients. He began a quest to learn all he possibly could about alternative cancer treatments and the medical industry. This quest eventually led him to the hidden truths behind vaccines and the vaccine industry.Ty speaks frequently to health groups, at seminars, expos, conferences, churches, is a regular guest on multiple radio shows, and writes for numerous magazines and websites. Speaking from personal experience and extensive research, Ty has touched the hearts and changed the lives of thousands of people around the world.

The Truth About Vaccines is brought to you by TTAV Global, LLC.