How X-Ray Mammography Is Accelerating The Epidemic of Cancer 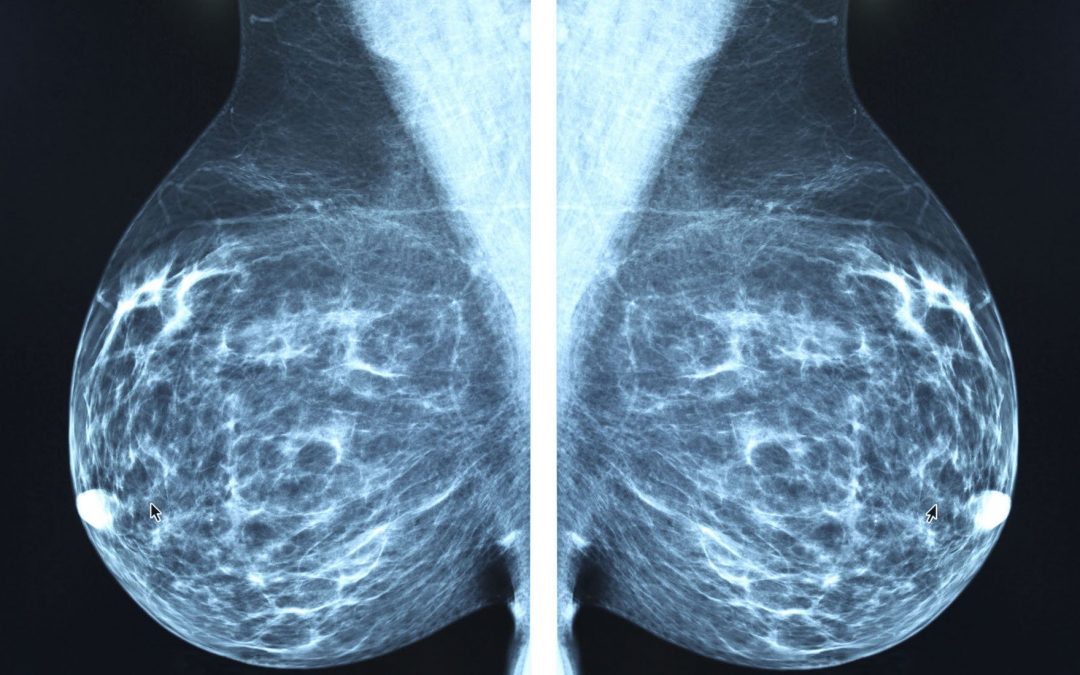 How X-Ray Mammography Is Accelerating The Epidemic of Cancer

While a growing body of research now suggests that x-ray mammography is causing more harm than good in the millions of women who subject themselves to breast screenings, annually, without knowledge of their true health risks, the primary focus has been on the harms associated with over-diagnosis and over-treatment, and not the radiobiological dangers of the procedure itself.

In 2006, a paper published in the British Journal of Radiobiology, titled “Enhanced biological effectiveness of low energy X-rays and implications for the UK breast screening programme,” revealed the type of radiation used in x-ray-based breast screenings is much more carcinogenic than previously believed:

Recent radiobiological studies have provided compelling evidence that the low energy X-rays as used in mammography are approximately four times – butpossibly as much as six times – more effective in causing mutational damage than higher energy X-rays. Since current radiation risk estimates are based on the effects of high energy gamma radiation, this implies that the risks of radiation-induced breast cancers for mammography X-rays are underestimated by the same factor.[1]

In other words, the radiation risk model used to determine whether the benefit of breast screenings in asymptomatic women outweighs their harm, underestimates the risk of mammography-induced breast and related cancers by between 4-600%.

Risk estimates for radiation-induced cancer – principally derived from the atomic bomb survivor study (ABSS) – are based on the effects of high energy gamma-rays and thus the implication is that the risks of radiation-induced breast cancer arising from mammography may be higher than that assumed based on standard risks estimates.

This is not the only study to demonstrate mammography X-rays are more carcinogenic than atomic bomb spectrum radiation. There is also an extensive amount of data on the downside of x-ray mammography.

Sadly, even if one uses the outdated radiation risk model (which underestimates the harm done),* the weight of the scientific evidence (as determined by the work of The Cochrane Collaboration) actually shows that breast screenings are in all likelihood not doing any net good in those who undergo them.

In a 2009 Cochrane Database Systematic Review,** also known as the Gøtzsche and Nielsen’s Cochrane Review, titled “Screening for breast cancer with mammography,” the authors revealed the tenuous statistical justifications for mass breast screenings:

Screening led to 30% overdiagnosis and overtreatment, or an absolute risk increase of 0.5%. This means that for every 2000 women invited for screening throughout 10 years, one will have her life prolonged and 10 healthy women, who would not have been diagnosed if there had not been screening, will be treated unnecessarily. Furthermore, more than 200 women will experience important psychological distress for many months because of false positive findings. It is thus not clear whether screening does more good than harm.[2]

In this review, the basis for estimating unnecessary treatment was the 35% increased risk of surgery among women who underwent screenings. Many of the surgeries, in fact, were the result of women being diagnosed with ductal carcinoma in situ (DCIS), a “cancer” that would not exists as a clinically relevant entity were it not for the fact that it is detectable through x-ray mammography. DCIS, in the vast majority of cases, has no palpable lesion or symptoms, and some experts believe it should be completely reclassified as a non-cancerous condition.

A more recent study published in the British Medical Journal in 2011 titled, “Possible net harms of breast cancer screening: updated modeling of Forrest report,” not only confirmed the Gøtzsche and Nielsen’s Cochrane Review findings, but found the situation likely worse:

This analysis supports the claim that the introduction of breast cancer screening might have caused net harm for up to 10 years after the start of screening.[3]

So, let’s assume that these reviews are correct, and at the very least, the screenings are not doing any good, and at worst, causing more harm than good. The salient question, however, is how much more harm than good? If we consider that, according to data from Journal of the National Cancer Institute (2011), a mammogram uses 4 mSv of radiation vs. the .02 mSv of your average chest x-ray (which is 200 times more radiation), and then, we factor in the 4-600% higher genotoxicity/carcinogenicity associated with the specific “low-energy” wavelengths used in mammography, it is highly possible that beyond the epidemic of over-diagnosis and over-treatment, mammograms are planting seeds of radiation-induced cancer within the breasts of millions of women.***

With the advent of non-ionizing radiation based diagnostic technologies, such as thermography, it has become vitally important that patients educate themselves about the alternatives to x-ray mammography that already exist.  Until then, we must use our good sense – and research like this – to inform our decisions, and as far as the unintended adverse effects of radiation go, erring on the side of caution whenever possible.

The Dark Side of Breast Cancer Awareness Month

*This discrepancy in radiation risk models/estimates follows from two fundamental problems: 1) the older risk model was based on higher-energy radiation emissions, such as are given off from atomic bomb blasts 2) it was a crude model, developed before the discovery of DNA and a full understanding of radiotoxicity/genotoxicity.

** Keep in mind that the Cochrane Database Review is at the top of the “food chain” of truth, in the highly touted “evidence-based model” of conventional medicine. Cochrane Database Reviews are produced by The Cochrane Collaboration, which is internationally recognized as the benchmark for high quality, evidence-based information concerning the effectiveness (or lack thereof) of common health care interventions. The organization, comprised of over 28,000 dedicated people from over 100 countries, prides itself on being an “independent” source of information, and historically has not been afraid to point out the corrupting influence of industry, which increasingly co-opts  the biomedical research and publishing fields.

***The low-energy wavelengths cause double strand breaks within the DNA of susceptible cells, which the cell can not repair. Through time these mutations result in “neoplastic transformation”; radiation has the ability to induce a cancerous phenotype within formerly healthy cells that has cancer stem cell-like (CSC) properties.