Human Farming and Prepping for a System Collapse 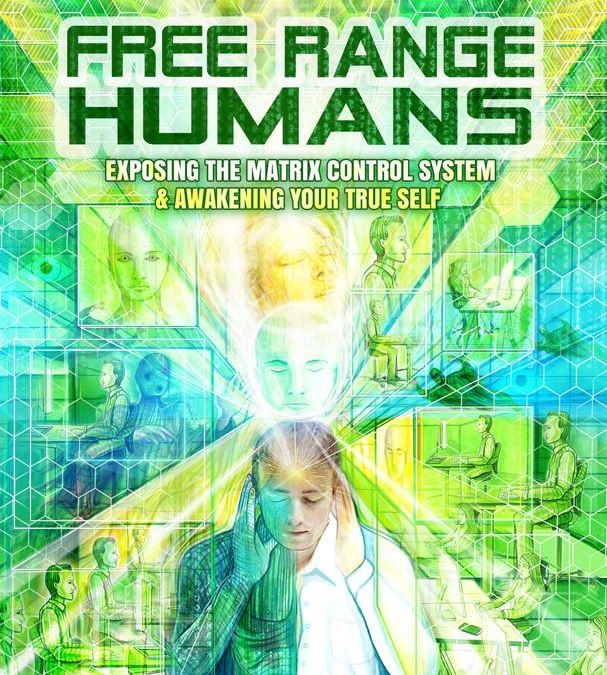 Human Farming and Prepping for a System Collapse

In early 2021 I published a book that I titled Free Range Humans. I used this title because I believe that humanity is treated exactly like the “free range” animals that we farm. Who in truth are not really free, but whom we allow to roam “free” in their paddocks because it benefits us to do so. If we intended for them to be truly free, then we would remove the fences that keep them confined, but we do not permit this for they serve a purpose. They provide us with resources that we want, just as we provide resources to the elites who control us. For this reason, we allow our animals to roam within a specially assigned space, give them food to eat, water to drink, and friends to socialise with, so that they maintain their health and produce a high-quality product when it is time for them to be harvested.

What resources exactly are we farmed for? Well, that’s exactly what I explain in great detail in my book.
On the physical 3D realm we are maintained like rats in a spinning wheel, working 9-5 and consuming all of the foods, pharmaceuticals, and other products that we are programmed to consume. All the while the elite’s use the system to drain our hard earned money via taxation (theft), destroy our business’s, and steal our land and precious resources, whilst the masses are left to fend for themselves in abject poverty.
On a deeper and even darker level, the elite’s literally farm humans for their blood, organs, sex trafficking, and other sick things like adrenochrome.
Then on an even deeper level than this, I argue in my book that the human elite’s who control us are actually controlled themselves by predatory hyper dimensional entities and aliens. This can sound like silly sci fi nonsense at face value, but all the evidence pointing towards this is right there. These entities and aliens actually feed off our life force via our emotional energy, but its only a nutritious food for them if it’s a distorted emotional energy. This is why humanity is deliberately maintained in a perpetual state of fear, anxiety, terror, and trauma.

The Illusion of Freedom

Just as an animal within its fenced-off captivity believes itself to be free and therefore senses no danger, so too do we humans believe we are free, but this freedom is just as illusory. We are given the perception of freedom only because it serves a purpose to our masters. Our allotted “paddocks” are cer­tainly bigger than the ones we provide for the animals that we farm; these paddocks are what we call countries. Don’t believe me that we live in a giant captivity? Try leaving your “country” without permission from your masters. Try doing nearly anything, in fact, without permission from your masters.

Because the illusion of our freedom must be upheld, the elite’s begrudg­ingly allow us to roam around within our paddocks, or possibly to visit another paddock from time to time. However, this is only allowed within the parametres of their strict rules, regulations, and intense Big Brother surveillance, which they cleverly convince us exist for “our own safety”. All of which has greatly tightened as a result of the pre engineered covid scamdemic.

“Free-range” animal farming is a method of farming that allows animals to roam unrestrained, rather than being locked permanently in a confined space. This serves the purpose of meeting basic ethical standards, but also, free-range animals are thought to produce higher quality products. For example, a farmer wanting to use a cow for meat would know full well that keeping it imprisoned would have negative consequences. This is because, in captivity, animals get stressed and produce cortisol from fear, not to mention the lack of proper sunshine, fresh air, and exercise. The cow’s products would therefore become less nutritious to the consumer. If, instead, the cow is given the “freedom” to roam around a pasture of green grass, exercising out in the sunshine, breathing fresh air, and socialising with the other steers and cows, it would produce higher quality products.

The catch is, whilst the cow is given the perception of freedom, it does not have true freedom. Humans are also given the illusory perception of freedom by being farmed in the same way as free-range animals. We are allowed to roam unrestrained within our paddocks (nations), but at the same time are heavily governed by strict laws and regulations and are sur­rounded by fences that we call borders. We are deceived into believing that these are there for our own “security and safety”, but in truth they are there to keep us contained and controlled.

Just like in animal farming, we are also domesticated by the elite’s so that we become mentally and physically docile and obedient. The Oxford English Dictionary defines domestication as, “The process of taming an animal and keeping it as a pet or on a farm”, and they define the word “tame” as, “Making something less powerful and easier to control”. This last definition cuts more directly to the true purpose of domestication and why it is used on us.

Another advantage of domestication is that when we are born and raised by our domesticated parents, our lives as free-range humans within our captivity becomes so normalized and familiar that we never even think to ques­tion it. This also ensures that we do not even need to be domesticated directly by our masters, for our parents and environment do it naturally for them. This also causes us to develop a form of Stockholm Syndrome, whereby our captivity becomes so familiar that we become terrified at the thought of leaving it. We become convinced that life will be extremely dangerous without its control mechanisms “pro­tecting” everyone and keeping “peace and order”, and we even defend our masters if they are criticised.

There are four key ways in which we are domesticated and turned into free-range humans, all of which I have already alluded to throughout the book, but will touch on briefly again.

Now that you can see how we are manipulated into becoming domesticated free range humans, hopefully this triggers a deep sense of motivation within you to reverse this process.

How to Free Ourselves

The solution is very simple but also extremely hard to apply. That solution is to start detaching from this system by developing the life skills that have been taken away from us. Imagine what would be important to your survival if all of the systems we rely on suddenly crashed.

Here is a list of things that would be critical.

There many things you could add to this list but you get the gist.

If you are someone who’s life utterly depends on the system for everything that keeps you alive, then they have you exactly where they want you. This does not mean that you need to panic and live in fear of a system crash, who knows, maybe it wont crash, but that’s a big gamble to take. Especially as its obvious the next stage of destabilising the western world in order to usher in the WEF’s Great Reset is to disrupt the supply chains of food, along with other supplies. As well, even if the system doesn’t crash, with the rapidly approaching 5G smart grid and social credit system they are implementing, only the totally obedient (and heavily vaccinated) will be permitted to access the system.

The point is to become as independent as you possibly can. This comes as a result of preparation and forward thinking. It doesn’t mean you need to become a hard-core prepper, as any preparation is better than nothing.

The reason this very simple solution is hard to apply is because of the fear that arises in most people. The thought of a system collapse and being left to fend for themselves gives most people a feeling of terror. This is a result of the domestication process, whereby the control system they have been programmed by actually feels safe and secure to them, simply because it’s all they’ve ever known. This is like opening the gate of a lush paddock to a cow that has lived there all of its life. It probably wouldn’t take its chance to leave because the paddock is all its ever known, and the wilderness would appear terrifying. Even if a horrible fate at the slaughterhouse eventually awaits the cow.

This is the time for us to push through this fear, as what’s even scarier than having the system crash, is having it crash and being completely unprepared for it.

What also makes this solution hard to apply is that most believe that they have very little time and energy in which to put towards prepping. This is actually a poor excuse as people who think like this also seem to find plenty of time to spend hours on social media, and binge watch every show on Netflix. Its just a matter of priorities.

The good thing about our globalised world is how easy it is to have everything you need shipped to your door at the click of a button. I do not like mega corporations like Amazon, but I have bought a fair amount of my prepping gear through them. Why not use the elites mega companies against them, by using them to acquire the very things we need to become less dependent on their system. Especially before they soon become unavailable or excessively expensive. Or if these things are available locally for you, then that’s even better. I’ve also bought many things locally whenever I can.

I recommend utilising this brilliant prepping article by Tom Montalk.

Another thing I recommend is finding a local prepping group, which are popping up everywhere as more and more people wake up to where this system is heading. If things do crash then the most important thing is that we stick together, as this will increase our chances of survival dramatically.