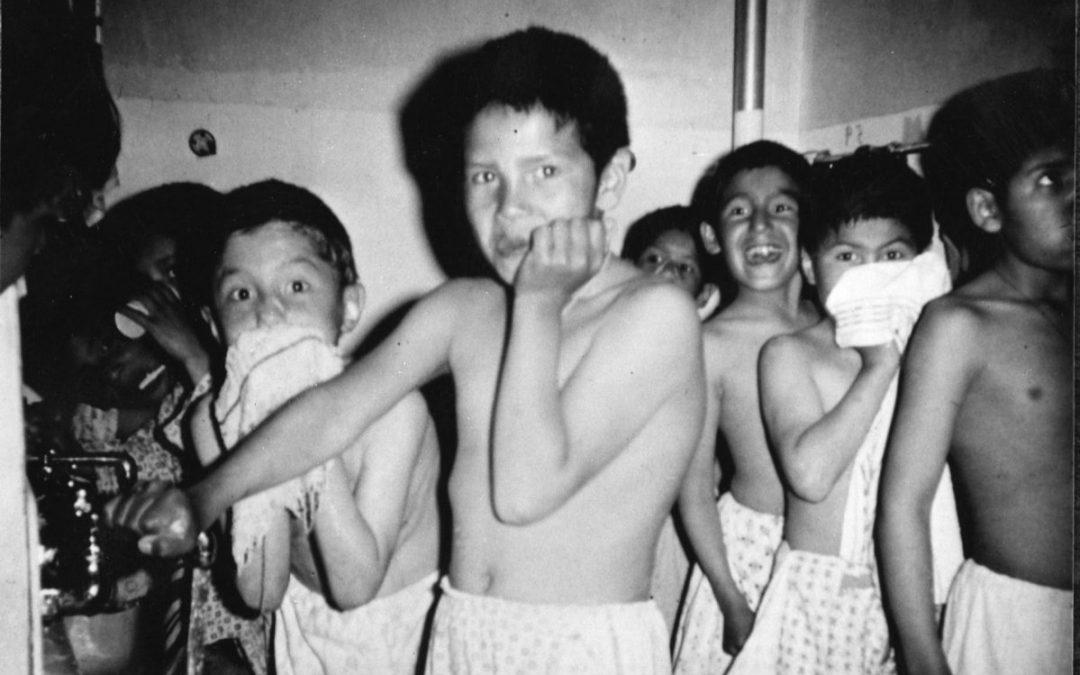 The United States and Canadian government, among others, have quite a dark history when it comes to experimenting on human beings. It can still send shockwaves through ones system when thinking about how recently some of these atrocities occurred.  Many of them occurred at Canadian residential schools. Looking back on these events gives us a chance to not repeat these events in the future.

You may have heard about the recent remains of 215 children that were discovered at the site of what was Kamloops residential school in British Columbia. This is mostly likely not an isolated incident. It makes one wonder, how did they die? Were they murdered? Given the history of the indigenous in the Americas  and the atrocities that occurred at Canadian residential schools as told by many survivors, this seems to be the most likely case. Survivors have told stories of sexual abuse, physical abuse, emotional abuse, torture, hard labour, missing children and more.

Residential schools in Canada were set up by the Canadian government and administered by the churches, this system can be traced back to the 1830s. Indigenous children were forcefully taken from their parents and indoctrinated into Euro-Canadian and Christian ways of living. The goal, on paper, was to assimilate them into mainstream Canadian society. The residential school system officially operated from the 1880s into the closing decades of the 20th century. Keep in mind, all of this came after arguably the largest genocide ever seen.

Scholars have estimated that, prior to the ‘discovery’ of the Americas by Europeans, the pre-contact era population could have been as high as 100 million people. American anthropologist and ethnohistorian Henry F. Dobyns, most known for his published research on American Indians and Hispanic peoples in Latin and North America, estimated that more than one hundred and twelve million people inhabited the Americas prior to European arrival.

Up until the point of the initiation of the Residential school system, the indigenous in this area had already been through so many unimaginable atrocities.

Much of what went on at these schools has been disclosed and released into the public domain, but the sad truth is we will probably never really know the extent of the horrors experienced at residential schools.  One thing that did come to light was the fact that these children were used for medical research. In 2013 historian Ian Mosby published evidence showing that the Canadian government conducted nutritional experiments on Indigenous children. The tests were done without informed consent or knowledge.

An article published in Children’s Paediatric Health describes these experiments quite well,

The experiments were performed by the Department of Indian Affairs of Canada under the direction of two physicians: Dr Percy Moore, the Indian Affairs Branch Superintendent of Medical Services, and Dr Frederick Tisdall, a famed nutritionist, a former president of the Canadian Paediatric Society and one of three paediatricians at The Hospital for Sick Children (Toronto, Ontario) who developed Pablum infant cereal in the 1930s. In these experiments, parents were not informed, nor were consents obtained. Even as children died, the experiments continued. Even after the recommendations from the Nuremberg trial, these experiments continued.

In these experiments, control and treatment groups of mal-nourished children were denied adequate nutrition. In one experiment, the treatment group received supplements of riboflavin, thiamine and/or ascorbic acid supplements to determine whether these mitigated the problems – they did not. In another, children were given a flour mix containing added thiamine, riboflavin, niacin and bone meal. Rather than improving nutrition, the children became more anemic, likely contributing to more deaths and certainly impacting development. In these experiments, efforts were made to control as many factors as possible, even when they harmed the research subjects. For example, previously available dental care was denied in some settings because the researchers wanted to observe the state of dental caries and gingivitis with malnutrition.

How could we have let this happen? Why did we not know about this long before now? Why did these experiments not stop when the Nuremberg Code was put forward?

While many changes and improvements have been made in the area of ethical health research since the 1940s, Aboriginal children and youth remain a highly vulnerable population. Extra care must be taken.

The current issue of Paediatrics & Child Health includes a Canadian Paediatric Society position statement entitled ‘Health research involving First Nations, Inuit and Métis children and their communities’, (4) with recommendations on Aboriginal community ownership of research projects, one measure that can help to ensure the potential for research abuse is minimized. Other measures, such as data safety review committees as well as rigorous research ethics board review, are also critical. It behooves all of us who care for children and youth to ensure that research abuse and other potential opportunities for abuse are minimized by being vigilant, thoughtful and introspective.

Final Thoughts: Governments conducting unethical and immoral experiments on human beings is not a new phenomenon. For example, soldiers were placed in carcinogenic proximity during nuclear weapons testing. The government also funded experiments that simply put radioactive material right into people’s bodies. These included plutonium, polonium, radium, thorium, and others, according to a 1986 report by congress called American Nuclear Guinea Pigs: Three Decades of Radiation Experiments on U.S. Citizens.

The point is, how do we know that these types of experiments have stopped today? This type of thing occurred in the very recent past, and it seems every single year more and more people grow strong in their distrust for government and their ability to do what’s actually in the public’s best interest.

Government, in my opinion, is no longer a sustainable and viable system to do what is necessary to create and environment and experience where human beings can thrive. Instead, it’s become a cesspool of corruption where ‘doing the right thing’ doesn’t seem to be the main priority. With so many examples of unethical and immoral behavior, why do we continually look to “the system” for answers and solutions? Why do we even participate?

Based on everything that’s happened, and is currently happening within politics, it seems human beings themselves, independent from any sort of government, would be better off seeking to create wide scale changes to our current systems. This is a long, difficult conversation, but one that must be had. We can create a system that truly resonates with human thrivability, but we won’t if we don’t talk about it

–> Become A CE Member: The only thing that keeps our journalism going is YOU. CE members get access to exclusive benefits and support our shared mission.. Click here to learn more!