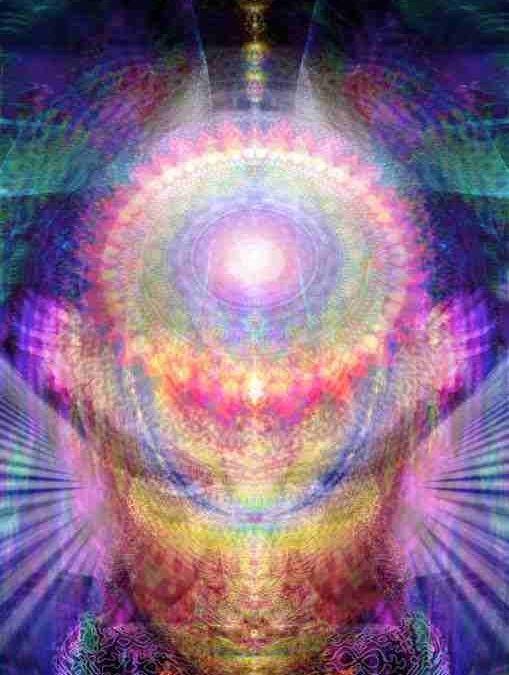 The Biology of the Inner Light

Meditation evokes pineal DMT release through EM vibrations. Visionary experience with symbolic or religious content gives way to dazzling light of illumination, reported in eastern and western religions. Meditation modulates pineal activity, eliciting a standing wave through resonance effects that coordinates other brain centers with both chemicals and electromagnetism. Resonance is induced in the pineal gland using electric, magnetic, or sound energy, resynchronizing both hemispheres of the brain, resulting in a chain of synergetic harmony that releases DMT, an endogenous psychedelic. The pineal contains high levels of enzymes and building-blocks for DMT, which may be secreted when inhibitory processes cease blocking its production with other chemicals, such as beta-carbolines which magnify and prolong DMT effects. DMT is the source of visionary Light in transpersonal experiences. Its primary source, the pineal, has traditionally been referred to as the Third Eye. Curiously, this gland is light sensitive and actually has a lens, cornea, and retina. DMT production is particularly stimulated in the extraordinary conditions of birth, sexual ecstasy, childbirth, extreme physical stress, near-death, psychosis, and physical death, as well as meditation. Pineal DMT may also play a significant role in dream consciousness.

Meditative techniques using sound, sight, or awareness may generate particular wave patterns whose fields induce resonance in the brain. Millennia of human trial and error have determined that certain ‘sacred’ worlds, visual images, and mental exercises exert uniquely desired effects, causing multiple systems to vibrate and pulse at certain frequencies. When our minds and bodies resonate with these spiritual exercises the pineal begins to ‘vibrate’ at frequencies that weaken its multiple barriers to DMT formation and release.

The mindbody is electronic, but it is rooted in the luminosity of its invisible ground. Living systems are very sensitive to tiny energy fields and resonance phenomena, both locally and at a distance. They allow the cells of the body to work together instantaneously and symphonically. All biological processes are a function of electromagnetic field interactions. EM fields are the connecting link between the world of form and resonant patterns. EM fields embody or store gestalts, patterns of information. Biochemical action and bioelectronic action meet at the quantum-junction.

We can return to Nature and our nature, collectively preparing a paradigm shift for a new shared reality and trajectory of physical, emotional, cognitive and spiritual coherence. The silent frictionless flow of living intelligence is beyond words and conceptual constructs. We are a process of recursive self-generation. This continuum, which is our groundstate or creative Source, is directly discoverable in the immediacy of the emergent embodied moment, in the living Light that generates our Being.