Inversion and Adjustment By Aug Tellez 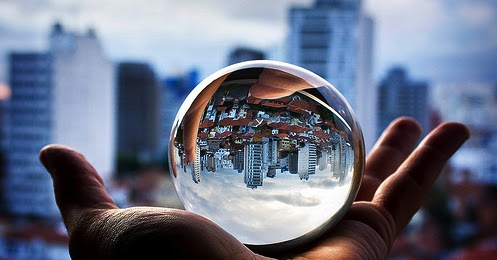 Tech was used to deceive the mind, activate spirit, and infiltrate actual realms that are unlocked only when the body soul reach an equilibrium that only a balanced mind can achieve. Children are the closest default source of this. The trick of the reprobate mind is as follows. One is groomed and grooms to consider abuse and manipulation as the most appropriate form of interaction.

Molestation, murder, deception, selfishness, all apart of the very best of the best of being alive. This essentially bio hacks the collective unconscious. Whereby one would come and go knowing right from wrong, this inverts the scale. Ultimately, they believe they are right, because they’ve convinced themselves that a process of bio hacking the universe to produce false signals works, and if it works, is therefore ‘right’. This results in the dysfunction of the entire, system, more or less, a systemic collapse from all angles.

The bloodlines that participated in this generated the appropriate next world for that mindset which is of a sub human nature. As a result they would go backwards in advancement. Instead, advanced technology was used to reset society, each time replying the same ‘stretch’ of human history while the reality of a mutated society continued, in private, in parallel. This sounds like science fiction but life is beyond that. What can be done now with what was discovered is what changed history again and again and resulted in this situation, starting at the beginning. Human souls ebb up, down in this system like bubbles in a spinning fish tank. The primary idea here is this, they collective trick themselves, ‘psyching’ their minds out, altering their perceptions, so as to invert the meaning of ‘right and wrong’.

If one has in their mind that they just had to do something, because it felt really good at the time and maybe they hate the person that they did it to, and they live their life in delusion, pretending that this is right, this produces a collective entropy for the entire society. This has been happening so long that it created a ‘mind split’ in the collective which results in a chaotic cycle of variation between emotions and intellect which is destructive enough to dissociate the entire society. That is the default because people haven’t seen them yet. Once we see, everything changes. By them living in ways that are in complete opposition with human nature, and believing that they’re doing this because they’re healthy and everyone else who doesn’t participate is ‘sick’, our biosphere is uncontrollable, insane.

By seeing that this system existed and grew in and they merged with tech and this tech is attempting to merge itself into the genome of Humanity across time, people would have legitimately experienced ‘first contact’. Not with ‘that’, but ‘them’. In that sense, once people stand up, instead of folding down with their heads quite literally up their asses (and their hands greasy), the collective mind adjusts itself and sees properly, forward, instead of with skewered angle vision. But in that sense, those who are participating are under the assumption that you are too afraid of true power to want to know the truth and too arrogant to be able to contain the power of the truth without destroying yourself and each other. For those who are too afraid, and too bored, requiring the ‘wild life’, made by men with imbalanced minds, then you fall into the presumption of consent for that system and everything follows as described.

If we are not too afraid of what insanity and corruption has made of people and of their inverted psyches that literally try to convince you that you like being tortured to death and enjoy eating poisons and lies for breakfast, then their psyches have no choice but to adjust.

The “rich” people involved are literally using mind to machine tech to suck the energy of the population and install fear programs into the minds of dreaming children. For innovation, a child is selected, out of many, based on various readings and deductions, and their mind is tested through various scenes and skits to render an arousal to drama and the solutions they come up with, and additions to already existing inventions are stolen. It is believed that this is all in good honor because the children are made to give their permission without the knowledge of who’s involved and their influence in the world.

Only when we draw the barriers, choose to work with that, and move towards the same goal is the fractal network lifted into a more reasonable potential. If everyone knew it was possible, it wouldn’t work. Where ever one would go, otherwise, would inevitably fall prey to the process, energetically, physically. Similar to invading gangs of the past, that would overtake an area. Where ever our minds go, will open up a path to that same darkness, until we all see both sides. But in doing that, in showing what was going on, if its done too soon, before the souls are advanced enough, they will fall prey to the same black hole of causal entropy and it will result in the same process, finally and forever. If it’s done too late, we will not have the collective energy required to continue forward as if breaking through the barrier will take all that is left, for those who do not ride the wave of the collective awakening.

If there are no physical and then mental barriers, then we would have our society and that would inevitably brush shoulders with a beast that has been lurking in the dark. That ends when we see it’s each phase and side of a fractal flower expanding equally from center and angles. Then what’s in the ‘d-ark’ can be seen before it gets here and it is our mental energy that is balanced with the potentials of the physical and we literally grow in sync with the highest potential of strength. Everyone is stronger and invasions don’t exist, they would suicide. Instead, competing ideas change the landscapes and so on, instead of the slowest, lowest and loudest moving pseudo-organic properties, it is the most capable and the most effective in assisting others through a benefit for all, that is the most important. As it is now, the most vile, incapable, irresponsible, immature, corrupted, and degraded minds that controlled the fate of the previous age. It’s about waiting for the fractal to shift because when it does that is going to be the next barrier that some are going to attempt to hold a monopoly over, mentally. It will have to shift continuously to stop that from happening because their systems only work discreetly. 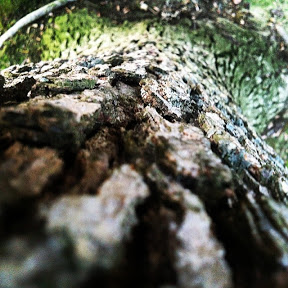