Is the living of life an axiom? (Part one) 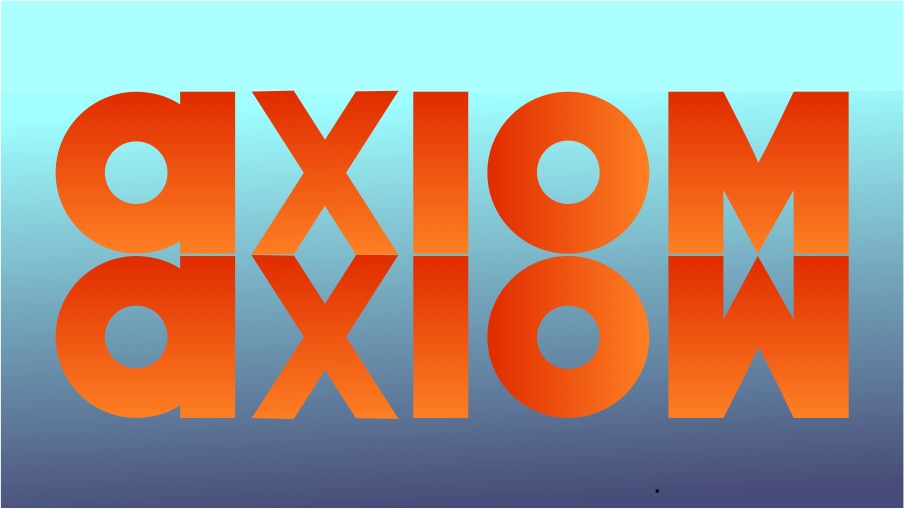 Is the living of life an axiom? (Part one)

If the living of life is an axiom, that being self evident proof of itself, why do governments deny that we live while at the same time they utterly dependent on it? What stupidity governs ‘things’ in the name of social justice for people? How long are we going to tolerate this destructive insanity?

According to the dictionary, an axiom or postulate is a statement that is taken to be true, thereby serving as a premise or starting point for further reasoning and arguments. The word comes from the Greek axíōma (ἀξίωμα) ‘ being that which is thought worthy or fit,’ or ‘that which commends itself as evident.’

Is an axiom more than self evident truth?

While classic philosophy regards an axiom as a statement so evident or well-established as to be accepted without controversy or question, modern logic regards it as simply a premise or starting point for reasoning. Specialized science and mathematics regard axioms as formal statements or principles from which other statements can be obtained.

Wikipedia goes further by emphasizing the principle of contradiction. This principle says that a statement and its opposite cannot both be true at the same time and place. Novelist/philosopher Ayn Rand goes even further—

An axiom is a statement that identifies the base of knowledge and of any further statement pertaining to that knowledge, a statement necessarily contained in all others, whether any particular speaker chooses to identify it or not.
An axiom is a proposition that defeats its opponents by the fact that they have to accept it and use it in the process of any attempt to deny it. —Ayn Rand; Galt’s Speech, For the New Intellectual, 155

Grasp the full significance of that last statement. It is pure gold! Here’s why. Existence and consciousness are axioms that cannot be escaped. Each must be used in any attempt to deny its own.

Likewise, life cannot be denied. Yet today’s governments are all structured on the pretense that life is irrelevant, all the while dependent on that impossibility. The whole structure is a scam from top to bottom, and its proponents know it. Others remain ignorant of the fact, or they care not.

Democracy is a system of political rule in which there is a distinction between the rulers and the ruled, and between the legal rights of the rulers and those of the ruled. If you would attempt to do to your neighbours what a democratic government does to its citizens — say tax them, fix their hours of work, force them to accept the money you have printed or to send their children to schools of your choice —, you would very likely (and in any case should) end up in jail. Not even a democracy allows you to do such things. Nor does it allow you to do them in conspiracy with others. But it does allow you to have someone else do them on your behalf and in your name! All you have to do is vote for a ‘political representative’. —Frank van Dun

There lies the nonsense of all (positive law) legal systems based on artificial beings. Present day political ideology transforms all men and women into artificial beings – ‘citizens’ – the very essence of each created and defined by the legal rules (statute laws) of the state to which he or she belongs.

Within such states, human beings have no rights. Instead they have ‘permissions’ in so far as some legal authority regulates their existence and freedom. Witness that the Universal Declaration of Human Rights (UDHR), now in 500 languages, names ‘a legal personality’ (article 6) and ‘a nationality’ (article 15) among the things people have a right to. That document’s underlying philosophy, is that a legal personality and a nationality — in a word ‘citizenship’ — must be eminently desirable, since both are purportedly necessary for legal existence within the state. Without them, we’re led to believe, a person is a nobody.

This, of course, is none less than abandoning natural law for that of legal rule. Thereafter we are compelled to accept that what a person has a right to do or to call his own, depends not on what he is or does, but on his status in the legal order of society. As philosopher of law Frank van Dun points out, he or she is made ‘an artificial person in an artificial order, like a piece of wood that is assigned different ‘rights and duties’ depending on whether it is used in a game of chess, checkers or backgammon.’

The fallacy of legality lies in its refutation of life, despite its reliance on life. The whole legal structure relies on our living fingers to move the chess, checkers or backgammon pieces according to set legal rules, in utter defiance of free choice and natural laws that govern our lives. Its whole success depends on our compliance, without which, it cannot exist. So compliance must be forced in abrogation of our free will to choose otherwise – denying our lives according to natural law as Creator intentioned.

What remedy can exist?

Life cannot be refuted. Its axiom is, ‘no attempt to deny life is possible without using it.’ Living is axiomatic.

Observe what happens when you turn this axiom on its head. The artificiality of legal jurisdiction is the underhand attempt to make citizenship axiomatic, at the expense of people’s lives. Thereafter, ‘citizen status’ must be used in law courts to refute citizenship’s claim over one’s life. So it is that under admiralty law, no word exists for a judge to address a living man or woman. No one can win.

Any and all assertion of one’s right to life, uttered in courts where artificial citizenship prevails above life, will fail. Every utterance is deemed by the court to uphold its legal jurisdiction of artificiality, by nature of having addressed the court. All attempts to establish life’s axiom are futile, while the court pretends that citizenship is axiomatic. One’s living authenticity is denied and natural law is renounced.

This is today’s challenge. Removal of the so-called ‘deep state’ will help, but its presence is merely a symptom of the much deeper cause. Fraudulent pretense is our curse, for which life is the only remedy. The cause of natural justice is denied, meanwhile the incomprehensibly stupid pretense will go on until that change is made.

Join Trooth, the new censor-free social media platform—creating a community for freedom-lovers, truth-seekers, and activists to connect, kick ass, and have fun.