Is the living of life an axiom? (Part Two) 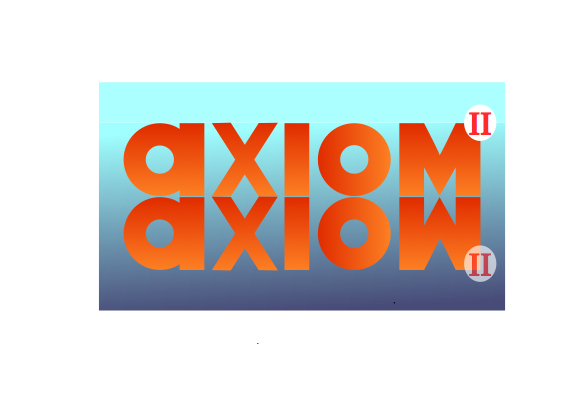 Is the living of life an axiom? (Part Two)

Life is an axiom, as established in Part One of this post. It concluded by showing ‘when law courts falsely assert citizenship to be the ruling axiom, all attempts are futile to assert the superiority of life .’ Here’s a reminder concerning axioms—

An axiom is a proposition that defeats its opponents by the fact that they have to accept it and use it in the process of any attempt to deny it. —Ayn Rand; Galt’s Speech, For the New Intellectual, 155

It is the attempt by authoritarian governments to make citizenship axiomatic that necessitates ‘citizen status’ must be used in law courts to refute life’s legitimacy. Did you spot the oxymoron? It is the attempt to render life as useless when every voice and action in law courts depends on life. Life must be used in every attempt to deny it, whereby every denial is self-cancelled. Q would say ‘these people are stupid,’ but such stupidity is much worse; it’s tragic

A monarchy is a system in which one person is supposed to be the ruling principle or first cause of every legal action, every other person being no more than an obedient subject of the monarch. In an oligarchy a few persons (the oligarchs), acting in concert but without a fixed hierarchy among them, are thought to be the source of all legal actions. In the modern system of parliamentary sovereignty, for example, the members of parliament constitute an oligarchy. All members have equal standing within the parliament. However, the results of their deliberations and decisions are supposed to bind all people who, because of their citizenship or residence, are assumed to be subject to the authority of the state. —Frank van Dun

That assumption must be challenged, and ‘life’ is the only tool that can do that — not life in general, not human life, but the life of every individual. Anna Von Reitz has her finger on the pulse—

You will note that the exact verbiage of the Maxim is– “Truth in commerce is established in the form of an Affidavit”.
Thus, when you wish to act in the capacity of a Living Man in a commercial court, you do not offer an Affidavit — because in the current scenario that allows them to ignore every word you say or write.
Instead, you offer “Living Testimony in the Form of an Affidavit”. — Anna Von Reitz

Do you see the difference? Life is the first word uttered by your testimony.

You follow the “form” of an affidavit which is to swear or affirm for the Public and Private Record and from without the United States that your testimony is true, correct, and not misleading – and then you enumerate your facts: 1, 2, 3, 4…

This allows the Court to hear your facts and gives de facto rebuttal to the presumption that you are acting in the capacity of a corporate franchise. And since your opponent is a corporation, it has no ability to answer your ‘Living Testimony in the Form of an Affidavit’ with any countering Affidavit – and your facts stand as Truth in Commerce by default. — Anna Von Reitz

“Inasmuch as every government is an artificial person, an abstraction, and a creature of the MIND ONLY with other artificial persons. The imaginary, having neither actuality nor substance, is foreclosed from creating and attaining parity with the tangible. The legal manifestation of this is that NO government, as well as any law agency, aspect, court, etc., can concern itself with anything other than Corporate, Artificial Persons and the Contracts between them.” — Anna Von Reitz

It dispossesses all contrary. There is no parity between living and artificial beings, nor can there ever be. Moreover, since your life as an independent being began, nothing having your life and given names existed to which an artificial entity could be attached. Until you gained independent life nothing could claim it; no claim possible thereafter.

Life determines the foundation for a cooperative symbiotic society founded on natural law.

The distinctive characteristic of a kritarchy is therefore that it is a political system without the institution of political rule. If one thinks of it as ‘the rule of judges’, one should remember that these judges enjoy no particular privileges or special powers. It is ‘the rule of law’, not the rule of legislators, judges or any other category of privileged officials. —Frank van Dun

That difference needs to be fully understood if we are to establish society as Creator intended. Individual life is the key element. The notion that citizenship is to be prized above life itself is abhorrent in the extreme, the source of the greatest and most tragic fraud in human history. If you want more, then study of Conscious Dynamics and natural law must go on your ‘to-do’ list.

Back to Blog Index

Join Trooth, the new censor-free social media platform—creating a community for freedom-lovers, truth-seekers, and activists to connect, kick ass, and have fun.