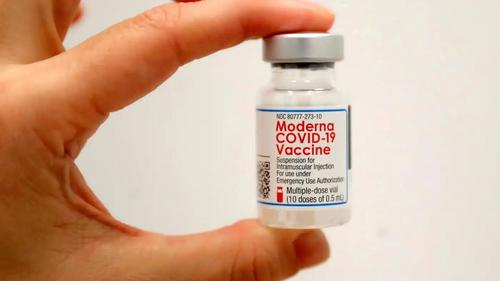 The Japanese Ministry of Health announced on Thursday that around 1.6 million doses of Moderna’s Covid-19 vaccine have been taken out of use due to contamination in some vials that ‘reacts to magnets,’ according to a ministry official.

“It’s a substance that reacts to magnets,” the official told Nikkei, adding “It could be metal.”

Moderna, meanwhile, has confirmed receiving “several complaints of particulate matter” in vials distributed in Japan, but that “not safety or efficacy issues” were found related to the reports.

“The company is investigating the reports and remains committed to working transparently and expeditiously with its partner, Takeda, and regulators to address any potential concerns,” a spokesperson told Nikkei, adding that a “manufacturing issue” at a plant in Spain was to blame.

After the complaints, the vaccine lot in question as well as two adjacent lots have been taken out of circulation “out of an abundance of caution,” according to the spokesperson.

Prime Minister Yoshihide Suga told reporters on Thursday afternoon that he had instructed the ministry to look into the case with safety as the top priority, adding he had received reports that the withdrawal “won’t have a significant impact on the country’s vaccination campaign.” –Nikkei

The foreign matter that ‘reacts to magnets’ is sure to revive speculation over the viral ‘Covid-19 vaccine magnet challenge,’ in which dozens of people recorded magnets sticking to their vaccine injection sites.

And while several ‘fact-checking’ websites have taken a crack at what’s going on, the two most common explanations are ‘they’re faking it’ or ‘their skin was slightly wet.’

Some believe the reported magnetism can be explained by graphene oxide, a magnetic nanoparticle studied for its use as a drug delivery platform and other biomedical applications.

Critics note with the fact that that graphene oxide is not listed as an ingredient in any available Covid-19 vaccine, while skeptics counter with ‘so what?’ If random batches are tainted with foreign substances, on accident or on purpose, of course they wouldn’t be listed in the ingredients.

In any event, Moderna stock isn’t too happy today: