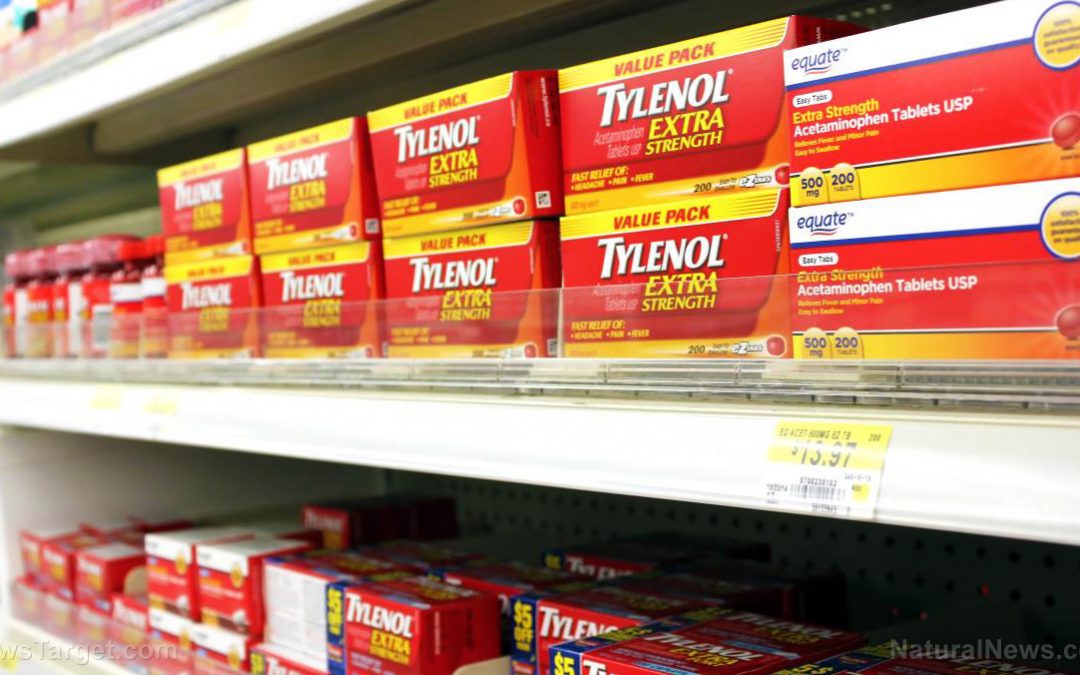 (Natural News) Acetaminophen, the main ingredient in Tylenol, is one of the most commonly used over-the-counter painkillers today. Many people take it without giving it a second thought, popping one every time they feel a headache coming on and giving it to their kids at the slightest sign of fever. Don’t let the fact that you don’t need a prescription for it fool you in to a false sense of comfort, however. This drug can be very damaging – and children are at particular risk.

There have been several studies looking at the long-term effects that acetaminophen use during pregnancy and childhood have on children, and all of them link it to long-term neurological function problems. Although the studies are too different to facilitate a meta analysis, experts say it’s clear that acetaminophen is neurotoxic to developing brains.

It’s unfortunate that so many doctors suggest people take these medications. Duke University Associate Professor Dr. William Parker says that many of them simply fail to realize there are studies out there showing the dangers and are simply going by the fact that the drug has been classified as being generally safe – a decision that should be reconsidered in light of recent evidence.

The drug has also been linked to autism and attention deficit hyperactivity disorder. Interestingly, the male brain appears to be more sensitive to acetaminophen than the female brain, which could help explain why more boys than girls have these disorders.

A study that was published in the Journal of International Medicine illustrated how acetaminophen damages children’s brains. The scientists wrote that acetaminophen use in young children and babies is more strongly associated with autism than the use of the drug during pregnancy, and they believe it’s because of children’s deficiencies in breaking down pharmaceuticals in early development. They called for an urgent look into the long-term effects of the use of this drug, saying that many infantile autism cases could have been caused by exposure to the medication shortly after birth. This is significant because many parents are instructed to give their children Tylenol prior to getting vaccines, and the combination could be particularly risky.

Dangers of Tylenol extend beyond the brain

Of course, it’s not just children’s brains that Tylenol can harm; it’s also dangerous to their liver. In fact, acetaminophen use is the top cause of liver failure in America, and even exceeding the recommended dose slightly over the course of just a few days is enough to damage this vital organ. Even if you’re following the dosing instructions, it’s important to keep in mind that the drug is used in many common cold and flu medications, so you could be overdosing without realizing it. In addition, taking it on an empty stomach should always be avoided.

Taking acetaminophen can also dull your emotions and stunt your ability to care about other people. A study published in the Social Cognitive and Affective Neuroscience Journal showed how the drug reduced people’s empathy for others; past studies form the same research team also illustrated that it reduces people’s capability of feeling positive emotions. In other words, not only does it dull pain, but it also dulls your feelings. It can even adversely affect your ability to detect your own cognitive errors.

The effects of this drug on the brain – not to mention the liver – are profound, which is why people need to stop viewing this medication as harmless and taking it so casually. The type of pain that often drives people to take acetaminophen tends to be on the lower end of the scale, and it can often be remedied with alternative treatments. Is it really a good idea for parents to teach their children they can just take medicine and make their pain go away from such an early age? Wouldn’t it be far better to equip them with natural approaches to pain relief, like meditation and exercise, that can serve them throughout their lifetime and help them avoid dangerous side effects?