Knowing From The First 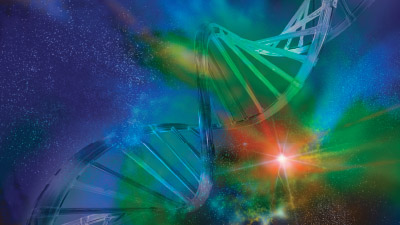 What if there was a time before genetic experimentation where you could walk through society and identify who a mind is, by seeing who you have known that is similar, genetically.

What if, through a high level stabilization that takes place over thousands if not millions of years of genetic continuity, each mind could know every other mind they ‘run into’ on a daily basis, without having met that physical body before?

Through looking in the eyes or seeing the motions and character one can recognize that those are the connected genetics from the primary source of “so and so” that everyone knows of on the planet. Instead of, who’s playing big games or ruling over little people,

What if, through an experimentation that began long ago, but not too long in the overall perspective, we modified genetics to produce a different kind of game experience. We made it so complicated, so complex, that we couldn’t recognize each other any more.

Everyone sees someone different, someone new, anytime you look anywhere, at anyone. Except, there are some exceptions. You see there is still one Human family, and there are still genetic sources that are awakened here, and have been recognizing each other.

This may be the meaning of “knowing from Adam”. If you can see the delineation of gene factors and primary source characteristics while remaining sensitive enough and careful enough to not overlook, you are watching and interacting with an entity spanning millennia and nation.

The whole Human entity is made up of smaller biological gene families. This is part of the confusion, and this whole experiment became very convoluted.

For instance, we already exist in a state where everyone is a time phase shift version of a primary source that is projecting from itself through a kind of bio tech dream projection core which became infused with Human biology through later experimentation (possibly forced).

We knew this as a species, it’s obvious. If you look around now and can perceive genetics, then previously, it most likely was a much smaller gene variation. Thus, we were probably experiencing a different kind of scenario. Instead of variety by way of extreme complexity,

Basically everyone in reality probably knew everyone else by having access to the time and soul deep genetic level of conscious interaction that was available because there simply wasn’t enough information to get distracted!

This kind of sounds like a cartoon, you see the same people every day, they might even wear similar clothing or simply not be seen for their clothing, different or similar, but through their soul mind and through that and our human senses, we knew each other automatically.

The idea is that we would not have the intellectual capacity to process what was happening then from the perspective that we do now. Life would be beautiful, never ending, continually varied, yet always steady and capable of what is required.

Yet we wouldn’t have the capacity to choose to want more, because we simply wouldn’t know the difference between the two states of consciousness. They would be handled autonomously and as a result without major hitch. This is the first freedom that leads to potential catastrophe.

As we wake up to the capacity to want to have more, more than we require, we could inadvertently flip the switch and begin to actually require, that we want more. That is the creation of the secondary desire, the ego intelligence, that is the requirement of one’s ‘wanting’ self.

That, in itself, is a new form of intelligence and must be handled with a different kind of procedural interaction and thus the memory, the mind, and the brain become more interactive through resources and controlling one’s biology.

That is the first step taken, which, without care, compassion, knowledge, focused on will and leading towards increased self awareness (and self control), leads directly to self destruction.

We are a species moving up in power levels and intelligent control over our biology and our reality and we must protect our future by choosing to empower and ‘raise’ the ‘higher intelligent self’, the One that was there when we all knew each other automatically (from the first).

We pass through the dark night when we raise our heads up only to be drawn back down towards the murky waters of low self awareness and esteem if we are taken by the appealing glamour of that second lesser light that can never truly embody that wholeness and beauty of when we know ourselves.