Lawyers Promise ‘Nuremberg Trials’ Against All Behind COVID Scam 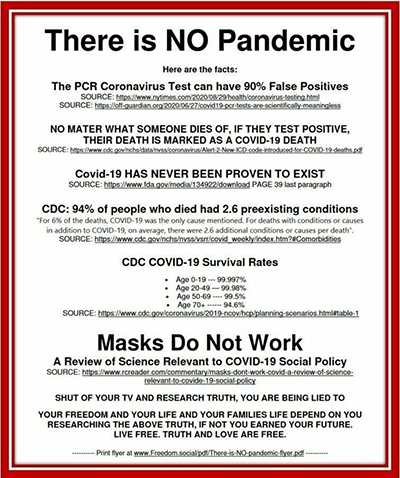 Lawyers Promise ‘Nuremberg Trials’ Against All Behind COVID Scam

Posted on February 25, 2021 by ourgreaterdestiny

Please read and for the sake of all, share

Right now, a second Nuremberg tribunal that is in preparation, with a class action lawsuit being set up under the aegis of thousands of lawyers worldwide behind the American-German lawyer Reiner Fuellmich, who is prosecuting those responsible for the Covid-19 scandal manipulated by the Davos Forum.

In this respect, it is worth recalling that Reiner Fuellmich is the lawyer who succeeded in condemning the automobile giant Volkswagen in the case of the tampered catalytic converters. And it is this same lawyer who succeeded in condemning Deutsche Bank as a criminal enterprise.According to Reiner Fuellmich, all the frauds committed by German companies are derisory compared to the damage that the Covid-19 crisis has caused and continues to cause. This Covid-19 crisis should be renamed the “Covid-19 Scandal” and all those responsible should be prosecuted for civil damages due to manipulations and falsified test protocols. Therefore, an international network of business lawyers will plead the biggest tort case of all time, the Covid-19 fraud scandal, which has meanwhile turned into the biggest crime against humanity ever committed.

A Covid-19 commission of enquiry has been set up on the initiative of a group of German lawyers with the aim of bringing an international class action lawsuit using Anglo-Saxon law. Here is the summarized translation of the last communication of Dr. Fuellmich of 15/02/2021:

“The hearings of around 100 internationally renowned scientists, doctors, economists and lawyers, which have been conducted by the Berlin Commission of Inquiry into the Covid-19 affair since 10.07.2020, have in the meantime shown with a probability close to certainty that the Covid- 19 scandal was at no time a health issue.  Rather, it was about solidifying the illegitimate power (illegitimate because it was obtained by criminal methods) of the corrupt “Davos clique” by transferring the wealth of the people to the members of the Davos clique, destroying, among other things, small and medium-sized enterprises in particular. Platforms such as Amazon, Google, Uber, etc. could thus appropriate their market share and wealth.”

Status of the Covid-19 Committee investigation

a. Covid-19 as a diversionary tactic by corporate and political “elites” in order to shift market share and wealth from small and medium enterprises to global platforms such as Amazon, Google, Uber, etc.

b. Contribution of the Audiovisual Tax to the reconstruction of a new media landscape that offers truly independent information

d. Making a secure regional currency to prevent a new currency from coming “from above” to be allocated in the event of good behaviour.

“We have seen what has been confirmed time and time again: the degree of danger posed by the virus is about the same as that of seasonal flu, regardless of whether it is a new virus (wholly or partially manufactured) or whether we are simply dealing with a flu renamed “Covid-19 pandemic”. In the meantime, Drosten’s PCR tests cannot even tell us anything about contagious infections. To make matters worse, the health and economic damage caused by anti-covid measures has been so devastating that we have to speak of a level of destruction that is historically unique. »

“The fact that health has never been an issue is particularly obvious, except that injections of genetically experimental substances disguised as “vaccinations” are now cauing serious damage, including fatal consequences, on a mass scale. The world population has been used as guinea pigs for these experimental gene injections both gradually and extremely rapidly. In order to plunge the population into panic, dangerous and harmful containment measures (even according to the WHO) of compulsory, unnecessary and dangerous mask-wearing and social distancing, unnecessary and counterproductive, were introduced. The population was thus “ready” for the injections.”

“In the meantime, more and more people, not just lawyers – and rightly so – are demanding, in addition to an immediate end to these murderous measures, a judicial review by a truly independent international tribunal on the model of the Nuremberg trials. An example of such a demand and a moving excerpt from a speech by the English doctor Dr. Vernon Coleman can be found at the following link: https://youtu.be/T3DNV7v5i74 [Link disabled]

The above link was blocked by Twitter so I suggested people search the title.

Time to reconnect with nature and kindred spirits

We need approximately 3% of the population to wake up, which means acknowledge harm and transform harm into harmlessness. It is suggested we are already there [3%] so let’s each do our part by disclosing evidence, which includes informing elected representatives, government agencies, corporations, police chiefs, school boards, etc.

Help spread the news and show your support

Download and share the SOVI PDF – or simply share the link/URL below with others. Please fill out the brief form to add your voice to the Roster of Support of people from around the world who have grown tired of their intelligence being insulted, and who now insist on the Truth based on Real Medical Science. https://www.andrewkaufmanmd.com/sovi/ 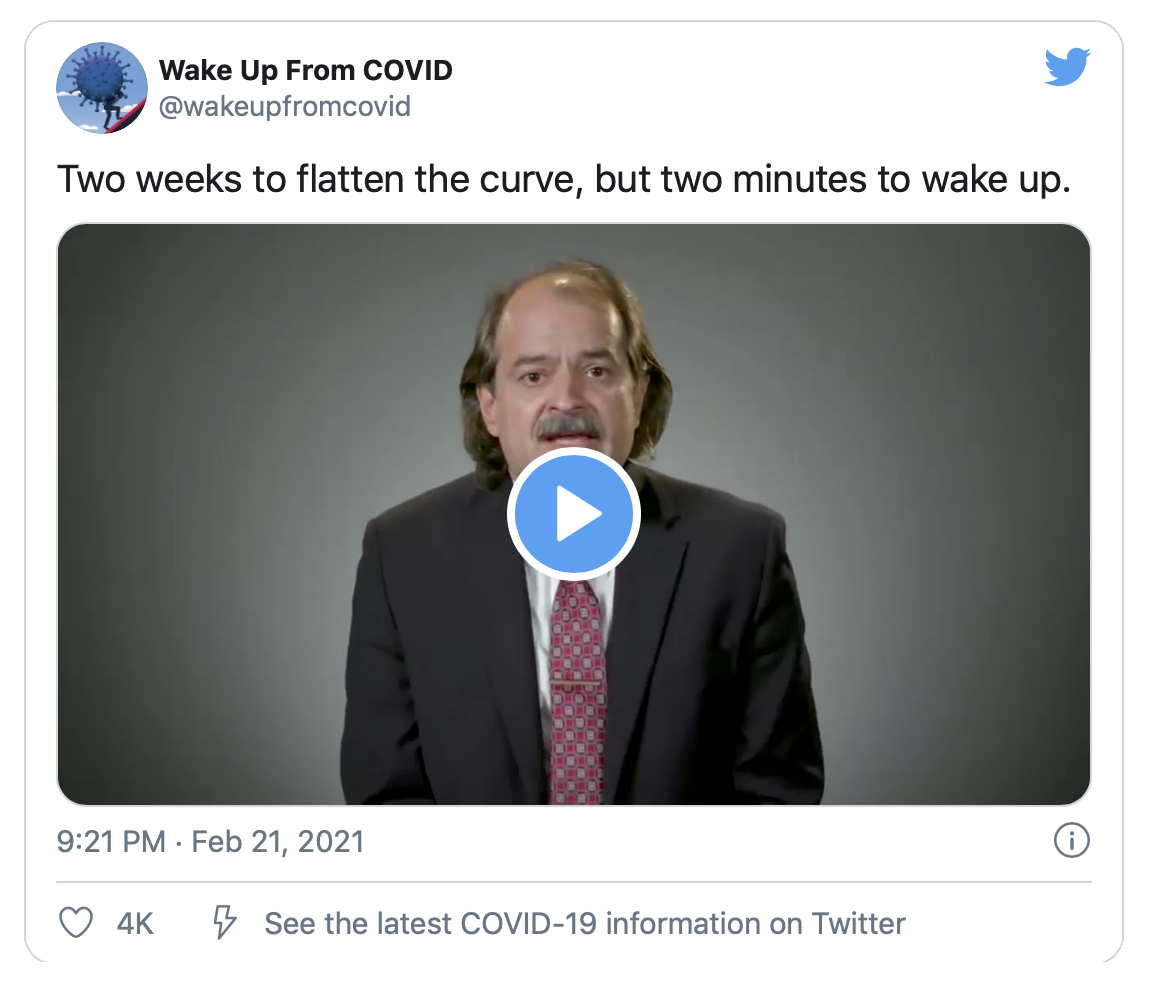 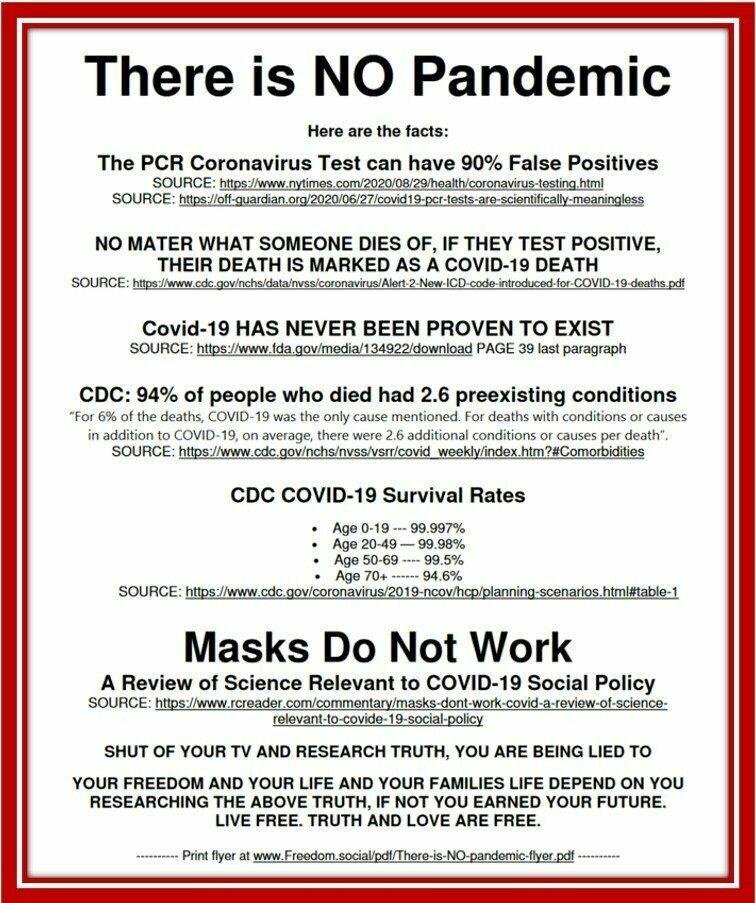 “We are a sovereign nation with a democratic government,” he continued, “which came to power with the support of the majority of citizens, one that places compliance with our constitution and respect for human rights above all private interests.” https://www.naturalblaze.com/2021/02/mexicos-decision-to-ban-glyphosate-has-rocked-the-agribusiness-world.html?utm_source=Natural+Blaze+Subscribers&utm_medium=email&utm_campaign=69be4d37b4-RSS_EMAIL_CAMPAIGN&utm_term=0_b73c66b129-69be4d37b4-388229733

Bravo Mexico for showing man what is possible.

Police say that unless there are serious aggravating circumstances involved, such as an offence under the Criminal Code, or any other demonstrated behaviour that places the individual or public in danger, they will not detain individuals who are non-compliant. https://www.insauga.com/international-travelers-are-walking-out-of-mississaugas-pearson-airport-ignoring-quarantine-rules

Covid is a catalyst for man to set ourselves free. Many people are leading the way. The sooner more people join this transition the sooner a new era of justice, freedom and coherence advance. Thanks for doing your part.

Without Prejudice and Without Recourse
Doreen A Agostino
http://freetobewealthy.net
Via ethernet to safeguard life

View all posts by ourgreaterdestiny → 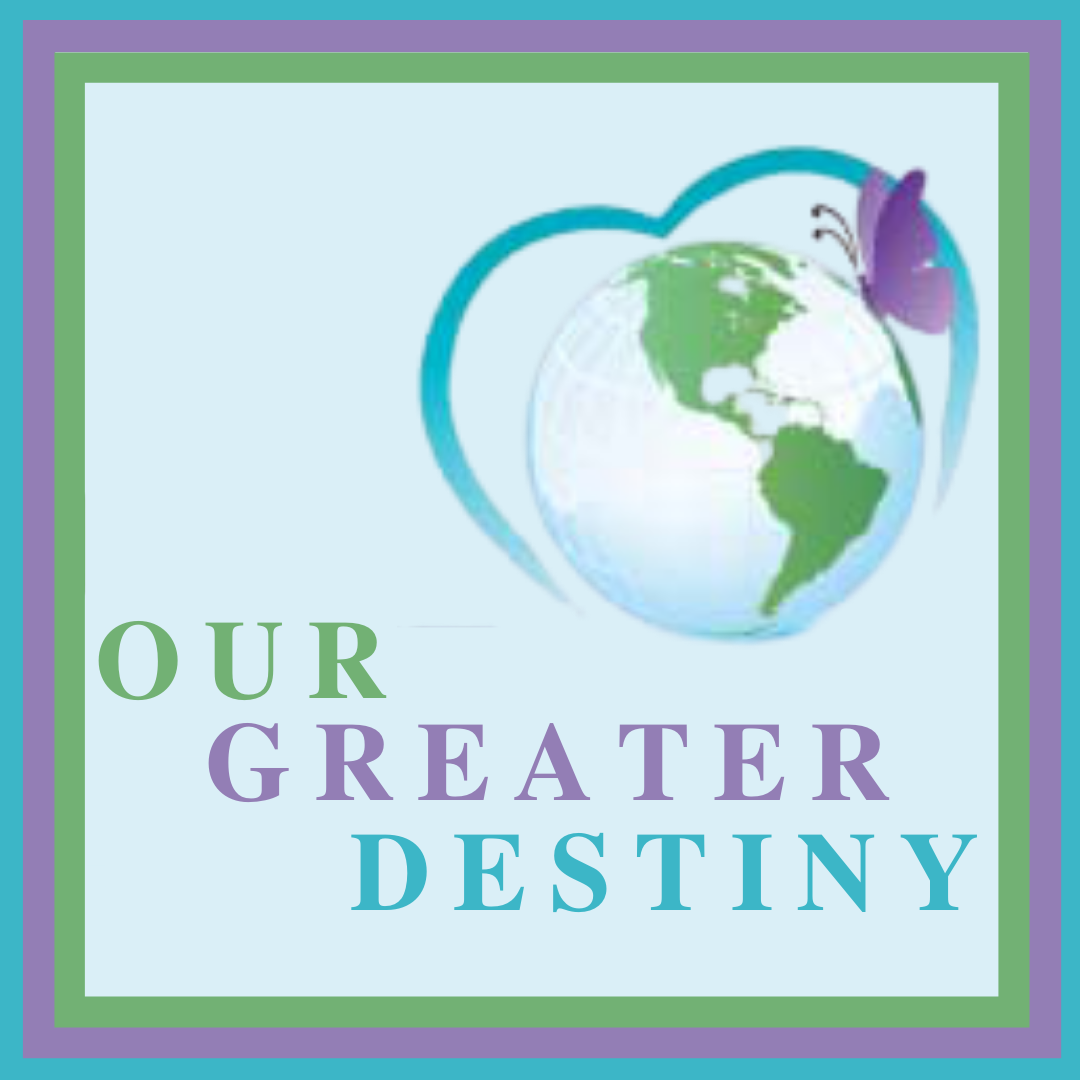