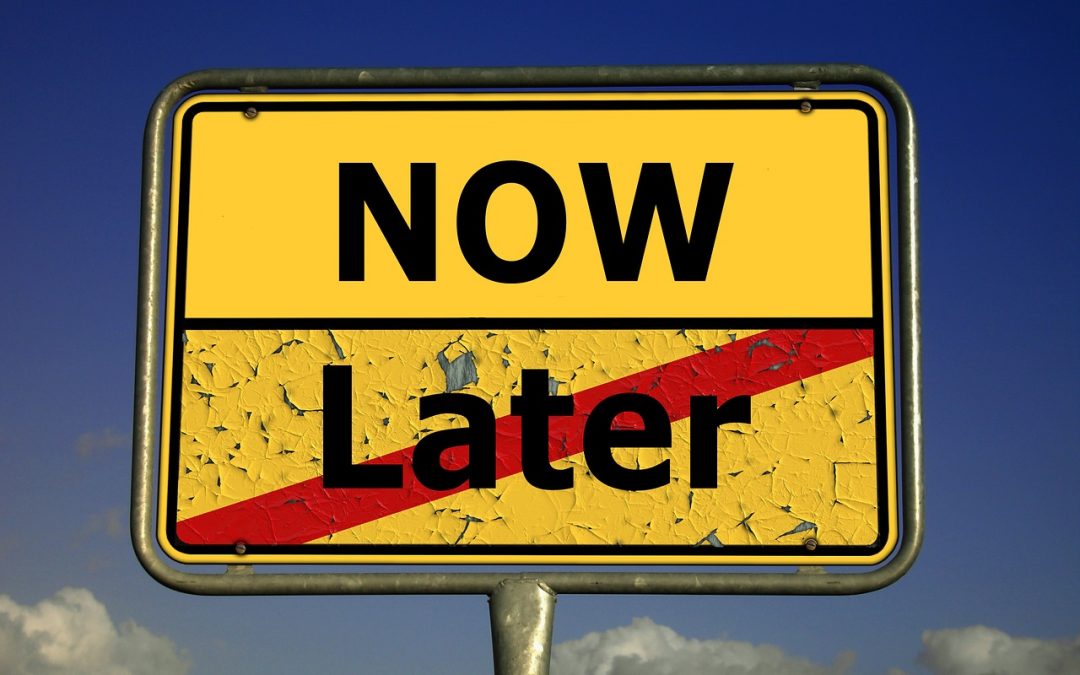 Let’s do a reality check: many of us wake-up in the morning with our default memory sleepily reverted back to a pre-covid state of seeming ‘normality’. But after splashing our face with cold water, taking the dog for a walk and having some breakfast, it dawns on us that we are being strung-along by the hands of a puppet master, whose tweaking of the strings of power is making us dance to a tune which is 100% alien to our natural evolutionary inclinations.

That puppet master is actually not one person, but a number of people; although calling them ‘people’ might already be an error, since they operate in the shadows of a life less than human and impose their will based on a narcissistic ambition to ‘own’ everything – and of course, to control it too.

So you turn on your radio/television, open a newspaper/computer and you get something called ‘The News’. And what is it you are actually getting? Is it really The News?

Your slow mind, which prefers to remain in a convenience/comfort mode, leads you to believe you are actually receiving The News – well doesn’t it?

But once you get that mind sharpened-up a little, straighten your back, and let some sense of the true reality start to manifest, you recognize that it is not the news at all – but simply ‘the spin of the day’. The Daily Spin.

It’s a formula designed and constructed by the puppet master and his less than human cabal, to ensure they remain on course to ‘own’ everything on this planet – which includes you, me our children, aunt Mary, uncle Tom, granny and grandad, our/their houses, furniture, gardens, money, cars, and even – thoughts.

With something of a jolt you realize (once again) that The News is a grand indoctrination exercise, duplicitously contrived by those who own and run ‘the media’; and that these ‘less than human’ entities work hand in hand with the grand puppet master, as part of a mafia-esque stitch-up in which the ‘news owner’s’ get a handsome reward for printing and broadcasting ‘The Daily Spin’.

But, you may well ask, from where does the cabal get its billions? How can it pay-off the great majority of the media chiefs so as to keep The Spin going from day to day?  Pay-off not just the media chiefs but all the other operators who work from the shadows to keep this virtual agenda pumping its fake news into our overloaded psyches?

Where does their blood money come from? These fake kings and queens of imposed virtual reality whose psychopathic ambition is to rule the world. 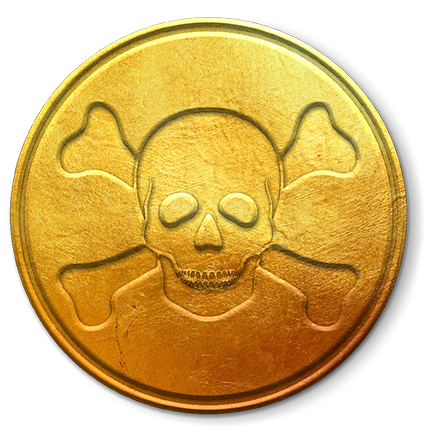 Wait a minute – don’t we know this? I mean, we take out a loan or get an over-draught agreement from our bank – and suddenly we owe that enterprise/corporation some repayment for its supposed ‘generosity’.

Puppet master Big Banker really is a true master of deception – a magician! He applies a simple but brilliant formula which has been around a good few centuries now, but still works a dream. Yes, he simply ‘lends’ you that which he does not have – and commands you to pay him back with something you do actually have – your earnings garnered from your work, your job. A truly treacherous slight-of-hand, wouldn’t you agree?

But you see, in this way the great cabal – which is actually a very small fiefdom (probably less than 0.2% of the population) can acquire an infinite amount of dosh and thereby ‘run the world’ according to its desired despotic blueprint. That is – just so long as you and I keep taking out loans or over-draughts with Big Banking plc.

They press a button and hey presto! We have 50,000 pounds/dollars in our bank account – wow! But if you go to the cashier and ask for that 50,000 in bank notes, you will be refused. Why? Because the bank doesn’t actually have it. It’s just on paper, created from thin air. Once you get into your repayments you may be allowed to withdraw around 10% in notes, but only in separate tranches and at separated time gaps. And only so long as bank notes are kept in circulation, in this digital age of illicit surveillance.

They control how you can use your money. It is this amazingly deft act of in-your-face theft which keeps the cabal, media, fake democracies and corporations in the high chairs of control. It is this supreme act of deception which underpins the destructive capacity and longevity of the deep state; the huge debts now faced by ‘forever borrowing’ governments of nation states. Governments that then circulate the fraud by borrowing at interest from the Goldman Sachs’s of this corporate world, who in turn are supplied with endless liquidity by the Bank of International Settlements, the biggest launderer of all launderers.

Give your dirty laundry to the BIS and it will redistribute it around all the banking fiefdoms of the planet. And thus wars are financed, Soros/Gates/Rothschild ‘colour revolution’ putsch’s underwritten, false flag events fueled; propaganda, social engineering and behavioral psychology agencies kept at work. All engaged in mind controlling the masses into submission.

“Keep the Great Reset on course!” demands the puppet master. The Reset, with its dystopian fake green techno-fascistic agenda brazenly heralded by The Daily Spin. The ‘green new deal’ ‘zero carbon’, ‘smart grid internet-of-things’ promised land we have all been dreaming about?

Yes, dear friends, many among us – and maybe you – shout “Crime!” briefly grasping the truth during that high moment of the day, or night, when the cabal’s road map suddenly comes into focus and the truth is out. But the next morning, once again bamboozled by the digitalized torrent of words; the tinkling announcement of incoming calls on your pocket sized microwave handset; the beckoning big brother flat screen TV on your living room wall; the long list of sterile supermarket fake-foods you need to purchase – not to mention Covid, the social agenda, the demands of the job – if one still has one – all this and so much more – cloud that moment of truth once again – and leave one as slavishly dependent as ever on the puppet master’s darkly disguised template for global control.

“Take the vaccine and submit to my will.” 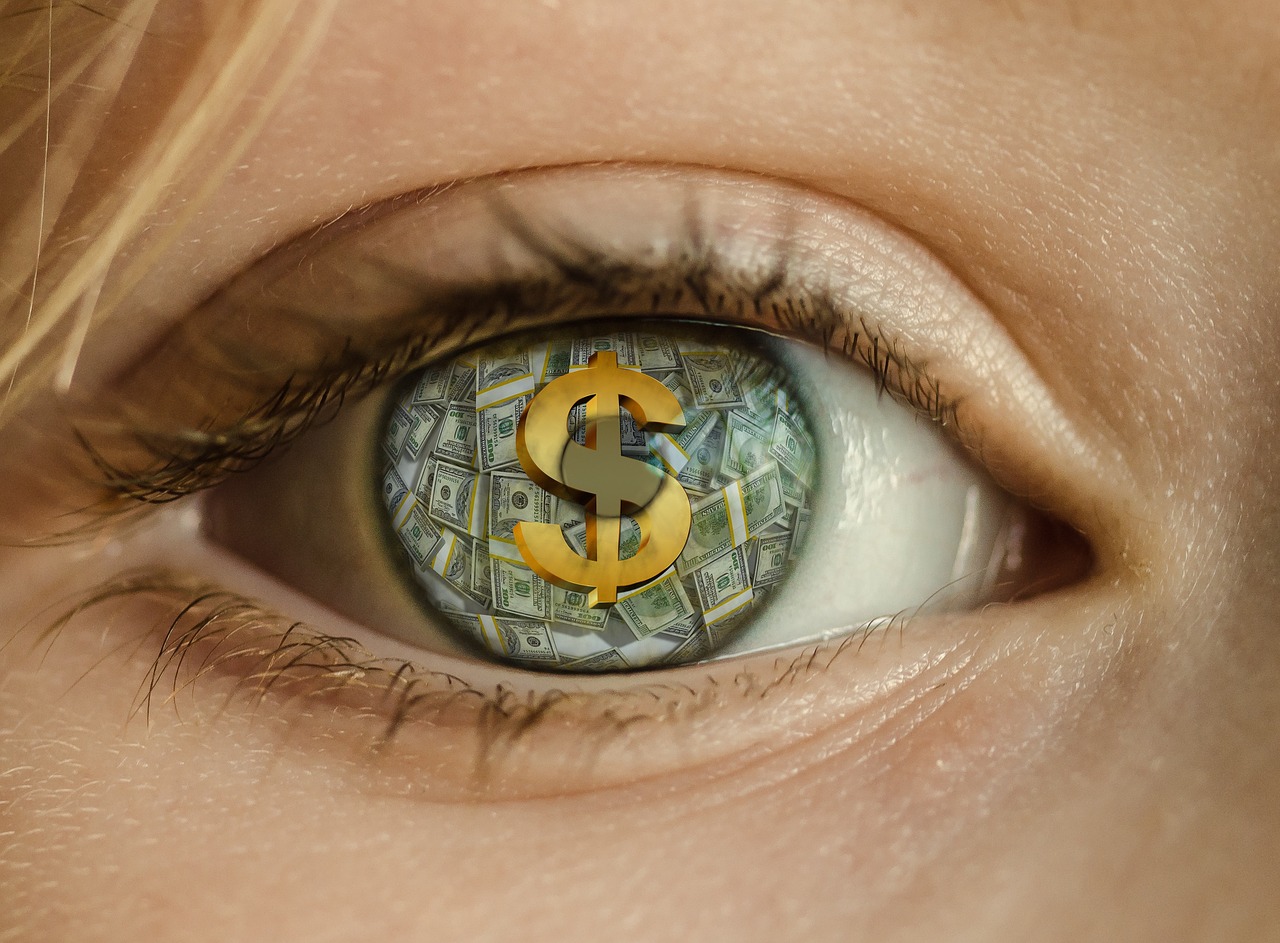 How in God’s name to get out of this manic cul-de-sac? Answer: you must want to get out. That’s the precondition of all freedom. One must want it. One must love what it offers, uncertainties and all, more than one loves one’s slavery. But the puppet master quite obviously doesn’t want you to want to get out. He wants you to continue to buy-into his little game of domestic and digital distractions. He wants his empire and its occupants, to be largely robotic; 5G driven and mindless.

Now, draw back. Listen. Just around the corner is the ‘cashless society’, according to the cabal’s blueprint. If and when that little objective is put in place we will have to admit to having capitulated to becoming an instrument of a 100% surveillance coup which leaves no recourse to daily survival other than a piece of digitally primed traceable plastic or RFID chip under the skin.

Let’s not let it get that far shall we? Let’s take the steps today that will keep freedom alive tomorrow. One by one you can wean yourself off all the convenience items you adopted to make surviving in the rat-race that little bit more..err..’comfortable’.

On one level it’s quite simple: you don’t want 5G scrambling your DNA? Give up the cell phone. You don’t want sterile, denatured, genetically modified and irradiated food busting your immune system? Give up the stupor-market. You don’t want big banks stealing your money? Give-up big banking. You don’t want Covid? Give up being afraid of life and give-up your mask. You don’t want to be permanently under the cosh of arrogant technocrats? So say “No” to those bully-boy fake authority figures. “I do not consent.”

Give it all up. Give your support instead to down to earth decentralized life affirmative alternatives. They exist, in embryonic forms and will flourish once a critical mass joins-up. Once you have started down this road you have shifted from being an “it’s them!” accusative in-activist, into an “it’s us” self-assertive activist. Now that’s real. Once tens of thousands – in each country – get on the same trajectory, the Big Brother blueprint starts to wobble. Once tens of millions take up the challenge, the globalist agenda starts to pale. Once that wave becomes a surfer’s dream, the Great Reset becomes the Great Reject.

We the people have made the only move that really matters: taking control of our destinies and choosing to support people friendly enterprises that are already demonstrating that a whole other range of ‘life positive’ initiatives exist and are just waiting to be built upon.

In order to finally pull the rug out from under the feet of our oppressors we have to recognize ourselves as the real actors – as people taking charge. Psychologically we must overcome victim-hood and develop faith in our creative abilities. 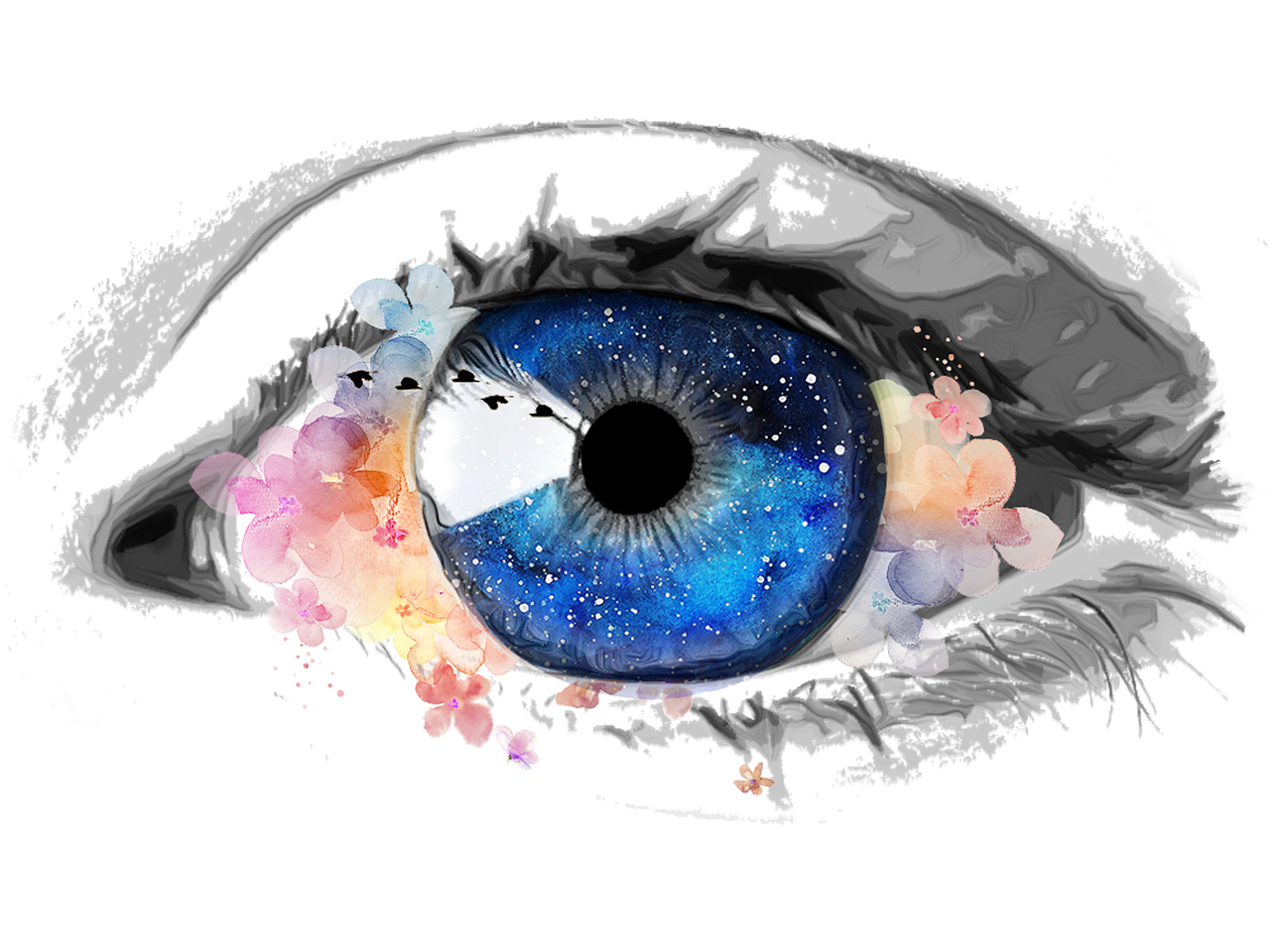 The great majority of national and international political assemblies that orchestrate the ways of the world, have been exposed as immeasurably corrupted. Giant institutions like the UN, WHO, WEF (World Economic Forum) are hornets’ nests of corrupted self-interest and speculative financial wheeler-dealing. Vast global financial institutions like the WTO, IMF and World Bank are just geopolitical hegemonic levers and money laundering exercises.  Add it all together and where else is there left to go other than right back home, to reactivate and fiercely defend your indigenous local resource base. The place which is your immediate point of reference and hub around which your daily life revolves. That is where the revolution starts.

The gardens, parkland, orchards, bees, allotments, renewable energy schemes, artisan skills, all micro elements that when joined together give a community some form of genuine sovereignty, self-sufficiency and excitement. 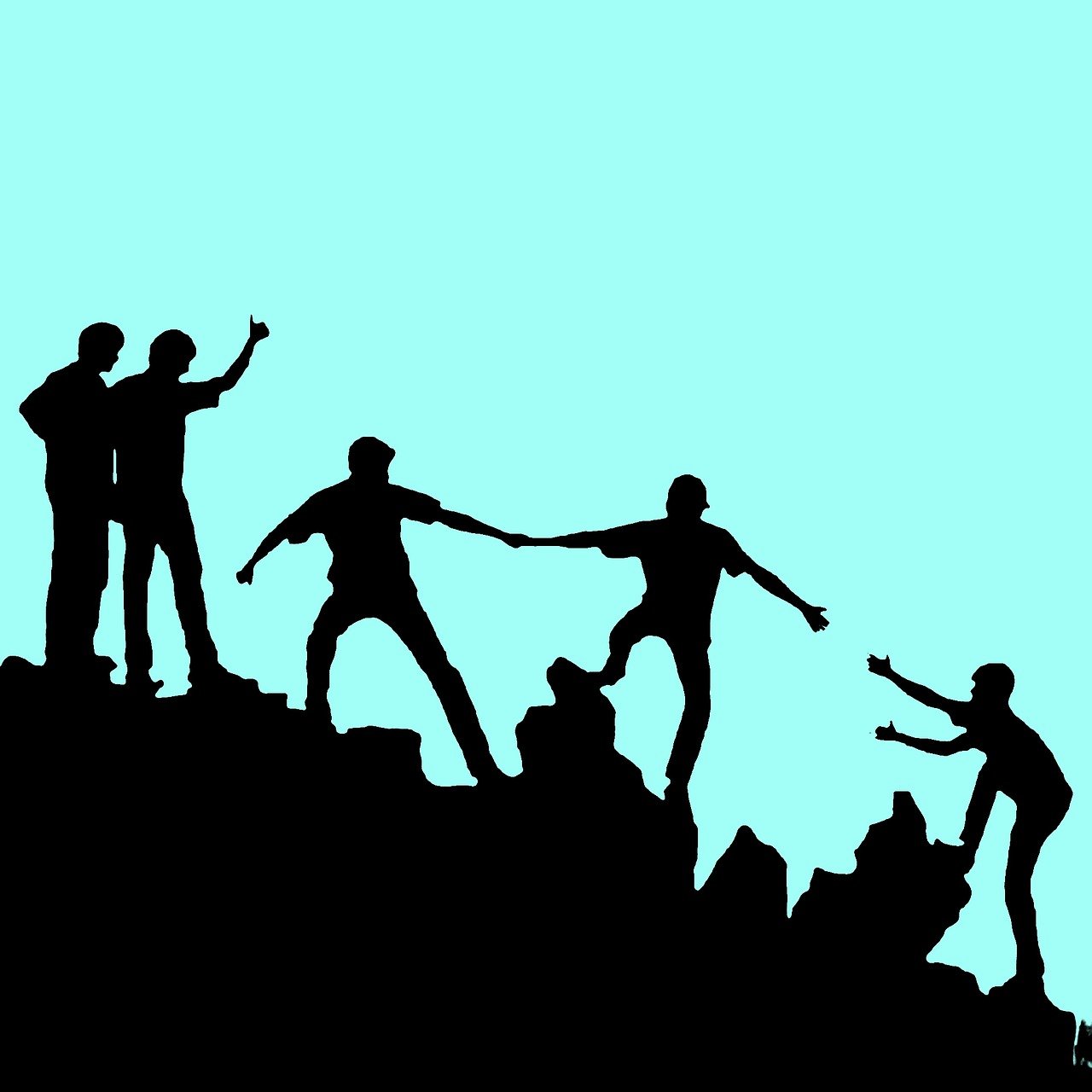 As much as we might not wish to recognize it, the world of the Great Reset is best counteracted by the revivification of our immediate neighbourhoods. Those still non-digitalized, human scale places of shared endeavour where one can rebuild the true connections without which life becomes intolerable. Vital connections that form the most fundamental antidote to the collapse of community and natural intimacy; irreplaceable qualities deliberately crushed by the anti-life ambitions of the master puppeteer and his less than human cabal.

You want to break the puppet master’s grip on your life?

Yes? Then heal this severance. Make life whole again. Be life affirmative. The new humanity affirms life over death. And that affirmation starts here, right in our back yards.

Julian Rose is an early pioneer of UK organic farming, writer, international activist, entrepreneur and holistic teacher. His latest book ‘Overcoming the Robotic Mind – Why Humanity Must Come Through’ is particularly prescient reading for this time: see www.julianrose.info