Lockdowns: The Biggest Public Health Mistake Ever Made 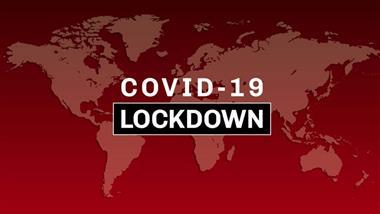 Lockdowns: The Biggest Public Health Mistake Ever Made?

Global lockdowns were ostensibly initiated to protect the general public and “flatten the curve” of COVID-19 infections. Yet, experts agree that this policy may well have been one of the biggest public health mistakes ever made.1

Public health is a system designed to promote health, prevent disease and encourage healthy behaviors. The goal is to encourage proper medical care and healthy efforts through the implementation of policies and programs.

In a paper published in the American Journal of Public Health2 in 2009, the authors offered evidence that public health policies have a significant effect on health, citing changes in seat belt laws, workplace health and safety and public tobacco use that have significantly affected health outcomes.

The health of communities is highly influenced by these policies, which governments use to help prevent obesity, control infectious disease, provide clean air and water and more. Yet, in the past year, it has become apparent that public health policies have moved away from evidence-based decision-making and are being driven by another agenda.

Experts Call Lockdowns the Biggest Health Mistake Ever Made

In an interview with Daily Clout, Dr. Jay Bhattacharya declared that the COVID-19 lockdowns may well be remembered as the “single worst public health mistake” in the last 100 years.3 The full interview is found inside the Daily Clout membership area. Bhattacharya also emailed a journalist from Newsweek about his interview, reiterating his statements:4

“I stand behind my comment that the lockdowns are the single worst public health mistake in the last 100 years. We will be counting the catastrophic health and psychological harms, imposed on nearly every poor person on the face of the earth, for a generation.

At the same time, they have not served to control the epidemic in the places where they have been most vigorously imposed. In the U.S., they have — at best — protected the “non-essential” class from COVID, while exposing the essential working class to the disease. The lockdowns are trickle-down epidemiology.”

During the interview, Bhattacharya indicated that his belief and subsequent work on the Great Barrington Declaration5 was a product of two basic facts.6

“One is that people who are older have a much higher risk from dying from COVID than people who are younger … and that’s a really important fact because we know who is most vulnerable, it’s people that are older.

So the first plank of the Great Barrington Declaration: let’s protect the vulnerable. The other idea is that the lockdowns themselves impose great harm on people. Lockdowns are not a natural normal way to live.”

He goes further into the explanation in an open letter published November 25, 2020, on the website.7The Great Barrington Declaration calls for “focused protection” and finding a middle ground between locking down an entire economy and just “letting it rip.”

In addition, the declaration is open for public signatures and has collected over 758,500 from concerned citizens from around the world. The website allows you to read and sign the declaration, answers many frequently asked questions, shares the science behind the recommendations and explains how the declaration was written.

In 2019, before the pandemic, the World Health Organization published a document on nonpharmaceutical public health measures to mitigate the impact of epidemic and pandemic influenza, another potentially deadly respiratory illness. They clearly state, “there is a very low overall quality of evidence that workplace measures and closures reduce influenza transmission.”9

In the past months, scientists have learned more about the SARS-CoV-2 virus and many teams have analyzed the impact that lockdowns may or may not have had on the spread of the virus and the economy in several countries.

A paper published by the University of Bristol, U.K., in June 2020, found that the distribution of infections was on the decline, even before the U.K. had instituted lockdowns.10 The paper does not take into account the expected “second-wave” in the fall, but it is apparent from their analysis that infection rates were on the decline during the summer months well before fall.

A second paper,11 also published by U.K. scientists, found that closing schools and prohibiting mass gatherings may have helped to lower the incidence. However, stay-at-home orders and mask-wearing in public “was not associated with any independent additional impact.”

In New Zealand, communities were under a level 4 lockdown, which cost the country at least $10 billion.12 Using empirical data and comparing the numbers against areas in the U.S. that were practicing only social distancing at the time, one analysis found that lockdowns did not reduce the number of deaths and the ineffectiveness triggered large economic losses with little benefit for New Zealand.

In an analysis13 of nonpharmaceutical interventions, including business closures and mandatory stay-at-home orders in 10 countries, researchers found “no clear, significant beneficial effect” in countries using more restrictive policies as compared to those with less restrictive policies.

In a paper14 by psychologist Oliver Robinson, Ph.D., from the University of Greenwich, London, he found less restrictive nonpharmaceutical measures had a similar effect as lockdowns.

Psychological research also suggested lockdowns could exacerbate stressors, and were strong predictors of becoming sick when exposed to a respiratory virus. Additionally, “the extremely high financial cost of lockdowns may have negative implications for overall population health in terms of diminished resources for other health issues.”15

This has only been the tip of the iceberg in the cost-benefit evaluation researchers have completed in the past months analyzing the overall impact lockdowns have had on society. In August 2020, researchers from the U.K.16 looked at the cost of the lockdown to the country.

They evaluated quality-adjusted life years, COVID-19 mortality and comorbidity rates and an economic cost as a percentage of loss against the Gross Domestic Product (GDP). What they found was the average age at death and life expectancy loss for non-COVID-19 and COVID-19 deaths differed by less than two years.

Their results suggested “that the costs of continuing severe restrictions are so great relative to likely benefits in lives saved that a rapid easing in restrictions is now warranted.”17

In Israel, researchers estimated18 the lockdown would save an average of 274 lives in the country as compared to testing, tracing and isolating those who are sick. The analysis also estimated the incremental cost-effectiveness ratio was an average of $45,104,156 to prevent one death.

The lockdowns and policy changes have also affected treatment for other health problems, such as heart disease, diabetes and cancer.19 This public health policy has come at a high cost, which society will be paying for years in treating physical and mental health conditions.

Should the Government Outlaw Sugar, Tobacco and Alcohol?

Of course, it does sound funny to describe a cost-benefit analysis, which ultimately places a price on life and death. Even so, it is difficult to accurately ascertain the number of deaths that can legitimately be attributed to COVID-19, since the public numbers are skewed.

According to a peer-reviewed study20,21 in October 2020 by the Public Health Policy Initiative of the Institute for Pure and Applied Knowledge, the CDC has inflated the mortality statistics by 1,670%.

The report offers a sobering reality check of the true mortality numbers that can be attributed to COVID-19 infection. Although some self-appointed internet “fact” checkers claim this study is mistaken, the numbers speak for themselves. For example, on page 20, there’s a graph that compares the fatalities based on the CDC’s current illegal reporting guidelines against the fatality count had they continued using guidelines that have been in use for the past 17 years.

It is apparent from these numbers, whether you compare the leading causes of death in 2019 to the inflated numbers from the CDC, or to those using the traditional guidelines, heart disease, cancer and diabetes still cause significantly more deaths than COVID-19.

‘Mass Delusional Psychosis’ May Be the Root of Public Fear

Just one year ago, you likely would have rebelled against being told you had to stay at home, forgo meeting with friends and give up eating at restaurants. But within the past 12 months, those limitations have become commonplace, and many have accepted the mandates as part of their daily lives.

Many mental health experts have publicly expressed concerns over the blatant fear and panic mongering that has occurred during the COVID-19 pandemic. They warn about the psychiatric effectsthat adults and children experience, which likely have long-term consequences.

The mask mandates, inaccurate reporting of deaths and COVID “cases” and the media attention on all things COVID-19 with the expressed negligence covering rising suicide rates and opioid overdoses,23,24 have led to what Florida journalist S.G. Cheah characterizes as mass insanity caused by “delusional fear of COVID-19.”25

Cheah refers to lectures and articles by a psychiatrist and medical-legal expert Dr. Mark McDonald26is a board-certified child and adolescent psychiatrist who believes “the true public health crisis lies in the widespread fear which morphed and evolved into a form of mass delusional psychosis.” Cheah continues:

“Even when the statistics point to the extremely low fatality rate among children and young adults (measuring 0.002% at age 10 and 0.01% at 25),27 the young and the healthy are still terrorized by the chokehold of irrational fear when faced with the coronavirus.”

The first step in overcoming the fear and delusion surrounding the COVID-19 pandemic is a fuller understanding of how it’s being perpetuated, as discussed in “The World Is Suffering From Mass Delusional Psychosis,” and recognizing some of the significant collateral damage that has occurred as shared in “Public Health Officials Are Lying About Lockdowns.”

Armed with this knowledge, you are better able to make decisions about your safety and the safety of your family. Moving forward it’s important to remember to protect those who are at the highest risk of severe disease and death, including nursing home residents, hospitalized patients, people over 70 and those living in crowded institutions such as homeless shelters and prisons.

In these cases, infectious control strategies are warranted. Yet, as has been demonstrated by research evidence and the knowledge of tens of thousands of medical experts who have signed the Great Barrington Declaration,28 the rest of the population can and should go back to normal.

Unfortunately, masks have become a signal of virtue, with the idea that wearing them will help to protect yourself and the surrounding population. This is not a virtuous action and is perpetuated by fear. Fear is never helpful and never virtuous.

Consider sharing information from independent journalists, scientific evidence and the Great Barrington Declaration as a means of helping others to reduce their fear and panic over an infectious process that has not claimed nearly as many lives as the public has been led to believe.