Me, Me, Me… The Neurotic Satisfactions of the Selfie Generation 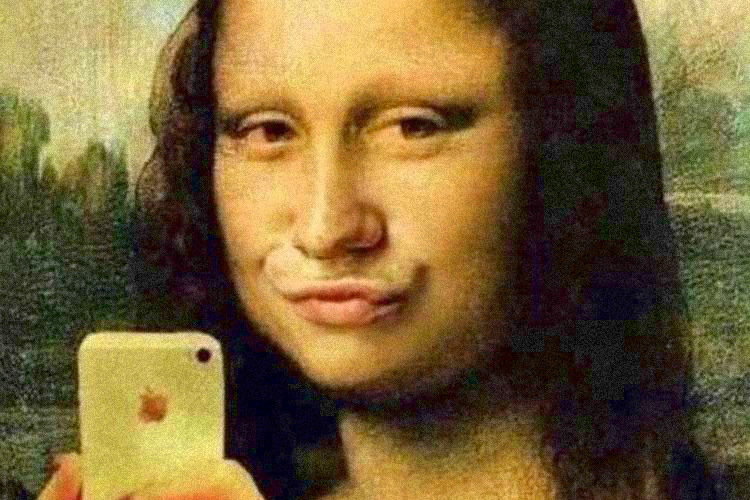 The Neurotic Satisfactions of the Selfie Generation

We humans are rather curious creatures, I’ll admit. So many sides to our nature, so many colours to our emotions, so many journeys of our imaginations. But the question must arise, do we learn any more about these traits by making ourselves the perpetual object of our own fascination?

One would certainly assume so based upon the cult of the ‘selfie’ which rages around the world at this particular juncture of human evolution. I am tempted to say ‘devolution’, but going backwards would at least stand the chance of putting us in touch with something tangible, earthy even – whereas to live life as a virtual reality experience with one’s own photographic image as the central point of attraction – fails to provoke my sense of admiration for the human race.

The cult of the selfie has gone so far that reports are now emerging that addicts often put themselves in positions of real danger in order to get the perfect shot. A number have already died as a result of the dare-devil approach to getting the perfect selfie.

If I was to take a relaxed and laid-back view of all this, I might say “OK, sure, we all need to get our kicks in some form or other, just let it be – let people have fun with their cameras on poles; apart from the excesses we hear about it’s pretty harmless fun isn’t it?”

It would be simple enough to go along with such a prognosis were it not for the fact that the whole thing is surely telling us something more than just what the crazy craze of the moment is. It is telling us something quite profound about an advanced preoccupation with superficiality per se. A kind of ego flattering sport whose popularity has presently reached the point of pandemic.

Whatever the cause, its ubiquitous nature is undeniable and has added yet more techno baggage to the 21st century tourist’s arsenal of seemingly indispensable smart gizmos. If one isn’t squinting into the illuminated screen of a smart phone while walking through a beautiful landscape, one is posing against the same background smiling cheesily for a selfie. While a discourse with nature herself, the source of all our deepest and most practical needs, is shunned. Left out of the picture, except to the extent that she forms the backdrop to the vanity inflated self.

Here lies a clue to this infliction. Modern day living has contrived to be a virtual reality form of existence, one which has alienated human beings from their roots. The ability to find a deep appreciation for beauty, quiet and the actual power of landscape has been smothered by an electro-smog of self-satisfying surface pursuits; the sum total of which have formed a veritable barrier against true instincts, perceptions and genuinely life satisfying experiences.

This is a dangerous state of affairs, because we need these qualities to be at the forefront of our daily lives in order to gain/regain a true sense of equilibrium and balance. To find in ourselves that which gives us the courage and vision we need to negotiate and ultimately to vanquish the miasma of deceptions, twisted truths and outright lies legion at this time.

Those who feel the necessity to surround themselves with stimulants for the nourishment of their superficial selves cannot resist slavery to the controlling powers that be. Cannot resist becoming pawns to the carefully planned sales promotions that make such people feel they ‘must have’ the latest, most advanced, most essential addition to the range. It is an addiction which includes uncritical acceptance of the disinformation that forms the great majority of what appears on mainstream television, newspapers, glossy journals and all channels of communication that maintain a wall of conscious-blocking visual and printed fake news and views 24/7.

It’s only a small step from here to open armed acceptance of life in a ‘Smart City’. A life where electromagnetic microwaves come with the very air you breathe. No choice. A place where ‘being monitored’ and ‘monitoring’ form a framework around the chief activities of the day – and no doubt night. A place designed and built for technology addicts, one might surmise – but actually a sinister prison camp for the imposition of a cyborgian programme of control.

It’s a place where no trees will be present because they interrupt the 5G signals which are the controlling motor of everything that happens in this arid world of concrete, glass and microwave radiation. Woe betide you if you should lose your personal chip which gives access to everything you need including your own self autonomous self-driving car and the ability to unlock the front door of your home. In a smart city, should you lose or destroy your chip, permission will have to be sought from Big Brother to get back into your house, turn on the lights and open the refrigerator.

The ‘internet of everything’ which is to be the techno-hub of the 5G Smart City, ensures citizens cannot act outside the authority of the centralised computer master control.

Orwellian fantasy? No, already existing reality in its first stages.

But all this will, I presume be a source of frisson to those who willingly accept a fate controlled by anyone other than themselves. Who find such a techno-psychotic existence a direct extension of their fascination with all that comes under the word ‘superficial’. And that brings us full circle back to the exponents of narcissistic selfies, who roam the world with camera triggered extension pods so as to photograph themselves against exotic backgrounds and famous works of architecture as though they were just empty cut-outs for a theatre set.  After all, for selfie exponents, the only thing of real importance is themselves.

It is a remarkable seductive trait that leads to the entrapment of the spirit and soul of man. The master stroke in all this is that it all appears to be oh so normal – and those who do not conform are regarded with incredulity and relegated to the old pastures’ rare breeds museum for special research into their strange individualistic traits.

The rare breeds, however, turn out to have strong genes and resistant immune systems. They never abandoned nature in favour of the arid virtual 5G powered smart-scape.  Instead they organised resistance and were supported by energies that were not recognised or understood by adherents of the smart-scape.

They kept alive the torch of justice and truth and they grew in number in spite of the dystopian landscape around them. They retained the collective name ‘humanity’ and the warm feelings that underpin that name – the state we call ‘human’. And in the course of time, they came to nurture back to health the planet that nourished them and to rescue those drowning in the narcissistic electro- magnetic soup of their naive choosing. They heeded the cries of desperation of these prisoners – to find a way back out of their oh so ordinary self-imposed toxic prison. It was only the irredeemable selfie who never made it back to real life. The rest experienced the flowering of a self they never knew existed. An unselfish self.

How successfully this unselfish self had been kept at bay by the distractions and fakery of the now defunct soulless smart-scapes of yesteryear. As has been noted many times over the millennia, the only real learning is learning by experience.

Julian Roseis an international activist, writer, organic farming pioneer and actor.  In 1987 and 1998, he led a campaign that saved unpasteurised milk from being banned in the UK; and, with Jadwiga Lopata, a ‘Say No to GMO’ campaign in Poland which led to a national ban of GM seeds and plants in that country in 2006. Julian is currently campaigning to ‘Stop 5G’ WiFi. He is the author of two acclaimed titles: Changing Course for Life and In Defence of Life. His latest book ‘Overcoming the Robotic Mind’ is now available from Amazon and Dixi Books. Julian is a long time exponent of yoga/meditation. See his web site for more information www.julianrose.info

My book is available at bookstores and on Amazon. Please see links below: