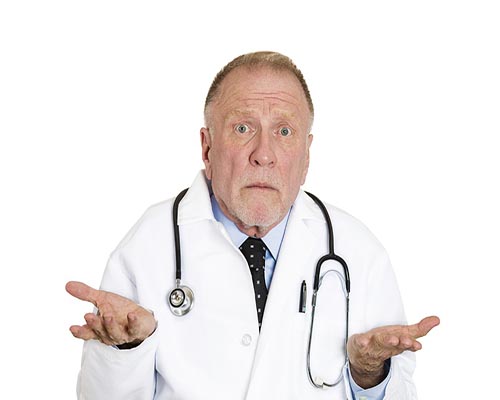 There exists a general belief among the public that medical doctors are “experts” with regard to vaccines. Newspaper and magazine articles and medical and public health websites frequently advise that, when it comes to vaccination, people should “consult your doctor.“ [1], [2], [3], [4] The counsel is the equivalent of the “ask your doctor” to which TV viewers have grown accustomed to hearing at the conclusion of advertisements for prescription drugs.

The underlying assumption is that doctors have received considerable vaccine education and training when they attended medical school—so much, in fact, that they merit the public’s belief that they are indeed experts on the subject and that they can be trusted to provide accurate, scientifically based information. But is it right to assume that is true? Do medical school students learn a lot about vaccine science, history, and ethics?

According to many doctors, medical schools teach almost nothing about vaccines, other than the federally recommended schedule of when they are to be given and that vaccines are “safe and effective.” [5] In other words, it resembles more indoctrination than education. As Suzanne Humphries has noted, “We are indoctrinated with the mantra that ‘vaccines are safe and effective’…”

An article titled “Doctors Are No Experts on Vaccines” published last year in The Vaccine Reaction highlighted the four-year curriculum for University of Texas Southwestern Medical Center and found only one brief reference to “vaccines” or “vaccination,” and that was under the course on Immunology during the first year. [5] It read:

Nothing more was mentioned about vaccines or vaccination within the course descriptions throughout the second, third and fourth years of the University of Texas Southwestern Medical Center’s curriculum. So the question is, “Is the four-year curriculum at medical schools in the United States fairly standard, or does it vary from school to school?”

According to Larry Palevsky, MD, “All the information that I was taught was pretty standard in all the medical schools and the teachings and scientific literature throughout the country.” [6]

The existence of the Association of American Medical Colleges (AAMC), which consists of “all 145 accredited U.S. and 17 accredited Canadian medical schools; nearly 400 major teaching hospitals and health systems, including 51 Department of Veterans Affairs medical centers; and more than 80 academic societies,” would certainly suggest that Dr. Palevsky’s recollection is correct and that there is at least some standardization in medical education curriculums in North America. [7]

One of the primary services the AAMC provides is the Curriculum Inventory and Reports (CIR), described as the “premier benchmarking and reporting tool on content, structure, delivery, and assessment of medical school curricula.” [8]

A random selection of different curriculums at leading medical schools in the U.S. clearly shows there little or no mention of vaccines or vaccination. There are certainly no dedicated courses on the vaccine science. Take Harvard University, for example, which ranked as the best medical school in the U.S. for research. [9]

If the University of Texas Southwestern Medical Center’s curriculum is any indication, whatever is taught about vaccines and vaccination in Harvard’s curriculum is done within the Immunology, Microbiology & Pathology course. The second year of Harvard’s medical school curriculum includes courses in Human Systems; Human Development; Psychopathology & Introduction to Clinical Psychiatry; and Patient-Doctor II. [10]

If you search through the curriculums of dozens of other medical schools in the U.S., you find that there is not much variation from those mentioned above. Vaccines and vaccination are simply not featured prominently in American medical school curriculums. Thus, it’s hard to grasp the idea that medical doctors are authoritative sources of knowledge and wisdom when it comes to vaccine safety and effectiveness.

Perhaps pediatrician Bob Sears, MD best sums it up when he said,

Doctors, myself included, learn a lot about diseases in medical school, but we learn very little about vaccines… So when patients want a little more information about shots, all we can really say as doctors is that the diseases are bad and the shots are good. But we don’t know enough to answer all of your detailed questions about vaccines, nor do we have the time during a regular health check up to thoroughly discuss and debate the pros and cons of vaccines. [12]

This is not what the public has been led to believe, and it does not inspire confidence in the often-repeated phrase “consult your doctor.”

Read the full article at TheVaccineReaction.org Canadian physician Dr. Andrew Moulden provided clear scientific evidence to prove that every dose of vaccine given to a child or an adult produces harm. The truth that he uncovered was rejected by the conventional medical system and the pharmaceutical industry. Nevertheless, his warning and his message to America remains as a solid legacy of the man who stood up against big pharma and their program to vaccinate every person on the Earth.

Dr. Moulden died unexpectedly in November of 2013 at age 49.

Because of the strong opposition from big pharma concerning Dr. Moulden’s research, we became concerned that the name of this brilliant researcher and his life’s work had nearly been deleted from the internet. His reputation was being disparaged, and his message of warning and hope was being distorted and buried without a tombstone. This book summarizes his teaching and is a must-read for everyone who wants to learn the “other-side” of the vaccine debate that the mainstream media routinely censors.

on your mobile device! One of the biggest myths being propagated in the compliant mainstream media today is that doctors are either pro-vaccine or anti-vaccine, and that the anti-vaccine doctors are all “quacks.”

However, nothing could be further from the truth in the vaccine debate. Doctors are not unified at all on their positions regarding “the science” of vaccines, nor are they unified in the position of removing informed consent to a medical procedure like vaccines.

The two most extreme positions are those doctors who are 100% against vaccines and do not administer them at all, and those doctors that believe that ALL vaccines are safe and effective for ALL people, ALL the time, by force if necessary.

Very few doctors fall into either of these two extremist positions, and yet it is the extreme pro-vaccine position that is presented by the U.S. Government and mainstream media as being the dominant position of the medical field.

In between these two extreme views, however, is where the vast majority of doctors practicing today would probably categorize their position. Many doctors who consider themselves “pro-vaccine,” for example, do not believe that every single vaccine is appropriate for every single individual.

Many doctors recommend a “delayed” vaccine schedule for some patients, and not always the recommended one-size-fits-all CDC childhood schedule. Other doctors choose to recommend vaccines based on the actual science and merit of each vaccine, recommending some, while determining that others are not worth the risk for children, such as the suspect seasonal flu shot.

These doctors who do not hold extreme positions would be opposed to government-mandated vaccinations and the removal of all parental exemptions.

In this eBook, I am going to summarize the many doctors today who do not take the most extremist pro-vaccine position, which is probably not held by very many doctors at all, in spite of what the pharmaceutical industry, the federal government, and the mainstream media would like the public to believe.