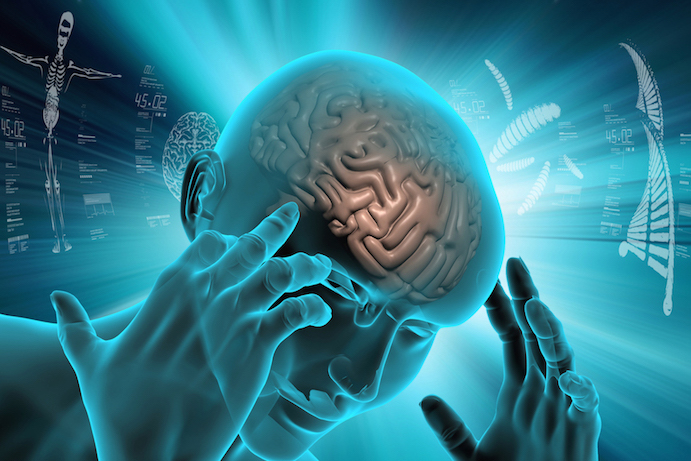 If you look at most ‘masters’ in the field of meditation, a common theme that currently exists is a big misconception about meditation, that it has to be done a certain way, that you have to sit a specific way or do something in particular in order to reap the benefits. These masters will be the first to tell you that it doesn’t have to be one specific way.

That being said, many spiritual groups, like certain monks for example, are taught different types of meditation in several different ways, so really, there’s no correct way to meditate, and the process of connecting with one’s higher self and quieting the mind can be done in multiple ways and practiced at various levels.

When meditating, one shouldn’t try to “empty” their mind, but instead, try to let ones thoughts, feelings, and whatever emotions end up ‘popping’ in there, pop in there. There should be no resistance to thoughts, no judgement of them. Simply let them be, don’t attach to them and just be at peace with it. You’re not doing anything wrong, just focus on your breath.

Personally, I believe that meditation is a state of being more than anything else.  Throughout the day, one can resist judging their thoughts, letting them flow until they are no more, or just be in a constant state of peace and self awareness. Contrary to popular belief, you can meditate anywhere, it can be done before bed, in the shower, while you are going for a walk, or even while washing the dishes.

That being said, I do also believe, speaking from my experience, that sitting down and doing the proper breath work and being present is a slightly different method and can sometimes create a more powerful experience, but there seems to be different variations of the exact same thing.

What’s interesting about meditation is the fact that it’s been practiced for thousands of years, and several ancient cultures were well aware of not only the non-physical benefits but its physical benefits as well, something modern day science is just starting to discover.

One of the most recent studies has found that different types of meditation can actually effect different areas of the brain.

As Alice G. Walton, a writer for Forbes points out,

“Meditation and mindfulness training have accumulated some impressive evidence, suggesting that the practices can change not only the structure and function of the brain, but also our behaviour and moment-to-moment experience.”

She is correct, probably even more so than she knows. The evidence showing just how strong the mind-body connection is can actually be overwhelming. In fact, studies in the field of parapsychology have just as much, if not more, statistical significance via peer-reviewed research than the science which has been published to approve several different drugs, like antiplatelets, or the science that shows a daily dose of aspirin can help prevent a heart attack. It was published in 1999, by a statistics professor at UC Irvine.

This new study, which was recently published by the Max Planck Institute found that three different types of meditation are associated to changes in corresponding brain regions.

Watson goes on to explain,

“Participants, who were between 20 and 55 years of age, engaged in three different types of training for three months each, totalling a nine-month study period. The first training was dubbed the “Presence” module, and was very similar to focused awareness meditation, an ancient practice that’s been studied a lot in recent years. In this study, participants learned to focus their attention, brining it back when it wandered, and to attend to the breath and to their internal body sensations.”

The last one was called the “Perspective” module, where the focus was simply to observe one’s own thoughts without judgement, while enhancing their understanding towards the perspectives of other people.

The researchers hypothesized that these methods would lead to volume increases in corresponding parts of the brain.  Numerous studies have proven the many physiological benefits of meditation, and the latest one comes from Harvard University of a study conducted by Harvard researchers at Massachusetts General Hospital (MGH)  who determined that meditation literally rebuilds the brain’s grey matter in just eight weeks. It’s the very first study to document that meditation produces changes in grey matter over time.

This recent study found the same thing, and they discovered that when they scanned the participants’ brains at the end of each module and then compared the groups against one another:

“Training in Presence was linked to enhanced thickness in the anterior prefrontal cortex (PFC) and the anterior cingulate cortex (ACC), which are known to be strongly involved in attention. Affect training was linked to increased thickness in regions known to be involved in socially driven emotions like empathy: and Perspective training associated with changes in areas involved in understanding the mental states of others, and, interestingly, inhibiting the perspective of oneself.”

These results further elaborate on a wealth of previous studies showing what meditation can do to the brain.

Walton goes on to emphasize,

“Lots of research has found that experienced meditators have significantly altered brain structure and function, but a growing number of studies has also found that relatively brief meditation training in novices (for instance, the well-known eight-week MBSR program) can also shift brain function, improve well-being, and reduce symptoms of depression and anxiety.”

The authors of the study mention:

“With growing globalization, interconnectedness, and complexity of our societies, ‘soft skills’ have become increasingly important…Social competences, such as empathy, compassion, and taking the perspective of another person, allow for a better understanding of others’ feelings and different beliefs and are crucial for successful cooperation.”

Why This Is Relevant & Important

Imagine if this type of practice became a requirement of multiple school boards, what do you think would happen? For most of us, since the day we are born we’re all encouraged to follow the same path, and one of those paths is spending a large portion of our lives, for many years, for the entire day, at school. Then, as we age into adults, we do the same thing with ‘work.’ This type of human experience is far from natural, which is why I believe it to be one of the reasons (out of many) that stress, diseases, and mental health issues, among other rates, continue to rise exponentially.

While going through this process, we’re never really taught how to question the experience, we simply comply and are never really taught any sort of emotional education, at all. We don’t learn to deal with our emotions, we don’t learn about empathy, compassion, and stepping into another persons shoes… We’re not really taught what we are naturally gifted with from birth. It’s our empathy and compassion, our concern for others that makes human beings so special, but growing up, we don’t really talk about these things.

The world is changing in many different ways, and awareness about this kind of practice is spreading around like it never has before. Multiple schools are incorporating mindfulness education into their programs, and many parents from my generation are also incorporating these important concepts into their child’s development.

This is great to see, and as time unfolds, the more we tap into non-physical science and its tremendous benefits, the more we will speed up the changes that are so desperately needed on our planet right now.

Scientists Demonstrate What Meditation Does To Your Gut & Your Brain

Study Outlines What Prayer, Meditation & Yoga Can Do To The Human Body

This is How Powerful The Mind/Body Connection Really Is

How To Meditate: 6 Method That Can Get Anyone Meditating