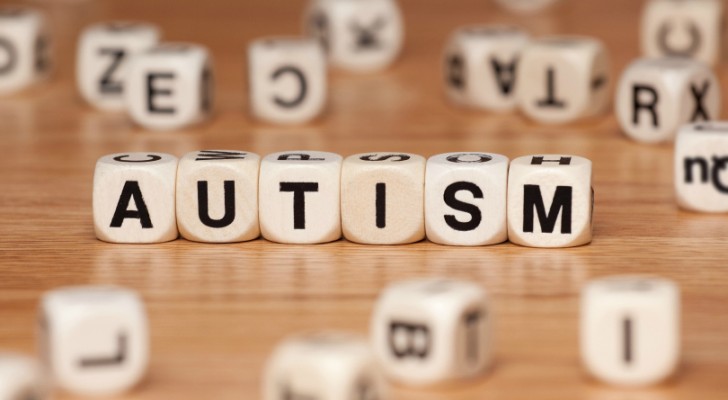 When it comes to Monsanto’s glyphosate and other commonly used pesticides (as well as other environmental toxins), the science linking them to possible causes of autism (among many other diseases like Alzheimer’s and cancer) seems to be irrefutable and abundant. You can read more about that here:

Scientists Link Autism To These Toxic Chemicals During Fetal Development

Furthermore, we’ve had statements made from scientists who’ve had long careers with vaccine manufactures, pharmaceutical companies and  health organizations like the CDC. We also have documents that indicate scientific fraud and manipulation of data when it comes to the adverse affects of vaccinations.(1)  Many examples of “funny business” within the food industry are also making their way into the public domain  when it comes to the role of GMO’s and pesticides regarding their link with various diseases. One example (out of many) is the fact that after a study was published showing that two Monsanto products, a genetically modified (GM) maize and Roundup herbicide were linked to cancer, kidney and liver damage, the journal that published the study appointed a former Monsanto scientist to decide which papers on GM foods and crops should be published. The study was then retracted, but has been republished in another journal since. (2) You can read more about (and view) this studyHERE.

One thing we now know for sure is that the development of autism goes far beyond genetics.

The research suggesting that vaccines and glyphosate could possibly play a role in autism comes from various peer-reviewed scientific journals as well as independent research conducted by renowned scientists from all over the world. One of those scientists is Dr. Stephanie Seneff. This article will  focus mostly on her views regarding the connection between aluminum containing vaccines and autism. Information regarding autism and pesticides are linked in two articles above after the first paragraph.

Dr Seneff is a Senior Research Scientist at the MIT Computer Science and Artificial Intelligence Laboratory. In recent years her research has focused specifically on biology, nutrition and health. Within the past three years alone she has written over a dozen papers in multiple medical and health related journals touching upon many modern day diseases such as Alzheimer’s disease and autism (among others). (3)

In North America alone, millions of doses of vaccines are administered to children every year. Various chemicals are added to the vaccines as preservatives, and theses chemical additives have been responsible for stirring up quite the controversy, especially within the past couple of years. One common substance found in vaccines is aluminum.

A paper published by Dr. Seneff in 2012 argues that severe adverse reactions to the chemicals (like aluminum) within vaccines can be associated with life threatening conditions that are associated with the heart and brain. The paper goes on to argue that there is a relationship between autism and acute adverse reactions to vaccinations.  Dr Seneff is not claiming that vaccines cause autism, she is simply claiming that children could be vulnerable to an acute reaction to an aluminum adjuvanted vaccine, which could cause neuronal damage. (4)

The study also outlines how autism is associated with elevated levels of nitrate in the blood stream, and that aluminum likely plays a role in in the excess nitrate production. Furthermore, the study shows how abnormally high levels of aluminum were recently found in hair analyses of over half of 34 autistic children that were analyzed. Another important factor mentioned in her research is that autism is associated with abnormal immune function, and this (she argues) is enhanced by aluminum adjuvants in vaccines. (4)

In summary, the paper argues that autism develops as a result of a deficiency in the supply of cholesterol sulfate to stabilize the colloidal suspension system of the blood. Cholesterol sulfate supply is maintained by nitrate levels  “acting in the epidermis, the endothelium, and the suspended blood cells, and that it requires the substrates cholesterol and sulfur, as well as sunlight, to provide the necessary activation energy for the reaction.” (4)  Vaccines come into the picture because:

“Aluminum-containing vaccines are problematic, not only because aluminum causes eNOS to switch from sulfate to nitric oxide production, but also because aluminum can induce necrosis of tissues at the vaccination site, emulating  the process of tissue damage to the placenta in preeclampsia. In both cases, the release of
mitochondrial DNA into the blood stream may trigger an acute autoimmune reaction.” (4)

The study concluded that:

“We have proposed in this paper a novel hypothesis for the underlying pathology that links autism, and extreme adverse reactions to vaccines. We would also recommend the elimination of aluminum as an adjuvant in vaccines.” (4)

“Aluminum is an experimentally demonstrated neurotoxin and the most commonly used vaccine adjuvant. Despite almost 90 years of widespread use of aluminum adjuvants, medical science’s medical understanding of their mechanisms of action is still remarkably poor. There is also a concerning scarcity of data on toxicology and pharmacokinetics of these compounds. In spite of this, the notion that aluminum in vaccines is safe appears to be widely accepted.” (5) – Dr. Chris Shaw, with the UBC Departments of Ophthalmology and Visual Sciences and Experimental Medicine and the Graduate Program in Neuroscience

I’d also like to mention that experimental research clearly shows that aluminum in adjuvant form creates a risk for autoimmunity, long-term brain inflammation and subsequent neurological complications and may as a result have profound and widespread adverse health complications.(5)

Professor Christopher Shaw and Dr. Lucija Tomljenovic of UBC (in a recent study) also show that the more children receive vaccines with aluminum adjuvants, the greater their chance is of developing autism, autoimmune diseases and neurological problems later in life.  A demonstrated neurotoxin, Aluminum is the only approved adjuvant in the US.   Its use presents the risk of brain inflammation, autoimmunity and other adverse health consequences.(6)

Just as a side note, it is known that aluminum accumulates in the brain and that this accumulation is associated with Alzheimer’s and Parkinson’s diseases and with Gulf War Syndrome. (7)(8)

“Experimental research clearly shows that aluminum adjuvants have a potential to induce serious immunological disorders in humans. In particular, aluminum in adjuvant form carries a risk for autoimmunity, long-term brain inflammation and associated neurological complications and may thus have profound and widespread adverse health consequences.” (source)

A study published in the Journal Pediatrics found that:

“Aluminum is now being implicated as interfering with a variety of cellular and metabolic processes in the nervous system and in other tissues.” (source)

The paper discussed above by Dr. Seneff is from 2012. In more recent news regarding Dr. Seneff, she recently presented more scientific research at the Third International Symposium on Vaccines in March 2014. It was part of the 9th International Congress on Autoimmunity. She was invited by the Children’s Medical Safety Research Institute (CMSRI) to discuss the adverse health effects of aluminum adjuvants and aluminum-adjuvented vaccines.

As noted above, Dr. Seneff commonly makes the case that neurological brain diseases are a result of an insufficient supply of sulfate to the brain. She argues that systematic sulfate deficiency “may be the most important factor in many of the health issues facing us today.”

“One of the consequences of insufficient sulfate in the brain is that it impairs the brain’s ability to eliminate heavy metals and other toxins. To make matters worse, those same toxic metals also interfere with sulfate synthesis. The net result can be an accumulation of cellular debris.” – (source) Claire I. Viadro, MPH, PhD

Some interesting studies have been done when it comes to Heparin Sulfate, which also plays a key role in fetal brain development, protecting against damaging free radicals. When it comes to autism and sulfate deficiency, intriguing evidence of what happens when heparan sulfate is deficient comes from both human and mouse studies of autism. In one study, “mice engineered to have impaired heparan sulfate synthesis in the brain displayed all the classic features of autism, including sociocommunicative deficits and stereotypies.” (9) (animal testing is cruel, unnecessary and not needed anymore. There are alternative methods that now exist researchers can use to do their testing.)

Another study published in the Journal Behavioural Brain Research found that this type of deficiency exists in the subventricular zone of the lateral ventricles of four autistic people. The authors concluded that this “may be a biomarker for autism, and potentially involved in the etiology of the disorder.” (10)

“In addition, melatonin not only transports sulfate but also is an outstanding antioxidant and binds toxic metals to help dispose of them. It may come as no surprise, then, that melatonin impairment has been implicated in autism.” – (source) Claire I. Viadro, MPH, PhD

As far as aluminum goes, it’s a well known fact that it plays a role in various neurological diseases, and that it may disrupt the pineal glands ability to produce sulfate, which means the brain cannot cleanse itself of heavy metals and they just continue to accumulate.

“The pineal gland is particularly susceptible to aluminum and other heavy metals because it is not protected by the blood-brain barrier and has a very high blood perfusion rate.” (source) Claire I. Viadro, MPH, PhD

The pineal gland’s vulnerability to aluminum is illustrated in a 1996 paper showing that the concentrations of aluminum in the pineal gland were “consistently observed” and “markedly higher” than in other brain tissues examined (pituitary, cortex, and cerebellum) (11)

“Scientists are taking note of the fact that we live in an “age of aluminum,” with aluminum exposure occurring through vaccines as well as multiple other channels. Moreover, although many experts would have us believe that the question of thimerosal and vaccine safety went away after federal agencies issued lukewarm recommendations to reduce its use as a vaccine preservative in the early 2000s, Dr. Seneff noted that thimerosal is still very much relevant.” (source) Claire I. Viadro, MPH, PhD

In summary, Dr. Seneff is pointing to the fact that many neurological diseases of the brain have a common origin, which includes an insufficient supply of sulfate to the brain. She is concluding that enhanced toxic metal exposure (aluminum) impairs the brains ability to detox itself and eliminate them. As a result, these toxic metals interfere with sulfate synthesis, create a heparan sulfate deficency which in turn leads to autism (as mentioned and pointed out with the studies cited above.) (12)

I’d also like to mention that autism is comprised of a very large spectrum. Some of the ailments associated with diagnosis might not be ailments at all, but gifts that are in no way associated with vaccines. On the other hand, I do believe in some cases, characteristics that are seen in some autistic children are the cause of various toxins from pesticides to vaccines, especially children who have a genetic make up that makes them more sensitive to these chemicals. In some cases (I believe) it’s a result of these various toxins, and again, in other cases I believe it is a gift, and possibly an evolutionary step.