My Country, Intertidal by Nowick Gray 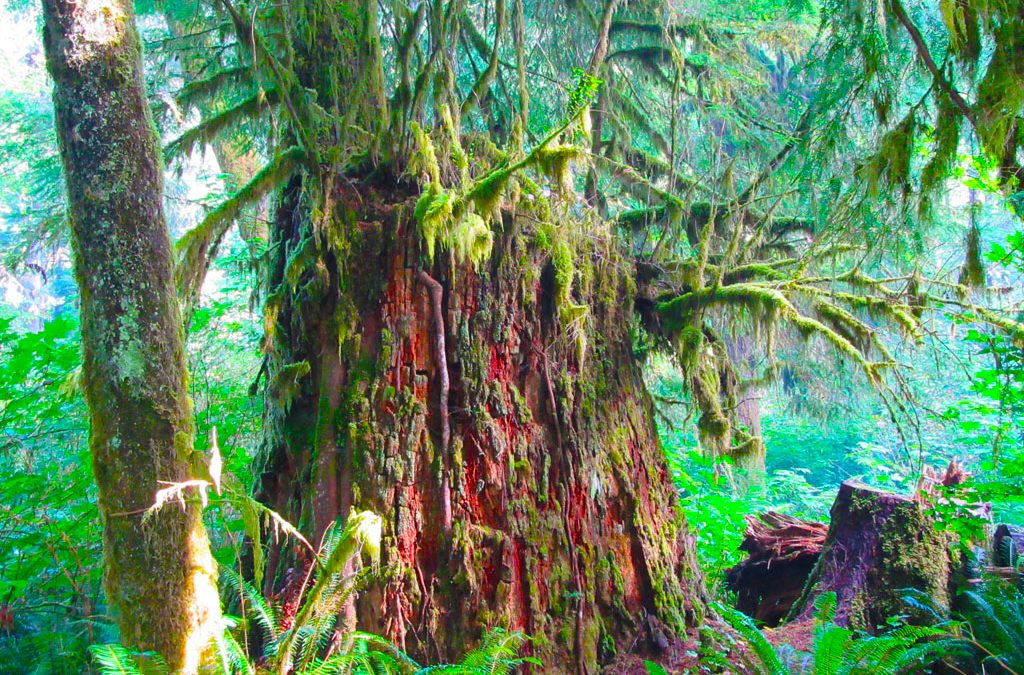 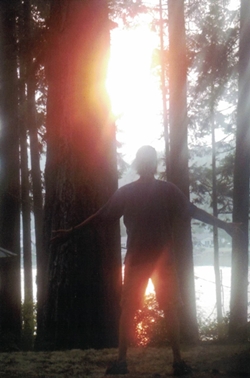 I’m the chairman of none other than the country of the self.

I would say, “my self,” or “my country,” but you might misunderstand, thinking I mean only my small self, or my nationhood.

No, it’s bigger: the Self you attain by breathing away the small one.

The Self inside so deep it goes through the other side, and doesn’t stop in China.

Mine, yours, it’s even bigger than “we,” that mere collective will of the willing herd.

“We” has also been too well stained in royal blue, or bloody dreams of a flag-draped naked emperor.

So I come back to simple self, a country without chains, a we that we understand.

What if breathing kept going, deeper than you thought?

What if breathing kept going, despite your thought?

What if breathing reached into stillness, and rested there?

What if breathing meant tearing off the mask and saying, “I can breathe!”

What if breathing meant you were still alive?

What if breathing showed us where we came from?

What if breathing showed us the way ahead?

What if breathing made us citizens of each other?

What if breathing gave us all the right to say, “my country”?

The scenes of colonial turnover in the 1966 Italian documentary Africa Addio show the ephemeral nature of that sacrosanct pillar of Western society, “property rights.” Flowered lawns bulldozed, fine silver fingered by the nouveau-bourgeoisie, furniture hacked up for cooking fuel…

Half a globe away, this side of that paradise lost, everything seemed so secure against the reservations and ghettos… until the hand of global “Reset” tossed the old Monopoly board aside without so much as a second glance.  A crashed economy now leaves open pickings everywhere, like the former farmsteads of the Boers, or the herds whose protected sanctuary gave way to modern democratic slaughter.

The chaos on the ground, now like then, is only a sideshow of trinkets, while trillions of real and negotiable assets pass into the holdings of the uber elite. We shall be their serfs: and by the time we saw it coming, it was a done deal. 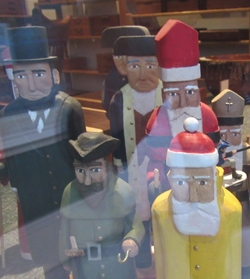 “First” does have a natural right to it. After first, there can be more confusion about who belongs: with internecine battles a la Gangs of New York. In the case of Canada, especially in British Columbia, many tribes never ceded away land rights in any treaty, and they still retain their aboriginal rights recognized (in theory if not in practice) by Canadian law. It’s the practice that’s the killer. Court injunctions on resource extraction projects such as mines, logging and pipelines favor industry over indigenous groups by a large proportion. So how might I dare to call this same land “My Country”?

I do so as a single sovereign human, not on behalf of any tribe. I am but a fellow human. I come in respect, most of all for those who came before: those now living on reserves, as well as their ancestors, the transient residents going back to the beginning. And in turn for the other beings, the four-leggeds and winged ones, and the myriad of unseen forms in that home of nature. Yes, I have been guilty too of violence against them, the wild and domestic, and of complicity in the colonial conquest. I make no bones about it: I am one man, living on this earth, praying and singing to make amends.

A mystical river, green-clad of primordial magic, guides our silent craft from a lake as large as the mountain behind, reflecting log-cuts shearing its shaggy fleece.

At the confluence, two hatchery workers strain to rig their cable net across in time to halt the spawning salmon, after the unseasonal rains have started the run.

In the eddy they are jumping, three feet long and fat. Upriver, the workers tell us, there is too much silt from erosion, and survival is under 50 percent. Though last year’s data sits on a desk, unattended, “because of Covid.” Likewise, there are no volunteers forthcoming this year. 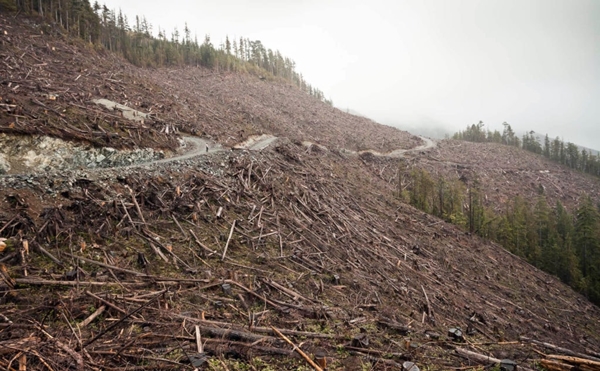 On the higher slopes the last remaining Old Growth is being cut, though camps and protesters are blocking equipment access. The Legislature sits idle. Fisheries has no funding. And the erosion from roadbuilding and rains is filling the river with silt.

Once upon a time, people lived in respectful balance with this land. Today “they are scared of Covid.”

“Yeah and the younger ones, everyone’s got the device in front of their face.”

The dog romps along the shore, barking at fish.

The ocean is also wilderness: an untrammeled horizon, a mysterious depth, unpredictable grace and fury. Try as we might to chart and scour it for all its riches, it fights back, retreats, smiles, sickens, groans, shows us again its planetary spunk. The ocean is not my country for living on, but I find a home nearby to hike or swim or kayak, and I know it as my own, as I am its own child: the Great Mother.

She who inspires contentment and happiness: the Big Ahhh…

The vibration that heals, individual and collective.

The vision that inspires, that we’re fighting for.

Not just against, in negative reaction; but knowing:

We will win this in the end.

The end, the vision, is in the beginning, the practice:

carrying the vibration of healing, of being healed and whole.

And, we will have to go through wrack and ruin to get there. 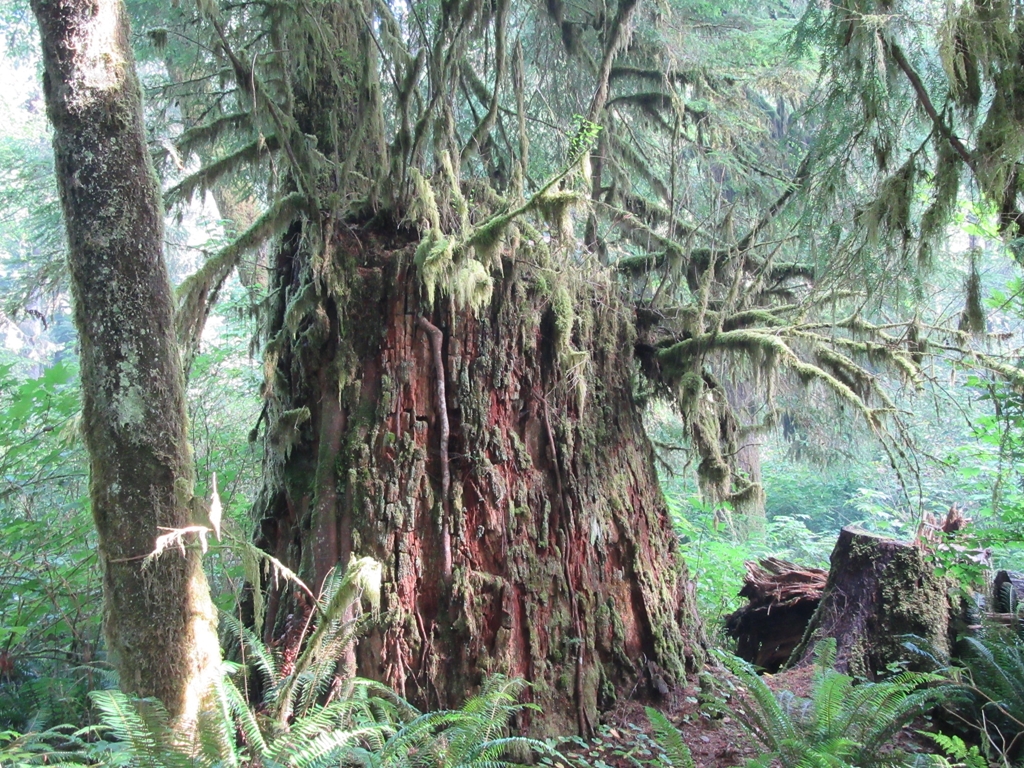 Nowick Gray writes from Salt Spring Island, BC. His books of genre-bending fiction and creative nonfiction explore the borders of nature and civilization, imagination and reality, choice and manifestation. Connect at NowickGray.com to read more. A regular contributor to The New Agora, Nowick also offers perspectives and resources on alternative culture and African drumming,   and helps other writers as a freelance copyeditor at HyperEdits.com.