Natural Protection Strategy Against Viruses, Including the Coronavirus 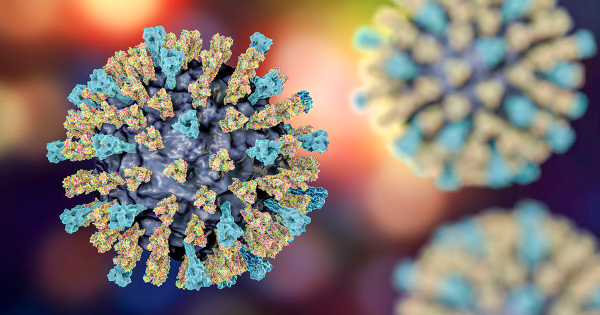 Natural Protection Strategy Against Viruses, Including the Coronavirus

Every person has multiple viruses in their body, and everyone has experienced a viral infection at some point in their life. In spite of this, the vast majority of people know very little about viruses and how they can protect themselves from the pain and suffering viruses cause

Viruses are very tiny germs; much smaller than bacteria. They are made up of genetic material with an outside protein exterior. They have some very unique characteristics.

What are the diseases/illnesses that are caused by viruses?

There is a long list of diseases caused by viruses including:

Viruses are very difficult to treat with conventional medical approaches. A few of the more effective treatments include:

Vaccinations for the flu and measles have not been shown to be consistently effective, but show some promise for the future. These efforts deserve to be continued. However, there are several natural approaches, that deserve to be mentioned, and they are supported by excellent scientific evidence.

Fruits and vegetables can also become infected with viruses. Norovirus contamination can occur before and after harvest from water runoff containing fecal matter, or when infected human touch the plants. Noroviruses do no grow on the plant like bacteria does. They wait until the infection is passed on to a human, and then it begins to multiply. Commercial harvest is safer before most produce it treated with irradiation.

However, when people buy produce at food markets this treatment is not used. A novel method of treatment has been developed by scientists in Quebec, Canada. The combined cranberry juice and citrus extract in a spray for produce such as lettuce and strawberries. Other produce sprays been effectively kill bacteria, but are not as effective on the norovirus. This spray turned out to be very effective. (The study was published online on February 12, 2020 in the Journal of Applied Microbiology).

There are a few viruses that are spread by human contact.

The special case of the Coronavirus

1. Vitamin C – Coronavirus: Exploring Effective Nutritional Treatments, Andrew W. Saul, Orthomolecular News Service; January 30, 2020. This article is based on more than 30 clinical studies confirming the antiviral power of vitamin C against a wide range of flu viruses over several decades. Vitamin C inactivates the virus and strengthens the immune system to continue to suppress the virus. In many cases, oral supplementation up to 10,000 mg daily can create this protection. However, some viruses are stronger and may require larger doses given intravenously (100,000 to 150,000 mg daily). Vitamin C helps the body to make its own antioxidant, glutathione as well assist the body in the production of its own antiviral called interferon. If IV vitamin C is not available there have been cases where some people have gradually increased their oral dose up to 50,000 mg daily before reaching bowel tolerance. Powdered or crystal forms of high quality ascorbic acid can be taken five grams (5,000 mg) at a time, every four hours. Every virus seems to respond to this type of treatment, regardless of the whether it is SARs, Bird flu, Swine flu or the new Coronavirus flu.

2. Vitamin D3 – Vitamin D helps fend off flu, asthma attacks, American Journal of Clinical Nutrition, March 10, 2010. This was a double-blind placebo controlled study where the treatment group consumed 1,200 IU of vitamin D3 during the cold and flu season, while the control group took a placebo. The vitamin D group had a 58% reduced risk of flu. Vitamin D3 is also very effective in the treatment of virus/flu infections:

3. Silver – Silver Kills Viruses, Journal of Nanotechnology, October 18, 2005. This study found that silver nanoparticles kills HIV-1 and virtually any other viruses. The study was jointly conducted by the University of Texas and Mexico University. After incubating HIV-1 virus at 37 C, the silver particles killed 100% of the virus within 3 hours. Silver employs a unique mechanism of action to kill viruses.

The best defense against swine flu, bird flu or the new coronavirus may be a few teaspoons of sliver every day. Bacteria and viruses cannot develop a resistance like many other treatments can. Silver disables a vital enzyme and mechanism in pathogens, so they cannot survive.

Other evidence-based herbal strategies for the flu

In addition to the previously mentioned vitamin strategies for preventing and treating virus-related illnesses, there are several herbal remedies that are also effective. Here are a few with proven scientific evidence behind them:

Elderberry – A study published in the Journal of Alternative andComplementary Medicine found elderberry can be used as a safe and effective treatment for influenza A and B.

Calendula – A study by the University of Maryland Medical Center found that ear drops containing calendula can be effective for treating ear infections in children.

Astragulus root – Scientific studies have shown that Astragulus has anti-viral properties and stimulates the immune system. One study in the Chinese Medical Sciences Journal concluded that Astragulus is able to inhibit the growth of coxsackie B virus.

Licorice root – Licorice is gaining popularity for the prevention and treatment of diseases, such as hepatitis C, HIV and influenza. (The Chinese Journal of Virologypublished a review of these findings)

Olive leaf – Olive leaf has been proven effective in the treatment of cold and flu viruses, meningitis, pneumonia, hepatitis B, malaria, gonorrhea and tuberculosis. One study at the New York University School of Medicine found that olive leaf extracts reversed many HIV-1 infections.

These are just some of the many anti-viral agents that should be included in everyone’s home remedy medicine chest. It may also be helpful to know which foods can provide the best anti-vital protection. Certain foods can provide strong anti-viral production. Some of the strongest foods in this category include:

It is a generally accepted fact that once a virus is in the body it very seldom leaves. The medications, vitamins and herbs that have been proven to be effective simply suppress the virus and limit its ability to reproduce. A strong immune system is the key to preventing and/or successfully treating any chronic illness. The key elements of this protection program include:

By adhering to this basic anti-viral strategy, it is possible to greatly reduce the risk of these virus-related illnesses, as well as most other illnesses. Conventional medicine offers very little for the prevention or treatment of most viral illnesses. Natural medicine offers considerably more solutions.

Charles Bens has a Ph.D. in nutrition and uses Functional Medicine as the foundation for his wellness consulting company Healthy at Work in Sarasota, Florida. He uses nutritional education, along with other natural wellness tools, to help employees make difficult lifestyle changes such as losing weight, smoking cessation or the prevention and reversal of chronic illnesses such as Type 2 diabetes. Employees seem to appreciate the impressive science behind these educational programs which include workshops, webinars, newsletters, articles and online coaching. In this article Dr. Bens presents the compelling science behind Functional Medicine, which clearly illustrates that this natural approach is safer, more effective and much less costly then the conventional approaches used by most employers and their healthcare providers.