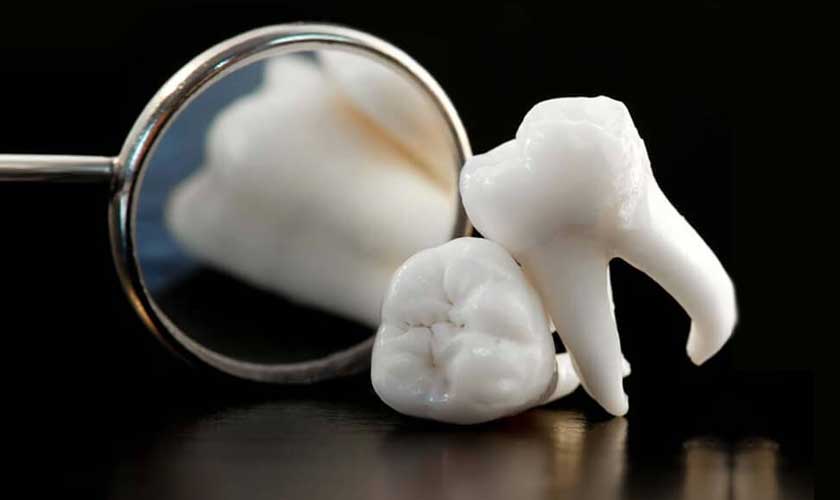 More babies are being born without wisdom teeth as human evolution continues to rapidly move forward in smaller spans of time, according to a new study.

According to research published in the Journal of Anatomy, the human race is undergoing a micro-evolution that has seen evolutionary changes take place over a shorter period of time than at any other point in the past 250 years.

Researchers from Flinders University in Adelaide, Australia, have found that modern babies are being born with much shorter faces and smaller jaws, which leave less room for teeth.

“This is happening in time as we have learnt to use fire and process foods more,” said Dr. Teghan Lucas, who co-led the study.

“A lot of people are just being born without wisdom teeth.”

Wisdom teeth are the third molars in our mouths, and consist of four broad and tough teeth at the back of our mouths. They are often surgically removed later in life if they don’t grow in healthy or fully erupt, remain hidden within the gums, or crowd nearby molars and result in damage to other teeth.

Lucas, along with fellow University of Adelaide professors Maciej Henneberg and Jaliya Kumaratilake, also found that some people are being born with additional bones in their arms and legs, or with bizarre connections of two or more bones in their feet.

The researchers also found that there has been a major increase in the prevalence of the median artery since the end of the 19th century.

The median artery forms while babies are in their womb, and it is the main vessel that supplies blood to the forearm and hand. However, during the gestation period the median artery is replaced by the radial and ulnar arteries – which are the two main arteries.

But increasing numbers of cases retain it, so a person can have all three arteries,” the study noted.

“This evolutionary trend will continue in those born 80 years from today, with the median artery becoming common in the human forearm.”

The startling results of the study show how fluidly human evolution can be, and the shortening time frames in which changes can occur.

“This is ‘micro evolution’ in modern humans,” Henneburg commented.

“The median artery is a perfect example of how we are still evolving because people born more recently have a higher prevalence of this artery when compared to humans from previous generations.”

The study was carried out through the tracking of rates of retention of different parts of the body across the generations and by dissecting the preserved corpses of people who were born during the 20th century.

“We’ve collected all the data published in anatomical literature and continued to dissect cadavers donated for studies in Adelaide and we found about one third of Australians have the median artery in their forearm and everyone will have it by the end of the century if this process continues,” Henneburg added.

The authors of the investigation suggested that changes in natural selection could be the driving factor motivating micro-evolution.

“But our study shows we are still evolving – faster than at any point in the past 250 years.”