North American Union? U.S. and Canadian Border Guards Can Act Against Citizens in Each Other’s Countries 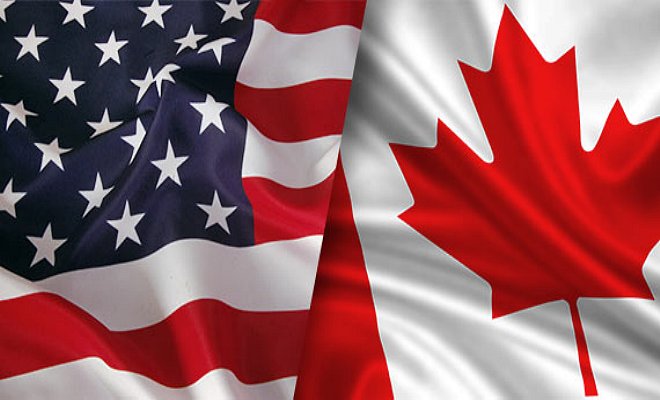 North American Union? U.S. and Canadian Border Guards Can Act Against Citizens in Each Other’s Countries

If you’re new here, you may want to subscribe to my RSS feed. Thanks for visiting!

(Psst: The FTC wants me to remind you that this website contains affiliate links. That means if you make a purchase from a link you click on, I might receive a small commission. This does not increase the price you’ll pay for that item nor does it decrease the awesomeness of the item. ~ Daisy)

Have you heard that “crazy conspiracy theory” about a North American Union that would meld the US, Canada, and ostensibly Mexico into one big happy mish-mash similar to the EU?

Because the Canadian government has signed away the sovereignty of its border to the US government with the Canada-United States Preclearance Agreement.

Before you say that this is Canada’s problem, you should probably note that it isn’t just Canada who signed away the rights of its citizens with this agreement.

What is the  Canada-United States Preclearance Agreement?

This is another of those horrifying documents with a happy sounding name, sort of like the “Patriot” Act. In August of this year, the Department of Homeland Security cheerfully announced:

The U.S. Department of Homeland Security announced today, in partnership with the Public Safety and Emergency Preparedness Canada, the implementation of an agreement to improve mutual security and expedite lawful travel through preclearance for travelers and their accompanying baggage on certain transports. The collaboration is articulated in the Agreement on Land, Rail, Marine, and Air (LRMA) Transport Preclearance between the Government of the United States of America and the Government of Canada, which supersedes the previous 2001 U.S.-Canada Agreement on Air Transport Preclearance, and expands upon the two countries’ partnership.

Preclearance is the process by which officers stationed abroad inspect and make admissibility decisions about travelers and their accompanying baggage before they leave a foreign port, simultaneously increasing efficiency and security. The LRMA provides the legal framework and reciprocal authorities necessary for U.S. Customs and Border Protection (CBP) and the Canada Border Services Agency to carry out security, facilitation, and inspection processes in the other country.

“Preclearance strengthens economic competitiveness and mutual security, and benefits travelers by expediting their clearance into the U.S. before they ever leave Canada,” said Acting Secretary Kevin K. McAleenan. “This agreement provides the opportunity for CBP to build on six decades of successful operations and, for the first time, to conduct full preclearance in the rail, ferry, and cruise ship environments. This achievement is important for the Department’s security objectives and is another example of just how close the U.S. – Canada relationship stands.” (source)

What does this mean for Canadians?

If you read past the immigration rhetoric in this Op-Ed, you’ll find that much of what American border patrol officers can do on Canadian soil is against the law in Canada…if Canadians do it.

Even if a Canadian official is “unwilling” to conduct a search or has deemed a detainment unnecessary, a U.S. official can override that call. In other words, Canadian law enforcement can now be countermanded within Canada by Americans.

This new authority also allows U.S. border guards to deny Canadians their right of withdrawal. Before the amendment to the law was enacted, if a person felt at all uncomfortable in the course of preclearance questioning she could simply leave, retracting her intention to cross the border with no penalty.

Now, as a result of amendments, the guard is entitled to detain her if he finds “reasonable grounds” to do so. And the request to leave in itself could be construed as reasonable grounds. (source)

So before the Canadian even leaves Canada they can be strip-searched, questioned, and detained by AMERICANS. On Canadian soil.

What does this mean for Americans?

Right now, you may be scoffing, “Stupid Canadians.” If so, then please re-read what the DHS said above – Canadian agents can act on US soil as per this agreement, too.

The LRMA provides the legal framework and reciprocal authorities necessary for U.S. Customs and Border Protection (CBP) and the Canada Border Services Agency to carry out security, facilitation, and inspection processes in the other country. (source)

Authoritarian action can be taken against citizens in their own countriesby agents of foreign countries.

A friend of mine noted that “coincidentally,” the United States-Mexico-Canada (USMCA) Trade Agreement was just signed last week too.

It’s enough to really make you wonder what the hell is going on. We’ve got Civil War brewing over in Virginia, the government permitting Canadian border control to act on US soil, Massachusetts taking your car if you’re caught with “untaxed vaping products,” and an impeachment circus in Washington, DC.

There is a dramatic shift happening right now and we all need to be paying strict attention. I don’t have the answers but I sure do have a lot of questions.

Daisy Luther is a coffee-swigging, globe-trotting blogger who writes about current events, preparedness, frugality, voluntaryism, and the pursuit of liberty on her website, The Organic Prepper. She is widely republished across alternative media and she curates all the most important news links on her aggregate site, PreppersDailyNews.com. Daisy is the best-selling author of 4 books and runs a small digital publishing company. You can find her on Facebook, Pinterest, and Twitter.