Oh what a Torturous Road Indeed… is the Way of the Reactive Mind. 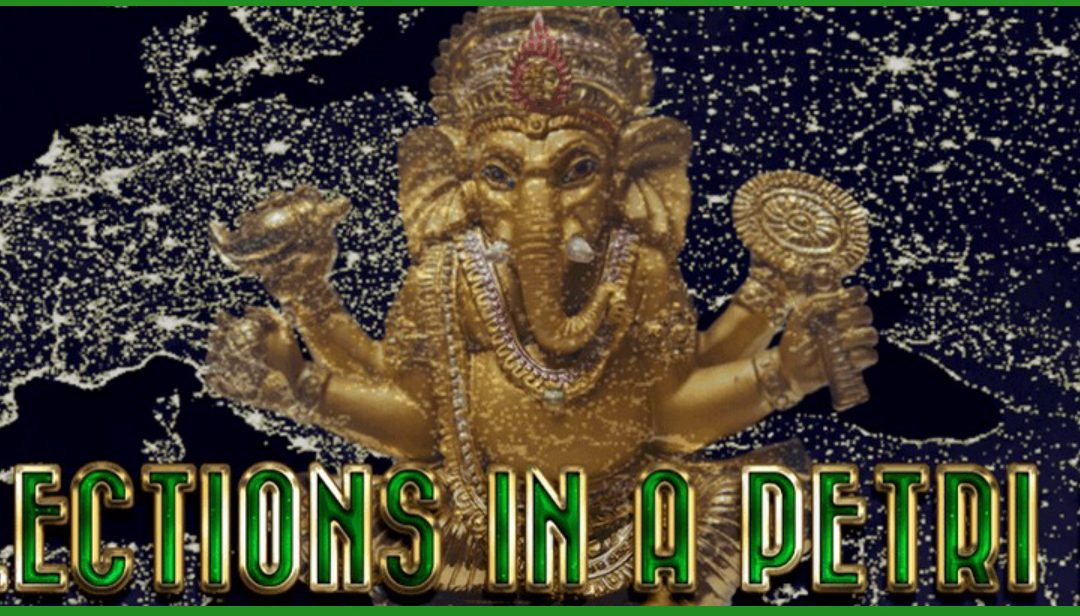 ‘As the landfill burbles with the toxic wastes of a disintegrating culture, I will be the voiceover…….’ – Visible

Oh what a Torturous Road Indeed… is the Way of the Reactive Mind.

Good afternoon dear friends! Today I want to talk about something we carry with us everywhere we go. It influences what we think and say and do, often to our detriment. It acts on its own accord… if we let it do so …and most of us do. It accounts for a great deal of the unfortunate events we read about or hear about every day. It is a part of us. We can’t get rid of it, despite the fact that it torments us and accounts for so much of what makes us unhappy; fearful, worried, poor… if we think we are poor, a failure… if we see ourselves as a failure and so on and so on because it accounts to a great extent for how we see ourselves. I am talking about the subconscious mind.

What did you think in the initial moment when you read those words, subconscious mind? I ask that because ‘most of us’ have a very confused idea of what the subconscious is. (I say, ‘most of us’ a lot because ‘most of it‘ often applies to most of us.) It’s simple really. It’s that part of the mind, the LARGER part of our mind that is just below the surface of our ‘self conscious’ mind. If our mind is a house and it certainly is in a particular sense, which is why The Magician Card of The Tarot is defined by the character Beth, which means ‘house’, the basement would be the subconscious. The ground floor would be the self conscious and the second floor would be the super conscious or… higher self.

Bethel is ‘house of God’. Those who are prone to reject all things with Hebrew connotation, due to the perversion of the Kabala by a certain group of people, should know that this was not their alphabet originally. They took it from The Chaldean Flame Alphabet.

Kabala is a system. It can be applied according to the intent of the practitioner. Used in one direction it will invoke conversation with angels (The Sacred Magic of Abramalin the Mage.) When it is reversed it can be used to invoke conversation with demons. I recommend we do not mess with these things in either direction, given that prayer will achieve the same result.

The means for control of the subconscious is pictured by the card, Strength. 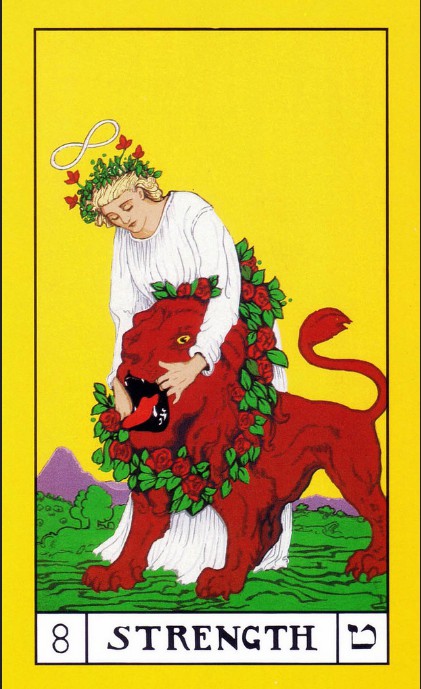 It shows the method whereby the lower energy forces, the animal nature, are to be controlled. It is preceded by The Chariot. 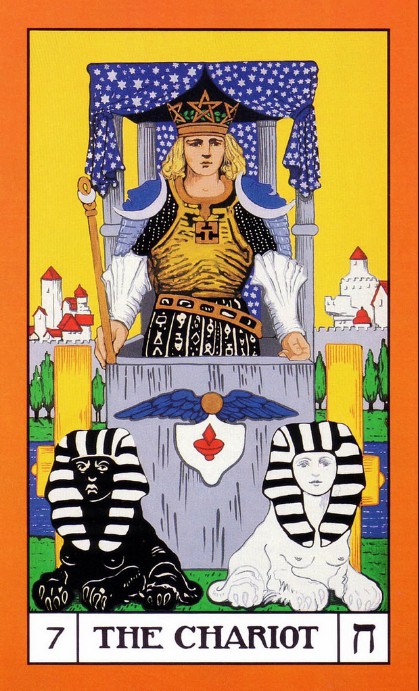 The meaning of that card is, ‘triumph in the mind’. This sets the stage for the control of the subconscious and this leads to the state of consciousness symbolized by The Hermit. 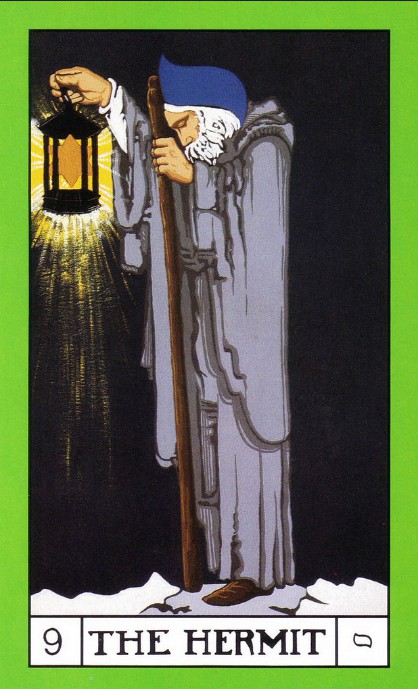 A simple definition of that state might be termed, Wisdom.

In the right hands and with the right intentions, one can wonderfully reprogram the subconscious mind. The intention of this spiritual system is to build and experience the divinity within. Perhaps ‘uncover’ is a better word. This posting is not about this system of thought. We mention these examples in the hope that they might create associations in the mind of the reader that could lead to revelations of a certain order and thereby galvanize inspiration. ♫oh happy day♫

We are in a position to transform our life and every aspect of it. First, let me give an example of what makes this kind of action difficult for most people. I’ll use diet, though I could find an example in any habit pattern common to all of us. We enjoy what we eat because of the way it tastes. Our tastes and our likes and dislikes are all programmed by our previous behavior. For many people, their dietary patterns are formed when they are children and are the results of what their parents put on the table and what they experienced on their own, whether eating in or eating out.

A large number of people are obsessed with their diet, just as much as they are ineffective at doing anything about it. Many people are critically concerned about their diet because of its effect on their appearance and the state of their health. We live in a time of expediency. We live in the time of, “I want it now!” We live in a time of immediacy and convenience. Many of us are paying for this in varying measures of pain and lack of energy, as well as a seeming inability to do anything about it. The key player in this whole affair is our taste buds. Millions of people have attempted to change their diet and are having a difficult time of it because of their taste buds. Their biggest problem is being unaware of the unavoidable time line that comes into play. No matter how you may want it all to go, it takes a minimum of ten days for your taste buds to adjust to a new diet.

Initially it can be very difficult because the subconscious rebels against change. Negative serendipity comes into play when items and opportunities seem to magically appear in the moment that conflict with our best intentions. This should be a clue to something but I won’t go into it. It’s better if it comes to the reader on their own. After ten days, the taste buds, remarkably, begin to accommodate themselves to whatever new behavior patterns were brought into being. In two weeks it seems like one has always been eating this way and this principle comes into play NO MATTER what you are engaged in or trying to change. You have to tough it out. The good news is that you can.

I consider myself very fortunate that diet is something I have been fairly disciplined about through my life. Presently I eat once a day. I don’t snack. I will occasionally have fruit or something at an earlier part of the day but USUALLY it is once a day, period. This means that my digestive process only comes into play every 24 hours. This has a powerful impact on one’s well being and also one’s mental state of balance and its processes. ALSO… having a discipline of this kind in place, something that comes into play every day, as certain events do… sleeping… evacuating wastes, etc. makes it much easier to apply disciplines to all the other routine events.

People talk about meditation. Most things are easier to talk about than to do. The same principle applies but the time frame is longer. If you will consistently meditate at the same time(s) every day, within two to six weeks you will see substantial improvements in your life across the board and you will find you have become unable NOT TO DO IT. The same applies to physical exercise. It is hard in the beginning and then you find, you are unable NOT TO DO IT.

I am getting older. It hurts in the morning when I get up. I observed my body losing strength, mobility and agility. Once again, I have been fortunate. I have mostly been disciplined about working out, whether it was in the martial arts, or in the more ubiquitous aerobic and anaerobic methods of which we are all familiar. I have learned that if I do not work my body in a regular fashion I soon pay a serious price that is far too costly for me to endure.

All the changes you might wish to implement in your life first begin in the mind. This is why we adjure you here to, ‘stand guard at the gateway of your mind’. It is in the mind that it is made possible for us to do anything and also to protect ourselves from the unfortunate results of the reactive mind. You MUST win at this. You MUST subdue the reactive mind and bring it to heel or it will make you its slave. This mind can be imaged as a monkey or a dog. It is an unthinking violation upon ourselves and others that we permit, to varying degrees, each day.

I am going to introduce you to a gentleman with whom you may be unfamiliar. He was a disciple of Paramhansa Yogananda. His name is Swami Kriyananda. Here he is speaking on the subconscious…

..and here you can find MANY short discourses by him.He is easy to listen to.

There is a book that you can download for free by Yogananda, which is about the subconscious mind and what you can do about it. NO ONE who takes the trouble to avail themselves of the information mentioned in this paragraph is going to walk away empty handed.

The most terrible things we are experiencing in these times are being caused by Materialism and its byproducts. As materialism intensifies, insanity intensifies and proliferates. The religion of Materialism is Atheism. The applied philosophy of materialism is Satanism. Satanism is the religion of self interest and Self Interest is the prevailing mindset of Materialism. It goes round and round and tightens like a noose around the necks of the unwary. NEVER has it been more important than to seek after the indwelling divine. Never has the possibilities of a quantum spiritual leap been so great, due to degree of difficulty.

One does not have to concentrate to any great degree to see that the people of these times are running pell mell, often out of control and… out of their minds, in all directions after material objects and experiences. One does not have to look to any great extent to see how people are treating each other in their mad scramble after meaningless acquisitions. One does not have to look too hard to see the evidence of perversity and depravity being engaged in on all sides and being elevated and validated as not only legitimate pursuits, but recommended behaviors, with the imprimatur of government and many religions upon them. “What does it profit a man to gain the whole world and lose his only soul?” 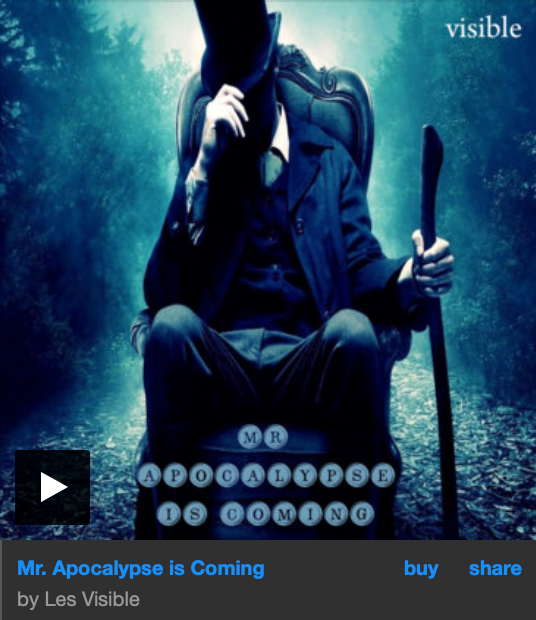