On This 4th of July, Biden Admin Preps for War Against “Domestic Terrorism” — and It Could Include You 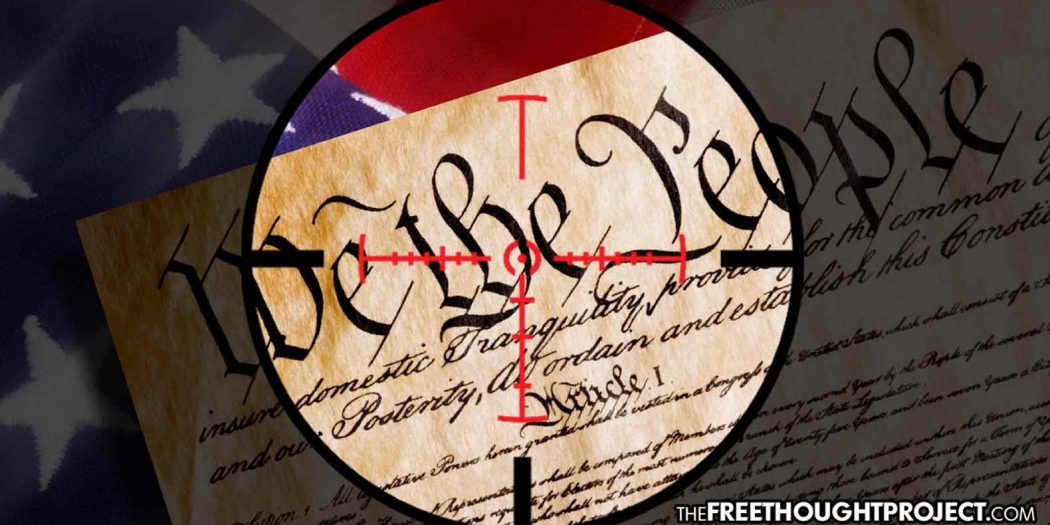 On This 4th of July, Biden Admin Preps for War Against “Domestic Terrorism” — and It Could Include You

As Americans don their red white and blue sequence bar-b-que aprons and raise their flags, ironically made in China, in an effort to “celebrate their freedom,” government is plotting away this very second to find ways to separate you from that freedom. While all recent presidents have made moves to achieve this very goal, under the guise of fighting domestic terrorism, the Biden administration has ramped it up — big time.

Despite the largely benign nature of the January 6 riot at the capitol, over the last six months, president Joe Biden has classified this unarmed group of rioters as the largest threat against democracy in history, issued DHS warnings, ramped up security, and turned Washington D.C. into a police state.

Despite Joe Biden running on a platform of unity to bring Americans back together, before he was even sworn in, he reneged on this promise by alienating tens of millions of Trump supporters — essentially declaring them the enemy.

“Don’t dare call them protesters,” Biden said after the largely peaceful march on DC which ended with a few hundred goons out of tens of thousands of peaceful protesters raiding the capitol. “They were a riotous mob. Insurrectionists. Domestic terrorists. It’s that basic. It’s that simple.”

While some of the folks certainly thought they were part of some coup, the reality of the situation was nothing at all as serious as the media and establishment has reported since. Nevertheless, the police state advocates are not letting this opportunity go to waste and are milking it for everything they can.

As we reported earlier this month, Biden’s administration announced their plans to create a means of family and friends to snitch on each other — to fight the largely non-existent threat of domestic terrorism.

In a teleconference, a senior administration official told reporters of a plan that sounds reminiscent of the Minority Report by attacking “pre-crime.”

“We will work to improve public awareness of federal resources to address concerning or threatening behavior before violence occurs,” the official said.

The official went on to explain how this would work, which involves family members and friends snitching on each other.

We will work to improve public awareness of federal resources to address concerning or threatening behavior before violence occurs.  And on that, I would just note that one of the things we’re talking about is the need to do something in this space, like the “See something” — “If you see something, say something” concept that has been promulgated previously by DHS.  This involves creating contexts in which those who are family members or friends or co-workers know that there are pathways and avenues to raise concerns and seek help for those who they have perceived to be radicalizing and potentially radicalizing towards violence.

“We are investing many agencies of the government and resourcing them appropriately and asking our citizens to participate,” the official said. “Because, ultimately, this is really about homeland security being a responsibility of each citizen of our country to help us achieve.”

Fast forward to last week, and the Biden administration announced “with a sense of urgency” an actual app that police will use to coordinate with the feds to track and monitor these real time reports.

Once the app is ready, “you can, if you’re a cop on the beat, get those sorts of FOUO [For Official Use Only] products from your federal partners on your phone,” said the senior White House official told McClatchy.

In true militaristic fashion, the official compared fighting to domestic extremism to being at war. “Frankly, that’s where it should be — it should be at the fingertips of those on the front lines of this.”

While there are certainly several very small groups of people willing to carry out violence against the US to achieve their means, the idea that there is some massive insurrection pining away, waiting to take over the government, is laughable. Nevertheless, the scope of what is considered “extremism” continues to widen.

Committees are being formed, laws are being passed, and a new era of “Patriot Act” America is rising as the establishment exploits the January 6 events to usher in a new level of totalitarianism.

Congress is seeking is a domestic version of the Patriot Act’s material-support provision, which criminalizes providing material support to a designated foreign terrorist organization. “Support” is a broadly interpreted term which could include participation in propaganda activities, civil protest, fundraising, even group membership—with no requirement to show any connection to furthering terrorism. This could encompass tens of millions of Americans.

Despite a slew of laws criminalizing domestic terrorism, many within Washington continue to push for even more. This is worrisome to civil rights advocates, who argue that increasing legislation means increasing the number of people who could be labeled as potential domestic terrorists.

“Such a law is not needed given the broad reach of existing criminal statutes,” Mara Rudman, executive vice president for policy at the Center for American Progress, says. “It will not solve the problem of domestic extremism and is likely to lead to unintended harms. … As lawmakers explore options for cracking down on these lawless and hateful acts, they should take care to ensure that the solutions do not create new risks for the communities they are trying to protect.”

“History is replete with examples of such laws being weaponized and used against vulnerable citizens, especially Black Americans, and against individuals who criticize the government,” Rudman said.

Indeed, all totalitarian regimes throughout history have successfully come to power by convincing their citizens to fear and turn against anyone who criticizes the almighty state. By continuously attacking what can and can’t be said about one’s government, all form of political dissent is eventually outlawed and even thinking about it becomes a crime.

Rather than create a new era of Stasi-esque legislation and enforcement, those who truly want to seek a peaceful resolution, would do well to understand what it is people are angry about and seek to address it — instead of outlawing it.

After all, as John F. Kennedy famously said in 1962, “Those who make peaceful revolution impossible will make violent revolution inevitable.”