Open Letter to Canada’s Health Minister re: the Conviction of David and Collet Stephan in the Death of their Son by Jillian Skeet 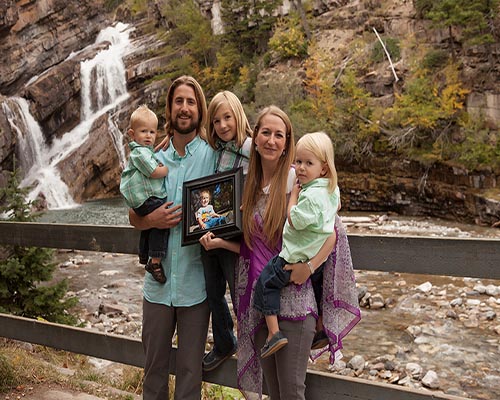 Open Letter to Canada’s Health Minister re: the Conviction of David and Collet Stephan in the Death of their Son

Re: Conviction of David and Collet Stephan in the Meningitis Death of their Son

First, please allow me to say how grateful I am for the many positive ways in which your government has been restoring Canadian values and the Canada I have always believed in.

I am writing to you with very grave concerns about the state of the healthcare system in Canada. I am not referring to surgery wait-times or a shortage of family physicians, I am referring to the fundamental basis on which medicine is being practiced in Canada, and the dangerous role that pharmaceutical companies are now playing.

With the recent conviction of David and Collet Stephan in the tragic death of their son from meningitis, it is clear that our entire medical establishment, with the support of government, media and the courts, has become beholden to the pharmaceutical industry.

Nineteen month old Ezekiel Stephan’s death from meningitis is a story that is all too familiar. However, it is usually medical professionals who make the news for missing the correct diagnosis and failing to act quickly enough to save their patients.  When parents or victims themselves fail to react to the symptoms in time, it is more common but less newsworthy. We never hear about them being charged with negligence causing death or failing to provide the necessaries of life.

A quick google search of ‘meningitis death’ will bring up a litany of stories from around the world where patients have been sent away from hospitals diagnosed with the ‘flu’, only to die shortly after from meningitis.  Here in British Columbia, there was a story a few years ago about a teenaged girl who was turned away at three different hospital visits. By the time she arrived at BC Children’s Hospital and received the proper diagnosis of meningitis, it was too late and she died.

Stories like this abound and clearly demonstrate that the case against the Stephans has little to do with Ezekiel and meningitis. What this case is really about is the growing threat that parents like David and Collet Stephan, and especially their family’s alternative health business, pose to pharmaceutical profits and pharmaceutical control of Canada’s ‘healthcare’ system.

Hardly a month goes by now without new attacks on alternative health products, alternative healthcare practitioners, and members of the public who do not fall in line with the pharmaceutical model of ‘drugs and vaccine’ healthcare. Ironically, while we all know about the Hippocratic oath sworn by western physicians (“first do no harm”), we never hear that Hippocrates also said, “Let food be thy medicine and medicine be thy food.”

I could write an entire book about the reasons why I, for one, do not trust this pharmaceutical-driven system, but let me share the most important story involving my son at the age of fourteen months.

Nine days after my son received his MMR vaccine, he had a severe adverse reaction.  He had all three of the major symptoms of an adverse reaction, including internal bleeding, as outlined in the Center for Disease Control Handbook, and within the specified time-frame of 1-6 weeks.  But, the ER doctors insisted that his reaction had nothing to do with the vaccine and that he was allergic to something I had fed him or exposed him to.  I disagreed and urged them to keep his file open until they could prove their case with a repeat reaction – they refused. 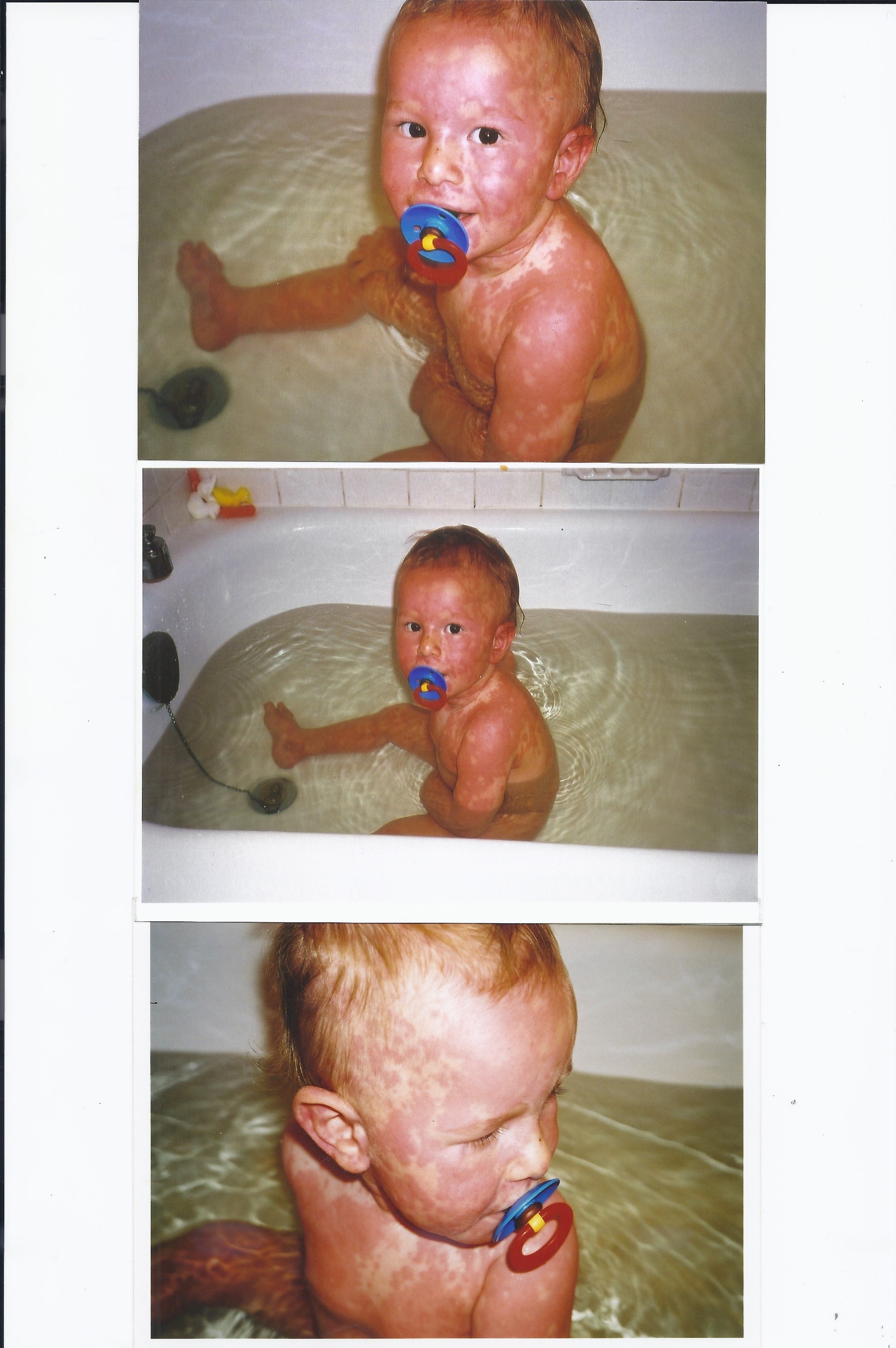 (My son 9 days after his MMR vaccine and just hours before he began turning blue and purple from internal bleeding and was rushed back to Emergency.  We had been sent home from the ER the night before with Benadryl.)

They also refused to report an adverse reaction to the MMR vaccine to Public Health, so I called Public Health myself.  I advised them that I had photos of what had happened to my son and I was assured that the Chief Medical Officer would conduct a full investigation and would request the photos at that time.  I was never contacted and some weeks later was simply advised to resume my son’s vaccinations as scheduled.

It was very clear that the doctors were not really interested in my son’s well-being nor in getting to the bottom of what had happened to him.  They closed ranks with the sole priority of protecting the vaccine system. Luckily when our family doctor returned from a month in Italy, she went against the ER doctors and reported the adverse reaction to Public Health.

My son is now 14 years of age, has not been further vaccinated, has the best immune system of anyone I know, and has never had a repeat reaction. The most serious and only life-threatening incident in his life resulted from the actions of our medical system.

Sadly, our system is no longer about protecting and promoting the health of Canadians. It is about increasing and protecting pharmaceutical company profits at any cost. Anyone who questions the system or promotes alternatives that threaten pharmaceutical profits, is silenced or vilified.  (Note: those with facts and truth on their side, generally welcome questions, debate and challenges as an opportunity to share their truth.  Those who resort to silencing, vilification and personal attacks usually do so because they do not have facts and truth to stand on. The more the medical establishment attacks parents rather than engaging in thoughtful debate, the more apparent it becomes that something is seriously wrong.)

I am a writer who frequently has letters and articles published in Canadian newspapers. In thirteen years of writing letters and articles about my son’s reaction to the MMR vaccine, not once has a single letter or article been published. Yet, Canadians are regularly treated to what can only be described as escalating hysteria in the media from the medical community, supported by governments, in reaction to growing public skepticism about the safety and efficacy of vaccines.

Unfortunately, the environment is such now that we cannot even question or engage in any kind of common sense or factual debate about the issues. Yet, a simple survey of some basic facts raises very serious issues.

I am attaching a copy of the pharmaceutical insert from one of the flu vaccines that is being actively promoted by our healthcare system. Please read the passages outlined in red on the flu vaccine insert below, and then read the assertions from the US CDC and the babies’ vaccine schedule from Fraser Health in B.C.

Safety is being presented as ‘fact’ even though the vaccine-maker clearly states that the vaccine has not been tested for safety in children nor for mutagenic or carcinogenic effects, and that it contains mercury which is known to be a dangerous neurotoxin at any exposure. 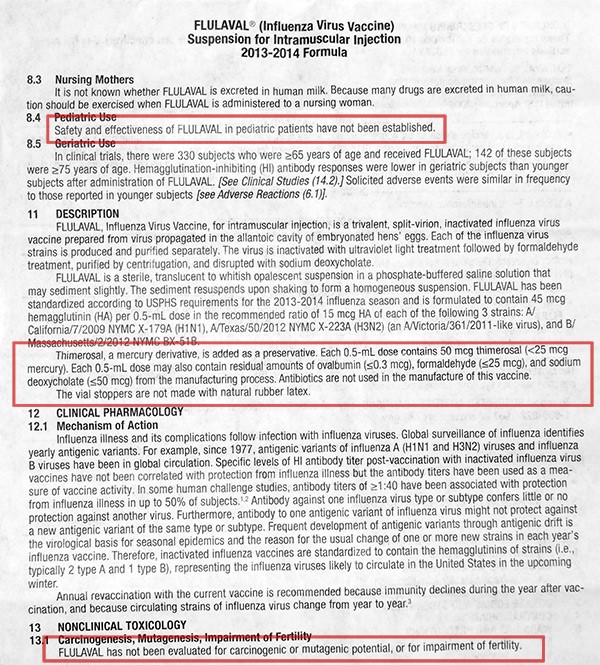 A CDC Factsheet for Pregnant Women contains the following paragraph:

The flu shot is safe for you and for your unborn child.

FACT: The flu shot is safe for pregnant and breastfeeding women and their infants. You can receive the flu shot at any time, during any trimester, while you are pregnant. Millions of flu shots have been given to pregnant women over many years. Flu shots have not been shown to cause harm to pregnant women or their infants. (http://www.cdc.gov/flu/pdf/freeresources/pregnant/flushot_pregnant_factsheet.pdf) 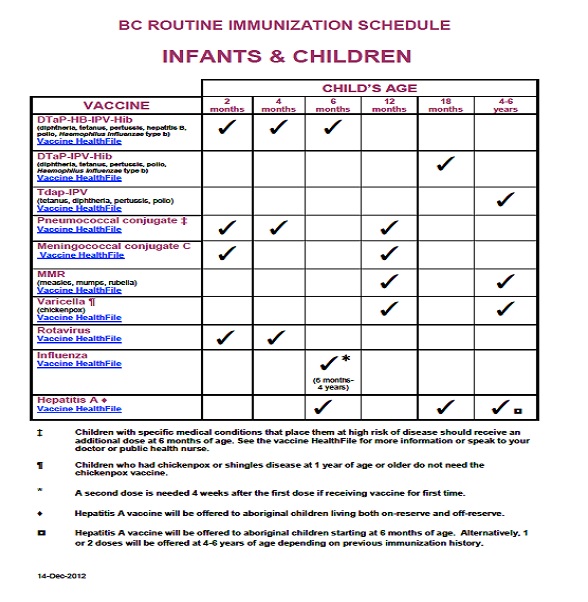 Note the special caution in point 8.3 in the pharmaceutical insert about the use of the vaccine on nursing mothers. Note also, on the chart above, that the flu vaccine is being promoted for babies over 6 months with a booster given one month later.

When I asked our Chief Medical Officer about the promotion of vaccines to pregnant and nursing women and for babies over 6 months that had not been tested for pediatric safety or for mutagenic effects, and asked why there was no public health emergency over the skyrocketing rates of autism amongst our children, our email exchange went strangely silent.

Rather than attacking parents for their growing reluctance to trust the system and vaccinate or medicate their children as directed, the medical community should be panicked about the astronomical (and escalating) rates of autism amongst our children, now believed to affect between 1 in 68, or 1 in every 25 children, depending upon the source.

The fact that this is not considered a Public Health Emergency of the Highest Order, and garners no attention outside of constant declarations that it is not linked to vaccines is, of itself, a huge red flag.

The best way for the medical community to prove its assertions and restore public confidence would be to prove what is causing this epidemic, so we can stop it in its tracks.  There doesn’t appear to be much of any research being done on causes – only on better diagnostic tools and treatments. Why is that? The social and economic costs to our nation are going to be devastating as these children become adults requiring special care – and the costs are already devastating for far too many Canadian families.

Added to all of this, I have been unable to find any coverage in any mainstream media in Canada of the Center for Disease Control scientist and whistleblower, Dr. William Thompson, who provided thousands of pages of documentation to a member of the US Congress indicating that the CDC altered research data to hide the link between the MMR vaccine and autism. Even if not yet proven, why does this not warrant so much as a line-item in our news media? Autism is a terrifying epidemic. Those with truth and proof on their side, should not be so fearful of such challenges and should be seeking the truth wherever it leads.

Within this environment, we have the story of David and Collet Stephan. The Stephan family’s Truehope nutritional therapy has transformed the lives of people living with mental illness throughout the world.  In case you are unfamiliar, Health Canada took the family to court about ten years ago in an effort to shut-down the production of their amazing nutritional product.

The Stephans won in court with testimony that indisputably proved that Truehope nutritional therapy was much more successful at curing mental illness than the psychotropic drugs on the market – and without the side effects.  A top Harvard psychiatrist came to Canada to provide testimony in the court case. And the product is now lauded by psychiatrists and psychologists around the world.

Truehope’s Empower is a product that should make us proud as Canadians and one that our government should be actively supporting for use within our healthcare system and for export around the world.

Instead, they have threatened and sued the Stephan family.  And now, they have charged and convicted David and Collet in the death of their son from meningitis – a disease that hits so suddenly and progresses so quickly that it is often fatal with or without medical intervention.

The conviction of David and Collet Stephan is one of the worst travesties I have witnessed in Canada. This action does not fit with the tone and policies of your government.

The legal process was begun under the Harper Conservatives. The case should have been dropped by your government, but I appreciate that just months after taking office, it was impossible to examine every file before you.

Now that you are aware, however, I request that you do everything in your power to reverse the decision and give these grieving parents their lives back.

What has happened to David and Collet Stephan is wrong.  I implore you to use whatever means are available to you to have this case overturned – as a first step towards rebuilding our healthcare system for the benefit of all Canadians and our country.

Alberta Ministers of Health and Justice