Designed specifically for bacterial infections, antibiotics are medical doctors’ favorite tools against most issues that walk into their offices. But oregano oil benefits are proving to be superior to some antibiotics, without the harmful side effects.

Essentially, taking this broad-spectrum approach is similar to dropping a nuclear bomb on a city instead of sending a special ops sniper team to take out the few enemy targets.

The good news is there is an incredible natural alternative to prescription antibiotics and that is oregano oil (also called oil of oregano).  Oil of oregano contains two powerful compounds of carvacrol and thymol that have powerful anti-bacterial and anti-fungal properties. 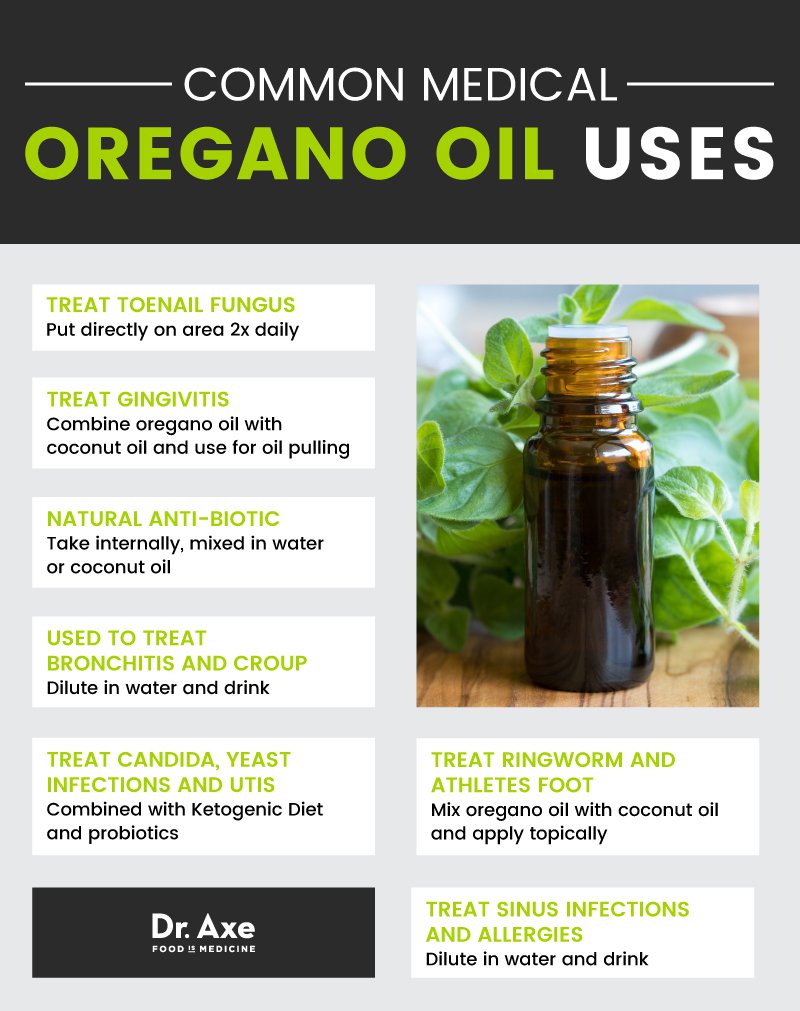 The Problem with Prescription Antibiotics

Overuse of antibiotics, and prescribing broad-spectrum drugs when they aren’t needed, can cause a range of problems. It can make the drugs less effective against the bacteria they are intended to treat by fostering the growth of antibiotic-resistant infections. And it can wipe out the body’s good bacteria (probiotics), which help digest food, produce vitamins and protect from infections, among other functions.

In a July study published in the Journal of Antimicrobial Chemotherapy, researchers from the University of Utah and the CDC found that 60% of the time physicians prescribe antibiotics, they choose broad-spectrum ones….

A similar study of children, published in the journal Pediatrics in 2011, found that when antibiotics were prescribed they were broad-spectrum 50% of the time, mainly for respiratory conditions…

Both studies also found that about 25% of the time antibiotics were being prescribed for conditions in which they have no use, such as viral infections.

A member of the mint family (Labiatae) oil of oregano is not what you put on your pizza sauce. Found in the Mediterranean, medicinal grade oregano is distilled to extract the essential oil and to preserve its healing compounds.

Taking over 1000 pounds of wild oregano to produce just 1 pound of oregano oil, it has been precious commodity for over 2,500 years in folk medicine expanding the globe.

The predominant healing compound, carvacrol, is arguably the most important component explaining why oil of oregano is so potent.

Over 800 studies reference carvacrol in PubMed, the world’s #1 database for scientific evidence-based literature, which emphasizes that research is quite supportive of its healing capacity. To give you a sense of what I mean, carvacrol has been proven to reverse or reduce: 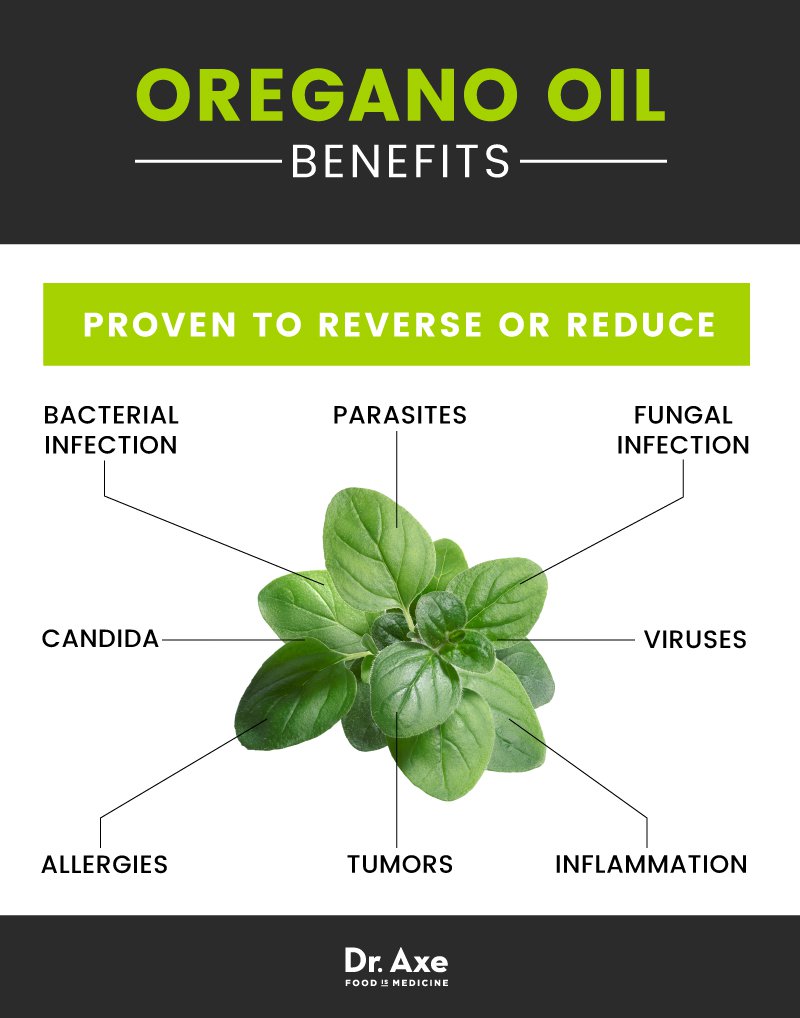 This past December, Journal of Medicinal Food published a study that evaluated the antibacterial activity of oregano oil against 5 different types bad bacteria. After evaluating the anti-bacterial characteristics of oil of oregano it showed significant anti-bacterial properties against all 5 species of harmful bacteria.

Interestingly, the highest activity was observed against E. Coli, which suggests that oregano oil should be routinely used to promote gastrointestinal health and to prevent deadly food poisoning.

Oregano Oil is More Than Just An Antibiotic

For instance, late last year, a study out of European Review for Medical and Pharmacological Sciences helped put the predominant phenol in oil of oregano in a league of its own. Shown to protect against methotrexate toxicity in rats, carvacrol was shown to prevent side effects to some of the world’s most dangerous drugs!

Methotrexate (MTX) is a drug commonly used to treat a wide array of issues from cancer to rheumatoid arthritis. Well-known to have dangerous side effects, researchers from Turkey evaluated oil of oregano’s ability to keep these factors at bay because antioxidants and anti-inflammatory drugs have proven to be ineffective at providing full protection against MTX.

By evaluating various markers in the sciatic nerve in mice, it was observed for the first time that carvacrol decreased the pro-inflammatory response in mice being treated by MTX. Being a relatively new concept in the research world, I expect to see more studies testing these results because “groundbreaking” doesn’t even begin to describe the significance of this study.

In a similar way, researchers from the Netherlands have even shown that oregano oil can also “prevent bacterial overgrowth and colonization in the large intestine during oral iron therapy.” Used to treat iron deficiency anemia, oral iron therapy is well-known to cause a series of gastrointestinal issues like nausea, diarrhea, constipation, heartburn and vomiting.

It should be noted that these two studies give hope to people who long to manage the horrible suffering that accompanies drugs and medical interventions. For someone on chemo or taking iron therapy, these “little” things mean all the world.

Oil of Oregano Uses and Warnings

You may be asking, what limits does oil of oregano have? At this point, it’s not perfectly clear. One thing that is certain, however, is  because of its insurmountable potency, medicinal use should only be administered under the guidance of a natural health expert.

I personally take oregano oil internally for a maximum of two weeks in most cases because it’s so powerful.  Also, when taking internally, it should be diluted with water or mixed with coconut oil.  The dried herb oregano is typically fine for pregnant women but when using oil of oregano pregnant women should use caution and only use if instructed by physician to do so.

Have you ever used Oil of Oregano?  Did you see results? What other natural antibiotics have you used? 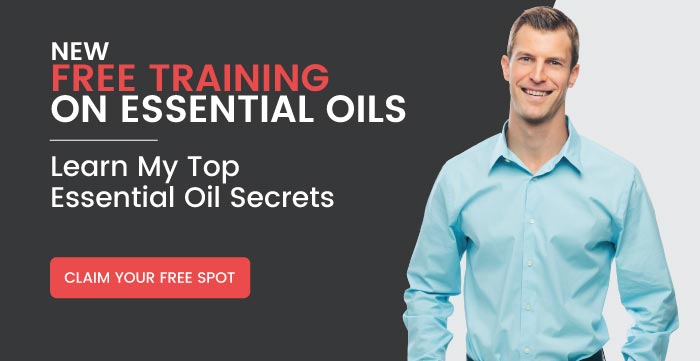