Orgone Energy and Our Perception of Sound 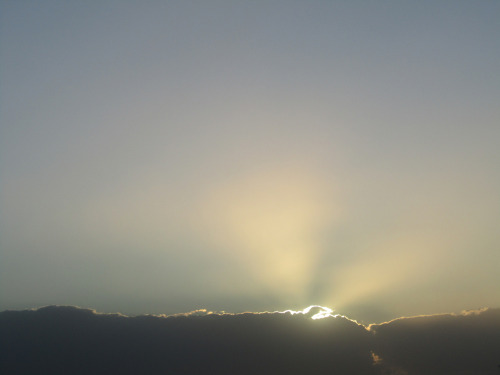 Orgone Energy and Our Perception of Sound

We live in a noisy world. There are many sources of life negating sounds. People are desensitized to abrasive noise and treat you like you’re weak and “sensitive” if it bothers you and you desire peace and quiet. In actuality, they are the ones with a problem and they enable the problem to continue by being apathetic. They allow their parasitic controllers to dictate their ability to rest, relax, concentrate, or simply exist. It’s the same as how they can eat McDonalds, which would send me to the emergency room, and how they can live in a head crushing DOR environment, while my head hurts after a few minutes of using a smart phone. There is really nothing we can do about neutralizing life negating sound, since it’s completely accepted. Or is there?

We had a computer meltdown last week and are still in the process of regrouping. This computer provided our morning white noise so that we could sleep past 7am along with performing many other functions in our daily business and work. We just returned from a big job in Fresno, gridding the entire city with orgonite. I would say we covered 95% of the cell towers, or a conservative estimate of 200 towers in the Fresno and Clovis area. It made a 180 degree turnaround in the atmospheric energy and the weather in one day’s time. We knew that when we returned to our home we would have to rearrange how we play our white noise, but we were too tired last night to get technical. So instead of doing this, we decided to see if the orgonite gifting would help the noise problem here, since these are very wide reaching operations. It did, and we got to sleep until we actually needed to get up to feel rested, a little before 9am. Normally peak noise hours by our house are 7-9am weekdays.

In the war on sleep, 7am is now the acceptable time for noise to start according to laws of most municipalities. Therefore, you may expect this to be your wake up time. You will be treated like you’re lazy if you have a wake up time that is later than this one, just like you’re treated like you’re crazy if you don’t like hearing a truck idling outside of your house for several hours each day. You may even be treated like you’re a deadbeat if you require eight hours or more of sleep. I am at my most efficient with at least 9 hours of sleep and I go to sleep after 11pm usually. Am I lazy, or have I done tireless research and work in the field of orgonomy day in and day out for five years? Am I lazy because I produce audio and video content, maintain a fastidious journal of our field work, write articles and a book, and constantly produce quality hand made orgonite because I am more productive in the afternoon than the morning? Most people don’t naturally wake up early and enjoy being up later at night. They are treated like the minority even though they are the majority because this world is parasitically infected and inverted. They don’t want us getting a good night’s rest. Noise is a huge part of the war on sleep.

Because people do not want to be alone with their thoughts, and because over decades their attention span and concentration have been eroded by television, computers, and now smart phones, they actually seem to be comfortable in noisy environments. I don’t know if they actually prefer them or not. I would need to take a survey. I don’t prefer noisy environments. I like peace and quiet and don’t mind being alone with my thoughts. But for most people, a moment of silence, which once resulted in lighting a cigarette, now results in grabbing for the smart phone and clicking around on the tiny screen or watching a video. Then they feel better. All the thoughts are gone and replaced with the thoughts the parasites program through the phone.

There are two ways in which we are now seeing the possibility of using orgonite to help with noise pollution. One is by reducing the effects of mind controlling EMF. We have actually witnessed different and unusual human behavior in thoroughly gifted areas. By unusual, I mean behavior that is almost human. The other way it can help is by changing our perception of sound, or perhaps the quality of the sound itself. Life negating noise is consistently quieter on high OR days.

Regarding the human mind, we noticed that the usual perpetrators of morning noise were less active this morning. Trucks were shut off and not left to idle, workers who burn off hours bulldozing, chain sawing, and driving tractors were absent. It was odd, but of course welcome given how tired we were after two full days of heavy work and long drives. We had a most peaceful and harmonious morning. We have seen a direct correlation between high OR and less mind control related noise. The smart phones dictate most people’s thoughts actions most of the time by rerouting mental pathways. If they want to target you with an etheric attack, they do it through the phone or wifi. If they can’t do this to you because you refuse these devices, they will program others around you through their devices to disturb and abuse you.

In Fresno, I had a very interesting interaction with a young EMF addict at Whole Foods. We were eating our lunch at a long communal table and a little man sat down next to Gabriel. He immediately started playing some game on the smart phone which made annoying jingling sounds. Gabriel looked at me and said it was time to move. I did something I don’t usually do because it never works and usually ends in frustration. I asked the addict to please turn off the sound or put on his headphones. He looked at me with utter shock, mouth agape. He said unexpectedly, “I’ll do it just for you.” I thanked him and continued eating. A few minutes later, he grabbed for the phone and put on a music video. We got up and moved. What interested me about this exchange was that he turned it off at all. Most people of that low consciousness level cannot understand why others would not want to hear mind numbing media played through horrible quality speakers. I believe that it was the neutralization of the towers that even allowed his mind to be considerate for a moment. Of course, the addiction then took control again.

There is one more aspect to noise that I have noticed over the past several months and especially in the past few days. In Fresno on day one before gifting the city, we awoke to a lot of traffic noise since we were staying near an intersection of two major streets. The next day, also a weekday, the same traffic sounded like it was at about half the decibel level of the first morning. This is after over two thirds of the city was gifted. Nothing had actually changed physically in the amount of traffic. Recently near our house, I have noticed that on high OR days, the same negative sounds are quieter. On DOR days they are much louder. This morning, I heard some traffic and motors outside, but it was so quiet it almost sounded like nothing, and this is a weekday with typical weekday traffic. It was also an exceptionally high OR day with cold, clear air after the high winds throughout Central California last night. We didn’t even need our white noise or earplugs. It was dead silent outside all morning.

When OR is high, the landscape looks different. It’s more vibrant and colorful. On DOR days, the same land looks grey and drab. OR changes the way things look. Vision is our mind translating a vibration into the sense of sight. This vibration is affected by life affirming and life negating energy. It would stand to reason that since sound is a vibration, it can also be affected by these energies. OR seems to either change the quality of the sound or how it is perceived by our minds. Our ears translate the vibration into a sense we can understand. On a high OR day, life negating sounds seem to be neutralized. On a high DOR day, they are amplified. These new discoveries may be yet another way to combat life negating frequency, in this case sound. OR and DOR truly are at the core of everything we perceive in the Universe. They are the energies of creation and destruction, and one cannot exist without the other. We should choose creation over destruction in our own lives at every chance we get and that includes the auditory sense.